Make a product so good that people who don't work for you are excited to tell their friends. Charge people for the product. Make money.

Sometimes, larger companies have an even narrower focus.

Buyout the competition. Charge people for the product. Make money.

hint: run far away from companies that grow significantly through acquisitions. They care even less about the journey.

The problem is that these mission statements describe the "destination" and ignore the "journey".

Competent leadership is as much interested in the how as they are the what, for they know that to get from A to B, there's a journey. Poor planning and preparation can be cause for a much longer and harder journey. 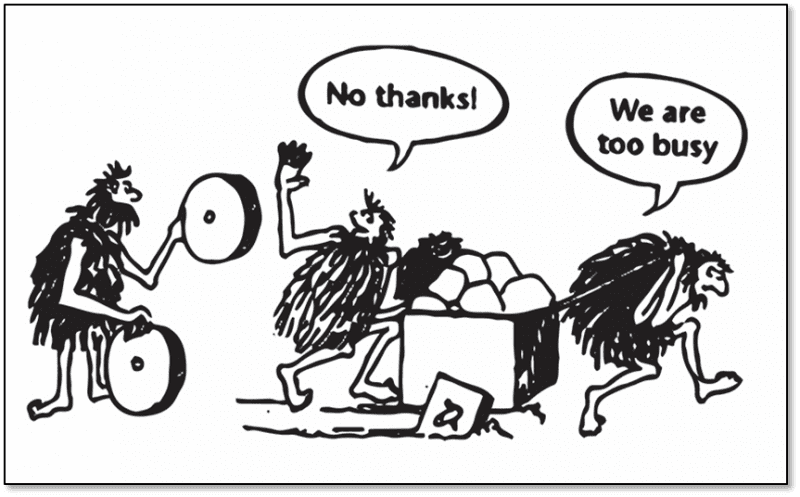 I just coined this term. Maybe it takes off. Enablement Engineering is about writing automation, abstractions, conventions and patterns that work across teams and projects. It's about being passionate for honing the "Developer UX" of tools and processes. Finally, it's having a deep understanding of the costs and risks involved in writing and deploying software, both from 3rd parties such as AWS, Heroku, Datadog, etc, but also the time factor that keeps developers from moving as quickly as they can, since in theory, you could measure the cost of a feature, by how long it takes to deliver it.

Here's the evolution of Enablement Engineering:

When you reach the end, things seem to "just work". There's seldom a need to perform any "special" or "adhoc" tasks or deployments. And all code and configuration is in Git, allowing developers to interact with, update, and manage every aspect of their application and operational mechanics without needing to reach out to another team.

Teams become autonomous units, being able to focus on delivering features as fast as they can think them up, all while maintaining a high level of confidence that nearly every conceivable check, pre-check, alert, or rollback is being done automatically to keep the application running with minimal customer impact.

Every tool, every new feature that an ENABLER writes, can be used by any team, and any project.

This has an exponential effect on the business's bottom line. The ability to deploy and maintain high quality code by doing what developers already do... commit.

When builds and deployments happen in minutes vs hours, days, weeks, or months. Developers can move quickly, write, commit and publish smaller, low-risk changes more frequently. They can perform A/B testing to get feedback on design decisions. They can react in real-time with the demands of the business.

Once suspended, ghostsquad will not be able to comment or publish posts until their suspension is removed.

Once unsuspended, ghostsquad will be able to comment and publish posts again.

Once unpublished, all posts by ghostsquad will become hidden and only accessible to themselves.

If ghostsquad is not suspended, they can still re-publish their posts from their dashboard.

Once unpublished, this post will become invisible to the public and only accessible to Wes McNamee.

Thanks for keeping DEV Community 👩‍💻👨‍💻 safe. Here is what you can do to flag ghostsquad:

Unflagging ghostsquad will restore default visibility to their posts.