Most of us build our web projects with components. It makes our code more reusable, more maintainable, more testable, and easier to understand and debug.

We often share a few of these components, to be able to use them across projects. A "design system" for the UI, and some sort of a "toolbox" with util functions, for our logic.

Why, then, do we stop there? Why not share and collaborate on everything?

What you really need is a way to develop, share and modify individual components from any project. Why? Because being able to pick and choose the components (and component versions) for your project, and being able to propose changes, increases the likelihood that these components will actually be used (and reused).

That naturally translates to faster development and higher standard of code.

Bit is an extensible development platform that offers everything you need to collaborate on components (that is, instead of only collaborating on projects)

We will create a Bit workspace, version it using git, and (on top of that) version each of our components (managed by the workspace) independently, using Bit.

Two layers of version-control, one for our entire project and another for our components. As you'll soon see, the two work in harmony to produce better, more effective, collaboration on code.

Bit will not only version each component independently but will also enable us to develop, test and build, each of them independently.

A Bit workspace is where multiple components are developed and composed together, while maintaining each as an independent project.

The following files were created:

workspace.jsonc - The workspace configuration file that sets rules and policies for the workspace and all its components.

Notice there is only one configuration file for all our future components. That's possible thanks to Bit's CSS-like configuration system, where group of components are selected and configured together, and where specific selections override the more general ones.

.bitmap - This is where component files are mapped to component IDs, so that Bit would track them and manage them as a discrete unit (essentially, this is where the "isolated development" starts).

.git/bit - Your local scope. Where your workspace component repositories are stored.

2. Create component files, source-control and manage them as independent components

Let's create two React components, a 'button' and an 'app-bar'. Each component will have its own directory.

Each will have the following files:

To track them we'll run:

Our components are now each managed and source-controlled independently.

Our tracked components are now also visible in Bit's workspace UI. To see them, run Bit's server, and open localhost:3000 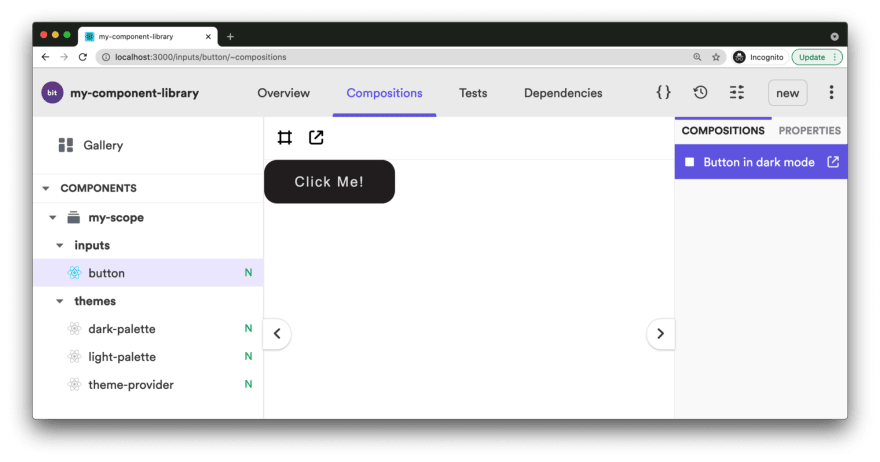 3. Run each component's CI and tag it with a new release version

Our components are ready to be built and tagged with a new release version.

The above tag command will not only version our components but will also build them each in their own isolated environments. That is, it will copy their source files and configurations (set in the workspace.jsonc) to a directory that is isolated from the rest of the workspace. Once that's done, it will test and build them.

The build workflow, the test runner, the compiler, the linter, and other development tools - are all determined by a pre-configured shareable component development environment. Learn more about it here.

The artifacts produced by the build process will all be versioned as well, along with each component's source-files and configurations. 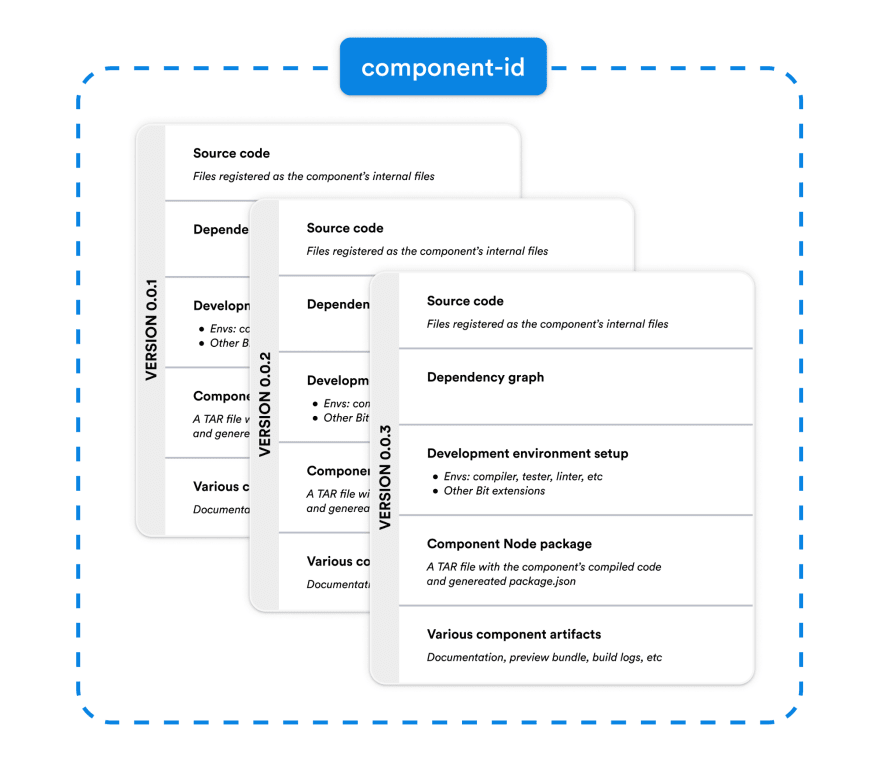 One of the versioned artifacts is the component's package (with an auto-generated package.json file). The package is used by other components when:

The remote scope to push the components to, is set in the workspace.jsonc configuration file.

A remote scope can be created on bit.dev for free, or by hosting on your own server.

To 'import' (clone) a component into a Bit workspace, run:

Shared components can be found on bit.dev (or on your self-hosted Bit scope).

5. Suggest a new component release version with Bit and git

Instead of locally tagging a component with a new release version (and exporting it from your local machine), we can run:

This will update the .bitmap file with the suggested version (without actually tagging the component with a new release version).

Once we push the workspace to Github (along with the .bitmap file) others can review the suggested changes, and your CI can “hard tag” the suggested component versions. and export them. Learn more about this process here.

6. Push the Bit workspace to Github and Run a CI to tag the modified component with a new release version

A tool for component-driven application development.

Open infrastructure for component-driven applications to speed and scale development 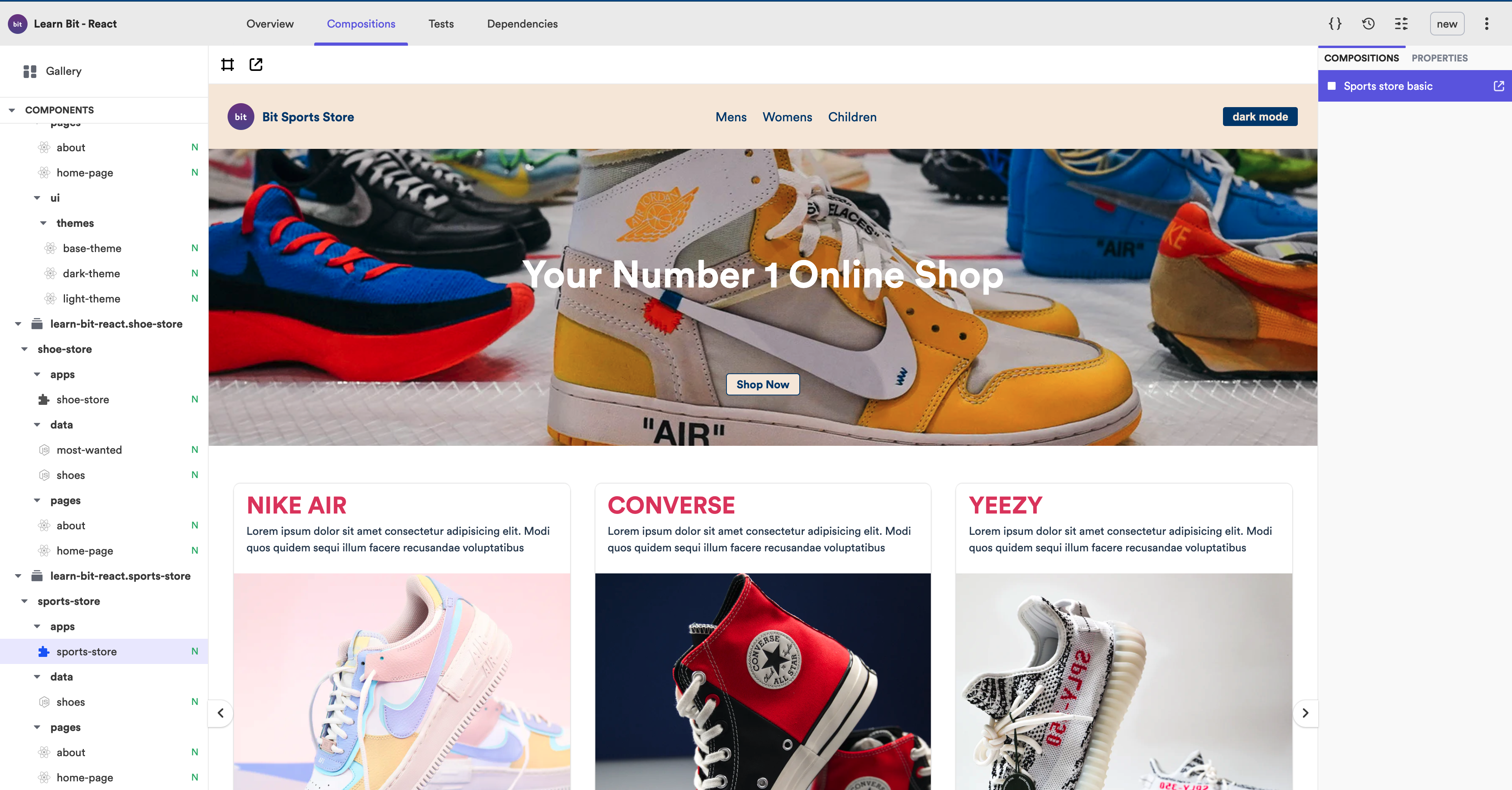 Bit is an OSS Infrastructure for building and composing components. It is an extensible toolchain for component-driven applications / systems which are faster to develop, simpler to understand, test, and maintain, more resilient and performant, and easier to collaborate on.