First I want to start by saying that I am not affiliated with Dracula nor is this a sponsored post, I am just a fanboy 🤓

People that use a dark theme for their dev environment might have already heard about Dracula, it is one of the most used custom dark themes and has support for a wide variety of applications (Jetbrains, iTerm, Slack, ...).

I have been using Dracula for some time now and for every application that it supports. I find this useful to have a similar theme across multiple tools. Also it being open-source is a huge bonus for me.

A couple of weeks ago @zenorocha announced that he was working on a Dracula PRO alternative but didn't share any details about it. I was very excited to see that the creator of Dracula is working on something new.

This week he finally released Dracula PRO! It is a very similar dark theme but for this he did a lot of research in color palettes and used a more mathematical approach to define the colors that he used.
Also instead of only 1 theme he created 6 different variants that are slightly different from each other so that users can decide which one they like more according to their personal taste.

Zeno also handpicked 4 monospaced fonts with ligature support that would work best with the Dracula theme. He released the Dracula Pro theme with support for 10 application and from I heard more will be added in the future.

I know that I will be buying and trying out the new Dracula PRO this weekend!

What do you think about this new theme and would you consider spending money on a theme?

Also if you haven't seen it yet ploi.io is giving away a Dracula Pro license on their Twitter! 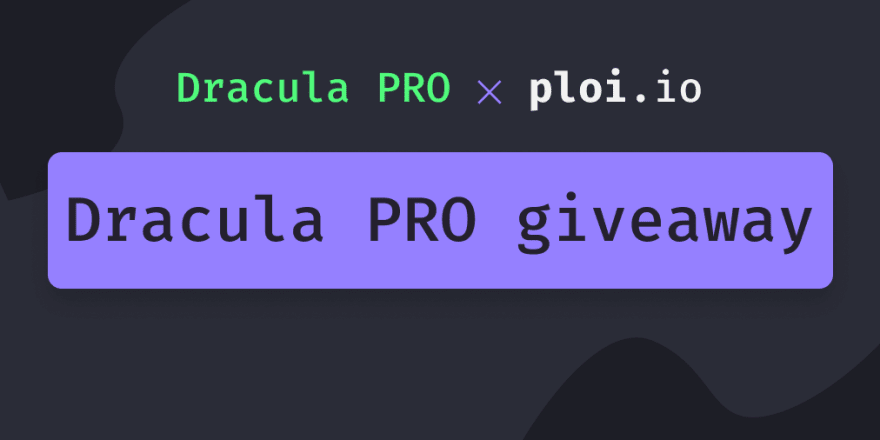 Win a Dracula Pro license (by @zenorocha), awesome theme colors for your IDE 🎨

Retweet & like to enter the contest, the winner will be determined 17th of February 💙

Native Android developer/Consultant for Appwise, I work on custom projects for clients. PHP/JS (web) developer in my freetime. Trying to keep learning in an ever changing tech world.

How To Become A Better Programmer: 11 Actionable Tips

How much time you're wasting in your day?

The Best Frameworks to Build a Minimum Viable Product

Learn to code. Code to learn.