One thing led to another and I just wanted to get a game of any kind running on an Xbox One. Initially I wanted to get a HTML/JS demo on there but I settled for Unity since it had a build option for UWP. Regardless, the first milestone to hit was getting a basic UWP deployed to and running on the Xbox.

I followed the well-written documentation and the process was mostly smooth. It went something like this.

Of course, it was time to get a Unity demo in there next! At this point, the documentation gets a little weak. I ran into a few build errors but resolved them.

The first build error one may run into is that the default Build Type might be set to D3D Project. UWP Apps on Xbox are not allowed to use this so it needs to be set to XAML.

The second build error can occur if you're missing C++ Universal Windows Platform tools. I couldn't find this option during my Visual Studio Installer step so I thought I already had it installed. I didn't.

In the end, I got a simple Unity demo running on the Xbox. Now it's time to flesh it out. What will the performance be like, I wonder. 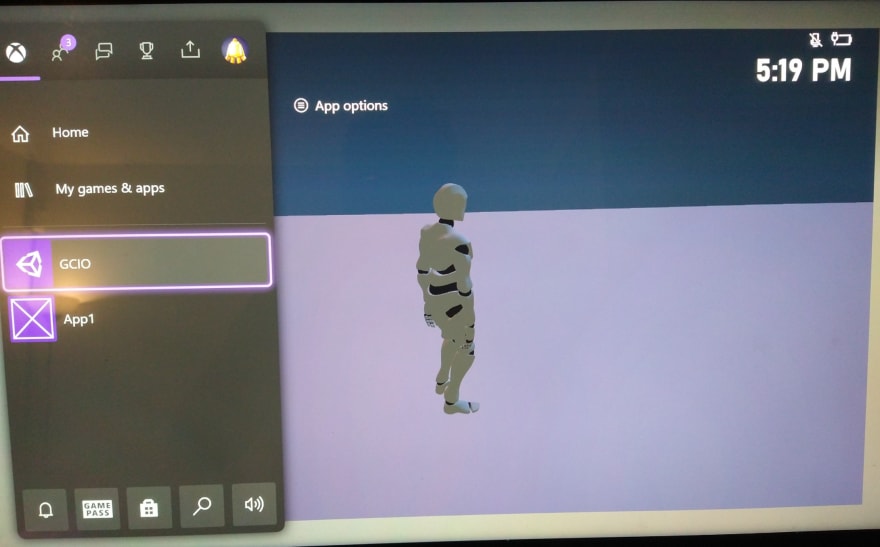 TIL: Tornado | Fix "tornado.util.TimeoutError: Operation timed out after 5 seconds"