When I started programming at the beginning of this, I had no clue how much I would like it. Starting at Codaisseur Academy I learned the basics and after 8 weeks and 50 hours of coding and hands on work per day, I officially graduated and was able to make full-stack applications.

I learned how to use NPM and use packages in the Node.js back-end applications as well as importing them into the front-end React.js applications. However, never was I told how to make and publish packages of my own. It seemed so daunting in the beginning. What do you make? How do you publish? Version control? Testing? CI? Where would you start? Then I saw this comic: 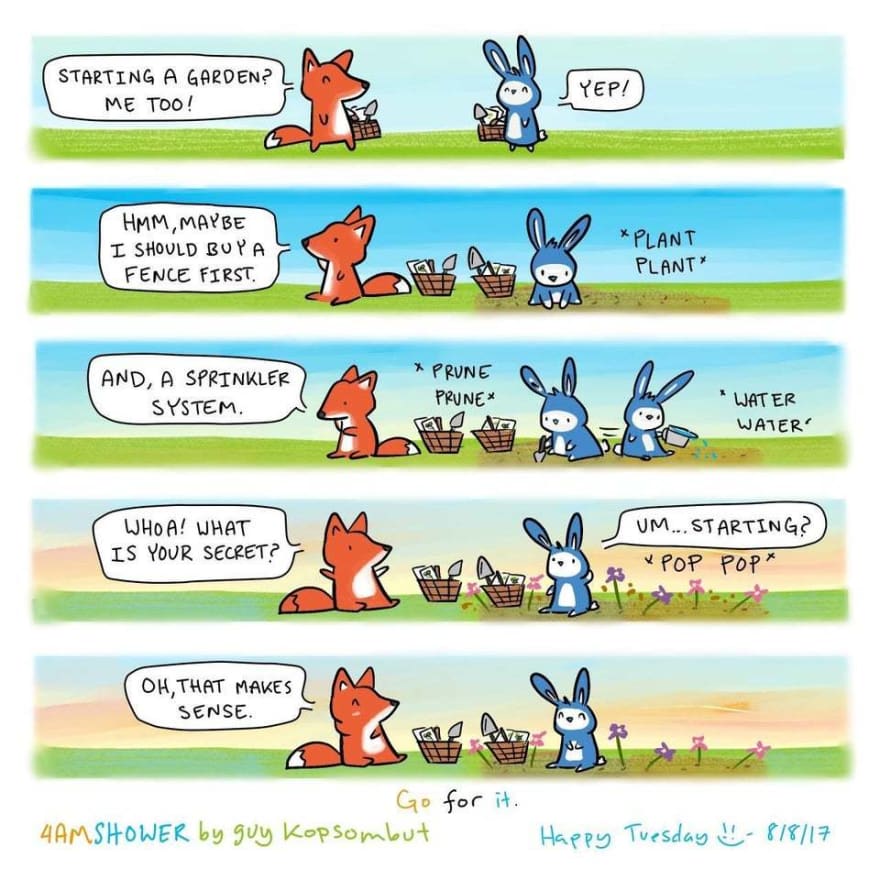 So a short while ago I decided to just start with making something. I picked something I encountered in my job, where we use Ruby. In Ruby there are methods, called inflections, that convert strings into (sort of) formatted strings. One of those is called titleize, which converts a string into something that represents a title. I decided to make that as a package for NPM.

I created a folder, initialised NPM, and created a file that held my function. Then there are a few things to note:

Or whatever you called your package and import it into your files!

Publishing a package is super easy:

How JavaScript Variables Should Be Named

Robin Goudeketting
JavaScript & TypeScript Full-stack developer
Where do you cross-post?
#discuss
GitHub Actions: Setting up CI for a JS/TS/Node project
#github #git #devops #opensource
What irritates you the most as a developer? 👩‍💻👨‍💻
#watercooler #discuss