Why we use stacks ?

Stacks are used to solve many problems since it mimics the behaviour of many real world problems so it’s used as a model of those problems things like :

How to implement a stack ?

Mainly there is two ways to implement a stack either you use arrays or linked lists and in our example we will use linked lists.

this data structure is already implemented in most of the languages and the implementation sometimes is different from one language to another one , but for the sake of understanding the mechanism of it, we will implement it with it’s operation. 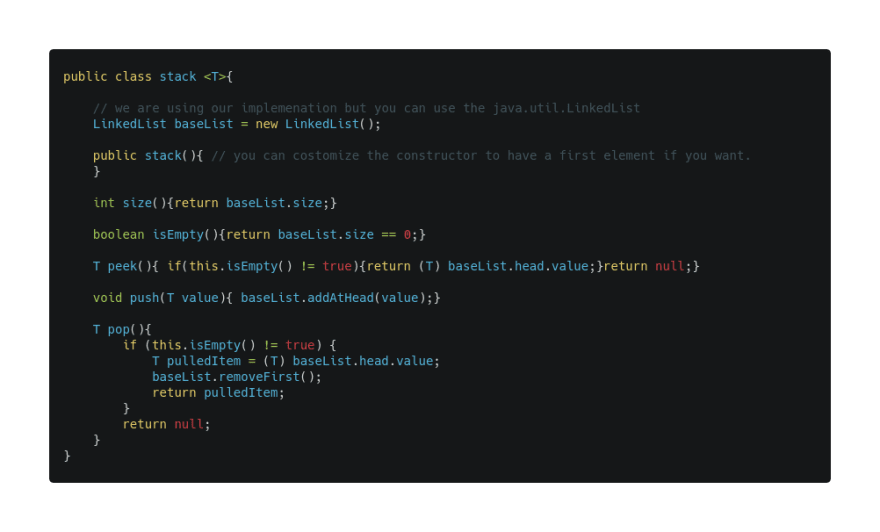 The following operations push , pop, peek,isFull,isEmpty all has a O(1) time complexity cause they all depends on a simple instructions but if we want to do something like search an element that will take O(n) time complexity since we have to pull every element and put it back in order to loop over all the elements.

In this part we will take a problem and try to solve it using the stack and as an example we are taking the famous balanced brackets problem where you need to check if the syntax and the closing of the parenthesis is correct or not in a group of parenthesis ex :

Input : a string containing the parenthesis → Output : true or false. 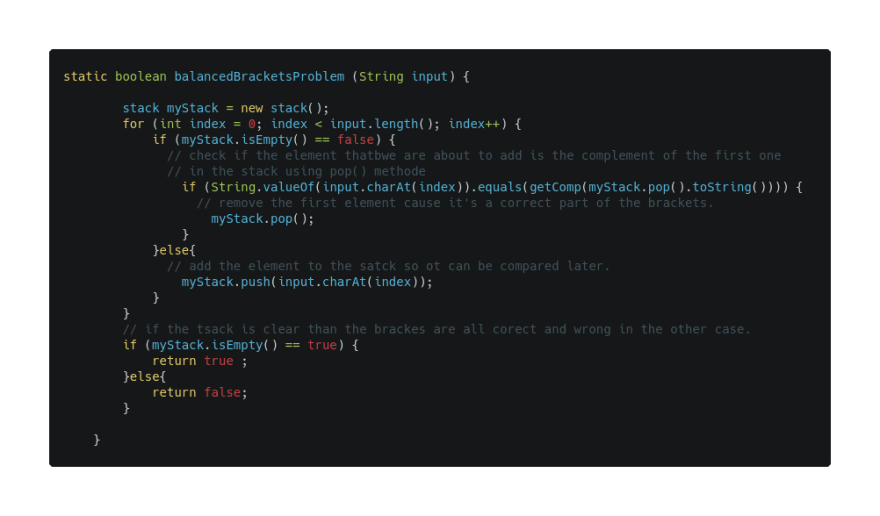 A Queue is a linear data structure that models a real world queue with tow main operations dequeue and enqueue , the queue is similar to the stack but it has tow entry's for the operations one entry for enqueuing elements (from the end) and the other will be for dequeuing elements (from the front) so that the queue will follow the principal of FIFO (First In First Out) in a way that the first added element is the first accessed.

Why we use Queues ?

Queues can be used to model many real world problems like :

How to implement a Queue ?

As the stack the queue can be implemented using the arrays or the linked lists data structures , in our implementation we will use linked lists.

this data structure is already implemented in most of the languages and the implementation sometimes is different from one language to another one , but for the sake of understanding the mechanism of it, we will implement it with it’s operation. 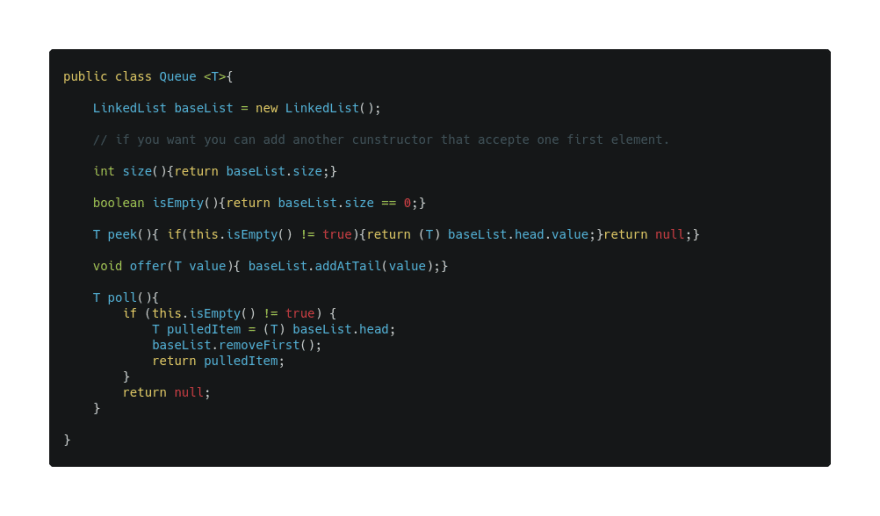 The steps will be the next :

in this solution the methods markeNode(),isMarked(), getAdjacentNodes() are methods for the tree structures that are used for : mark a node as visited, check if a node is visited or not, get the adjacent node of some node in a the tree. 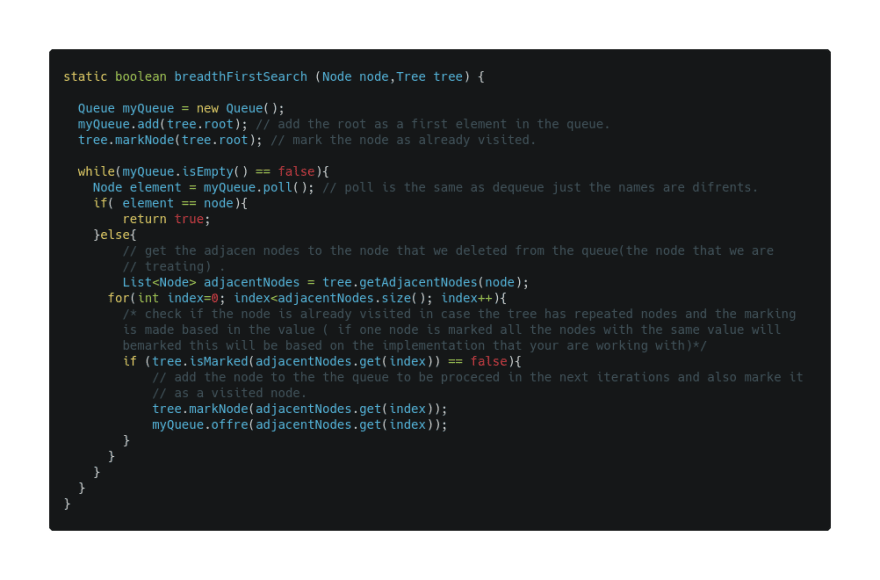 this article is also published by me in meduime :
https://gourineayoub-prf.medium.com/data-structures-and-complexity-part-3-linear-data-structures-stacks-and-queues-5e8e1e72a041

GourineAyoubPrf
Software engineer , love to learn and share what i have learned , hope that i can benefit some one with what i write and at least do a little thing to the developers community.
Data structures and Complexity part2 : linear data part1 (arrays and linked-Lists)
#algorithms #beginners #datastructures #computerscience
Data structure and complexity a programmer best tow weapons (part 1 : introduction)
#algorithms #beginners #datastructures #complexity

Once suspended, gourineayoubprf will not be able to comment or publish posts until their suspension is removed.

Once unsuspended, gourineayoubprf will be able to comment and publish posts again.

Once unpublished, all posts by gourineayoubprf will become hidden and only accessible to themselves.

If gourineayoubprf is not suspended, they can still re-publish their posts from their dashboard.

Once unpublished, this post will become invisible to the public and only accessible to GourineAyoubPrf.

Thanks for keeping DEV Community 👩‍💻👨‍💻 safe. Here is what you can do to flag gourineayoubprf:

Unflagging gourineayoubprf will restore default visibility to their posts.