Automating npm dependencies using a service such as Greenkeeper is great! I would not be able maintain as many projects without that kind of automation.

However, linters such as Prettier or Standard are different. Every fix or new feature version introduces new formatting rules and might break your tests. If that happens, you end up waking up to notifications such as this: 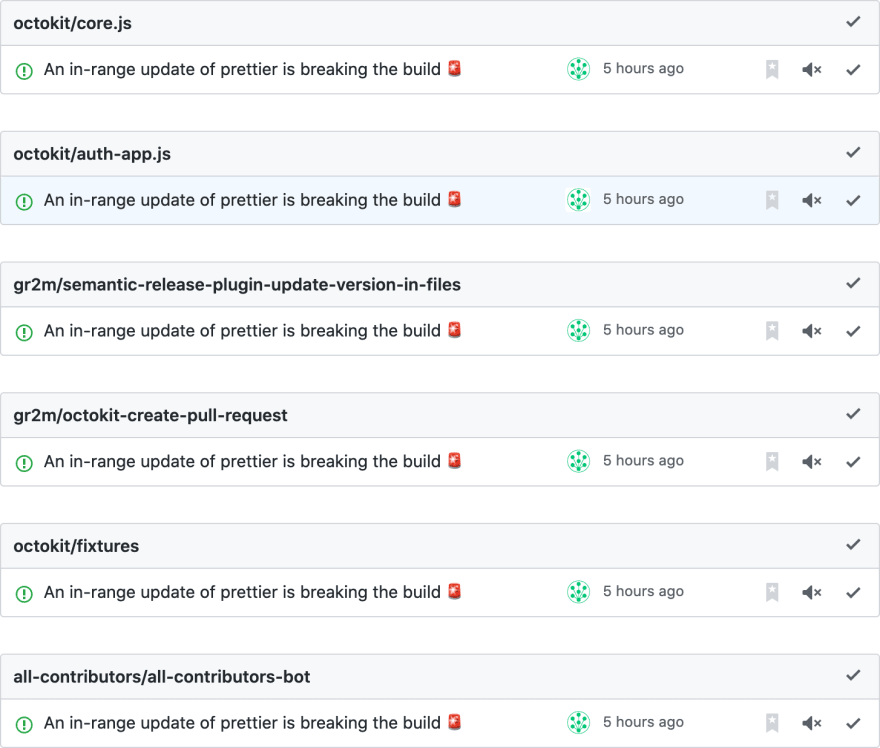 In this blog post I will automate the updates of Prettier by creating pull requests which include the updated code. It won't prevent the issues from being created, but once merged the issues will get closed automatically.

This GitHub Action will run on the push event, but only if the branch starts with greenkeeper/prettier-. These are branches created as part of Greenkeeper's real-time monitoring. They get deleted again if your tests pass, otherwise Greenkeeper creates an issue like the ones shown in the screenshot above.

That's it. Next time a new Prettier version is released, you should see the new "Update Prettier" action doing it's thing:

You will see it in action with the next release of Prettier. I hope that will lower your maintenance overhead a little bit! Happy updating!

A "Brief" History of the Web Part 4

How To Monitor Events in Your Svelte App

Giving Super-Powers to your Web Components