This is my second weekly update of 2021. Two weeks ago, I made a post about my goals for 2021 and as promised, I will give you an update on how I'm doing. Let's get right into it! 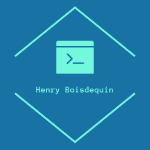 I would say that this week was the week of Rust. I dived into Rust much further, building some bigger projects and going into more advanced syntax. I started off the week by following an awesome tutorial which teaches you how to build a text editor in Rust. I extended this project by adding Python support for the text editor (which I named Lynx).

A basic text editor in Rust.

A basic text editor written in Rust. Lynx was made following this awesome tutorial and adding more features.

Make sure you have Rust, rustup, and cargo installed. You can do so here: https://www.rust-lang.org/tools/install.

<file> is the file you want to edit in Lynx.

I also learnt more about lifetimes, borrowing, and unsafe code in Rust. A couple of days ago, I found a YouTube channel which is very helpful for people looking to learn intermediate Rust. I mostly followed the "Crust of Rust" streams, looking at Lifetimes, macros, unsafe code, and more. I also experimented with using async/await and Tokio in Rust by building multiple CLI applications which fetch 3rd party APIs. Towards the end of the week, I created my own Git CLI tool in Rust which can initialize a repository, add files, and commit files.

A git CLI tool which can initialize a repository, add files, and commit files.

Created a git cli tool which can initialize a repository, add files, and commit files.