Well, honestly, we didn't know the answers either. All that we knew was that we had some exciting announcements for our developers. We huddled together and worked our way through these questions, leading to our first-ever virtual developer event.

Here are a few things that worked out really well:

1️⃣ Developers love features, but more so when it's feedback-driven:

Freshuddle🔗, being a developer event, had a lot of feature announcements and platform updates. The interesting thing? Almost half of the features manifested from developer feedback (Well, so did the tickets, but that's a story for another day😸). Talking about what we did for developers based on what they have asked for is a strong hook. It captures their attention and invests their mind into anything that follows.

As a rule of thumb, we start with insights from the previous event and proceed with an overview of the brand-new features that were derived from them.

✅ We made it easier for developers to share feedback online and offline. We have a dedicated developer forum, 'Connect with DevRel' program, and Partner talk sessions so that developers can reach out to us comfortably.

✅ Valid feedbacks are tracked from the source, consistently, until it reaches the right team. Updates are shared with the developers during events or via forums, completing the feedback loop. We try to under-commit and over-deliver.

💡 There is also an exciting announcement at the end of this post for startups, independent developers, and aspiring students. Stay tuned!

✅ Every session had live interactions. Collaboration tools such as Glitch, Mentimeter, and Kahoot proved to be immensely useful. Quizzes were interwoven with the content on-screen to make it highly engaging. This technique was so powerful that we maintained an audience retention rate close to 96% over 2 days

✅ Quizzes and polls started very light and gradually proceeded to be highly relevant to the sessions. Participants were rewarded for listening and getting the answers right. This enabled us to not only have fun but also to strengthen content absorption! (Also, It helped me with Netflix series recommendations 😅)

We took a quick break and stretched out for the `Design Exercise` session. Guess who was the presenter?

Me 🥳! And yes, I did start with sourcing Netflix series recommendations 😅

✅ Making the best use of tools at our disposal was essential. We made use of Zoom and took complete advantage of the capabilities that it offered - Breakout rooms, Webinars, Chat, and audio share. Orchestrating them worked wonders.

3️⃣ Collaborative coding is a thriller! It is almost a sport:

Having delighted the developers, it would be unfair to lower the bar later on. Thanks to Glitch, Freshworks Developer Kit (FDK) was made collaboration-ready back in 2019 itself. In no time, almost all the participants jumped into the live editor and started developing the app, in parallel.

Yes, you heard it right, in parallel.

✅ The App development setup was moved online making it easy for people to start coding right away. We saved a ton of time by moving the Freshworks Developer Kit to Glitch so that people don't have to spend time setting things up.

✅ Collaborative coding turns out to be more adventurous than quizzes. We defined what needs to be done before the start of the demo and participants hacked their way into getting it right! At one point, it became as entertaining as watching football.

All of this productivity was possible because we ensured near-zero time-to-value. Simply put, Time-to-value (TTV) is the time taken to achieve something useful.

If a product or platform can offer value to the developers in a really short time, it is a sure-shot sign of success. 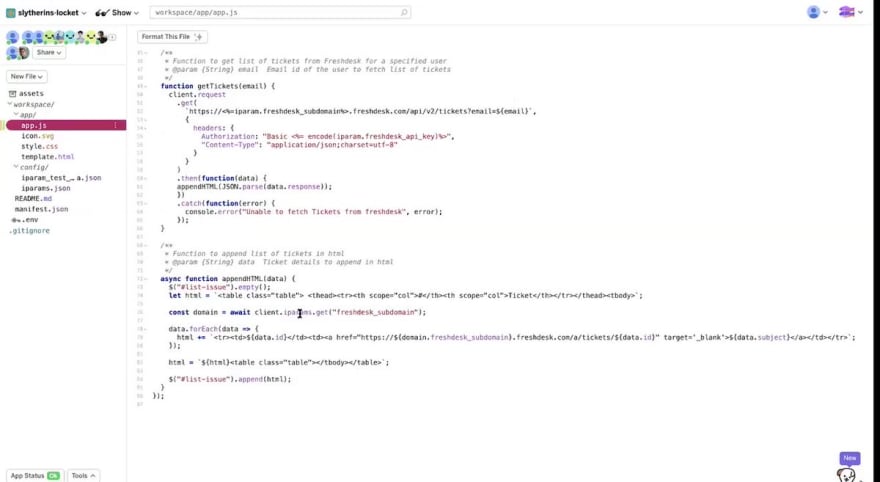 Next up, we had @rohithjayaraman presenting @freshcaller app development! He put on a great show with one of the seasoned platform developers - Ilya @belyavskiy. The duo made live coding as interesting as a football game!

🍿Next time, I am grabbing some popcorn!

We also tried collaborative solutioning through Excalidraw (live whiteboard) where we worked on design challenges together with the participants. We had a Design Excercise session where participants collectively solved and arrived on solutions for app scalability challenges.

4️⃣ Putting developers on the spotlight:

Recognizing developers for their efforts and celebrating them inspires great work. Passionate developers are a rare breed. If we aren't paying enough attention to them, they will most likely lose their enthusiasm. This is literally the last thing that anyone would want in a growing community.

✅ Many of our partners were invested in the initiatives and the early access programs that we rolled out before the event. We ensured to recognize their work and reward them with goodies.

✅ Similarly, we also opened the stage for partner developer talks. Historically, we have had talks lasting for more than the allotted time because fellow developers could easily relate to challenges and approaches to solve the same. This also evoked a strong sense of community.

We open up the stage for developer talks. Akshay Kulkarni & Alisha from @Artissol_inc present an amazing session on how they made the best use of platform features and product REST APIs in their app 👏

5️⃣ Teamwork is everything:

All of this good work wouldn't have been possible without a great team. We were able to apply what we learned from the past. We were provided with enough space to experiment. This ensured we were data-informed and strategy-driven.

✅ Almost everything that we learn or discover is documented. Similarly, we retrospect on the events and document key findings and insights. There is a free flow of knowledge within the team.

✅ Being empathetic is a key trait of DevRels. This is extremely important when it comes to events as well. We view things from the perspective of developers and our coworkers. This aids in quality decision-making. It is important to note that being empathetic does not mean agreeing to everything. We have a healthy & constructive level of critique as well.

Now, that being said, as I promised earlier, I have an interesting announcement for independent developers, startups, and students who are willing to benefit from the Freshworks App ecosystem 👇 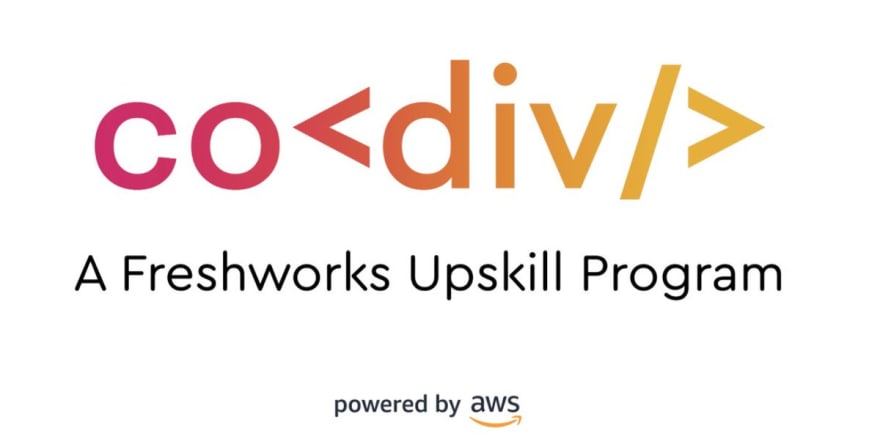 Developers, Students & Startups can benefit from the Freshworks ecosystem through co<div/> and can potentially kick-start their future businesses.

You can reach out to me, @Saif_Shines, or @juhi_singh15 for further details.

In light of the current situation, we wanted to empower developers who are willing to learn and build powerful apps for Freshworks products. In a way, we wanted to turn the COVID situation on its head - Making it an opportunity. Hence, co<div/> 🥳. We are also having a hackathon at the end of the program ♥️. If you are interested, feel free to check it out!

Hope you found this article useful. I will keep you posted on our future DevRel adventures as well. Also, I am open to hearing your thoughts on what worked out in your virtual event too!

Once suspended, hem will not be able to comment or publish posts until their suspension is removed.

Once unsuspended, hem will be able to comment and publish posts again.

Once unpublished, all posts by hem will become hidden and only accessible to themselves.

If hem is not suspended, they can still re-publish their posts from their dashboard.

Once unpublished, this post will become invisible to the public and only accessible to Hem.

Thanks for keeping DEV Community safe. Here is what you can do to flag hem:

Unflagging hem will restore default visibility to their posts.