A new version of Rails always brings new and exciting features. This writeup takes a look at some of the things Rails 7 has in store for us.

To find these examples, I dug through the Changelogs and selected some of the features that have me most excited so far, primarily based on how I currently use Rails.

I encourage you to do the same - you may find something awesome that impacts a feature you use regulary or provides functionality you've been lying awake at night fantasizing about.

For each feature, I have included the PR that introduced it and the GitHub user who submitted the PR.

Note that several of these features have followup PRs from people making essential contributions by updating documentation, adding changelog entries, tweaking implementations, etc. If you are one of those folks, please know that while you're not given explicit credit here, we are very grateful for all you do! 🙏

When generating a new Rails project or plugin without the --skip-git flag, the default branch of the created repository will now be main instead of master. If you've got a different branch set in your git config's init.defaultBranch, that default will be used instead.

Rails began initializing the Git repository in 5.1 via PR 27632 by @dixpac.

To use the new functionality, you'd do something like this:

After your code executes, the message you provided and the time it took the code to execute in milliseconds will be passed along to the Rails logger, ie: Print bar (0.6ms). The benchmark call will return the return value of the block, 100 in this case.

If you've run rails stats, you know that it provides various statistics about your app's codebase. This new functionality adds Views and Stylesheets to the output, providing stats for files in app/views and app/assets/stylesheets.

Redirect Back or To

The old syntax still works and hasn't been explicitly deprecated, but now redirect_back calls redirect_back_or_to under the hood.

This PR provides controller and request context when the parameters object is initialized so that when unpermitted attributes are logged, the controller, action, request, and filtered parameters will be logged as well.

Currently, apps can take advantage of the HTML standard's lazy loading of images by manually specifying the loading attribute as lazy in calls to image_tag. This new configuration allows you to set the default to "lazy" app-wide, so that the attribute will only need to be specified for places you want an image to be eager loaded. 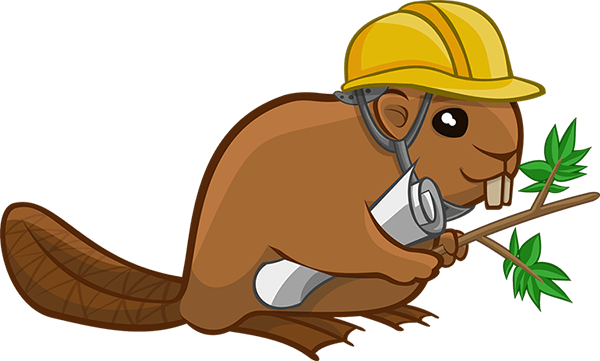 This cool addition provides a slick way to tranform a hash of attributes into attributes on an ERB tag.

Perhaps not the greatest example, but if the hash were generated programmatically and required logic, this could be pretty useful.

Invert a where Clause

This addition provides a handy way to get at the inverse of a where clause by via invert_where.

Exclude a Record From Results

Ever need a way to get all records matching some condition except a record you already have? excluding may be your jam.

Build or Create Association on Has One Through

Enables the build_association and create_association functionality for has_one through: relations. Previously these were not available on through associations.

For example, if you had:

You'll now be able to:

In prior versions of Rails, calling ActiveRecord::Caculations#calculate with :average would result in a BigDecimal, even if a column was of a Float or Integer type.

With the new behavior, it honors the type of the database column:

One of the motivators for this change was that JSON conversions of BigDecimal result in a string value, whereas Float results in a numeric value.

Finally, we get to encrypts.

encrypts also provides a workflow for changing the encryption scheme being used, without needing to re-encrypt all previously encrypted records under the new scheme.

Other niceties are the capability to encrypt Action Text and to filter encrypted attributes from the application log files.

It really does quite a lot and provides several ways to customize behavior, depending on your needs.

I touched on the things I am most excited about so far, but there is other great work underway. ActionPack, ActionView, ActiveRecord, and ActiveSupport in particular, all have rapidly growing lists of changes.

Thanks again to all the contributors who are making this next release possible. It's shaping up nicely!

Adding a Users Search to a Rails Facebook Clone

Rails 7, Bootstrap 5 and importmaps without nodejs