In this swift tutorial, you are going to learn how to build a custom UITableView programmatically using Swift 4.0 with STEP by STEP instructions.

Along the way, I am going to be showing you how to create a custom UITableViewCell programmatically from scratch as well.

If you are new to building programmatic UI in Xcode, take a look at this article which covers how to create a simple login screen programmatically.

At the end of this guide, you will be able to build a simple contacts app like the image below.

Create a project by opening Xcode and choose File → New → Project. Then, choose a single view application and name it contactsapp and leave all other settings as is.

Once the project is created, download the asset files in here and unzip it, then drag them into the Assets.Xcassets file.

As I am going to build this app 100% programmatically, Main.Storyboard is not needed for this project.

If you want to keep the Main.Storyboard, that’s okay, you can still follow along. In that case, you can skip the next two sections and jump right into STEP #4: Create Data Model Struct and Class Files - MVC.

STEP #2: Get Rid of Storyboard

Get rid of its reference as well by going to the top level of the project folder → General Tab→ Deployment Info → Main Interface and clear the Main text.

Delete the ViewController.swift file as well.

At this stage, the Xcode does not have an entry point, meaning the project does not have a root view controller that it points to, which will normally appear first followed by the splash screen when you run the app.

In Xcode, go to File → New→ CocouTouch Class → name it ContactsViewController and make it a subclass of UIViewController.

Note: This class could be a subclass of UITableViewController instead of UIViewController that will hook everything to the TableView for us. However, doing it manually will help you to understand the steps involved in the same process.

Create a window object by instantiating UIWindow() constructor and make it the screen size of the device using UIScreen.main.bounds.

Once the window object is created, make it visible by invoking makeKeyAndVisible() method on it.

Finally, assign ContactsViewController as a root controller of it.

When adding the root view controller manually, Xcode will set its background colour to black by default. Let’s change it so that it’s working properly. 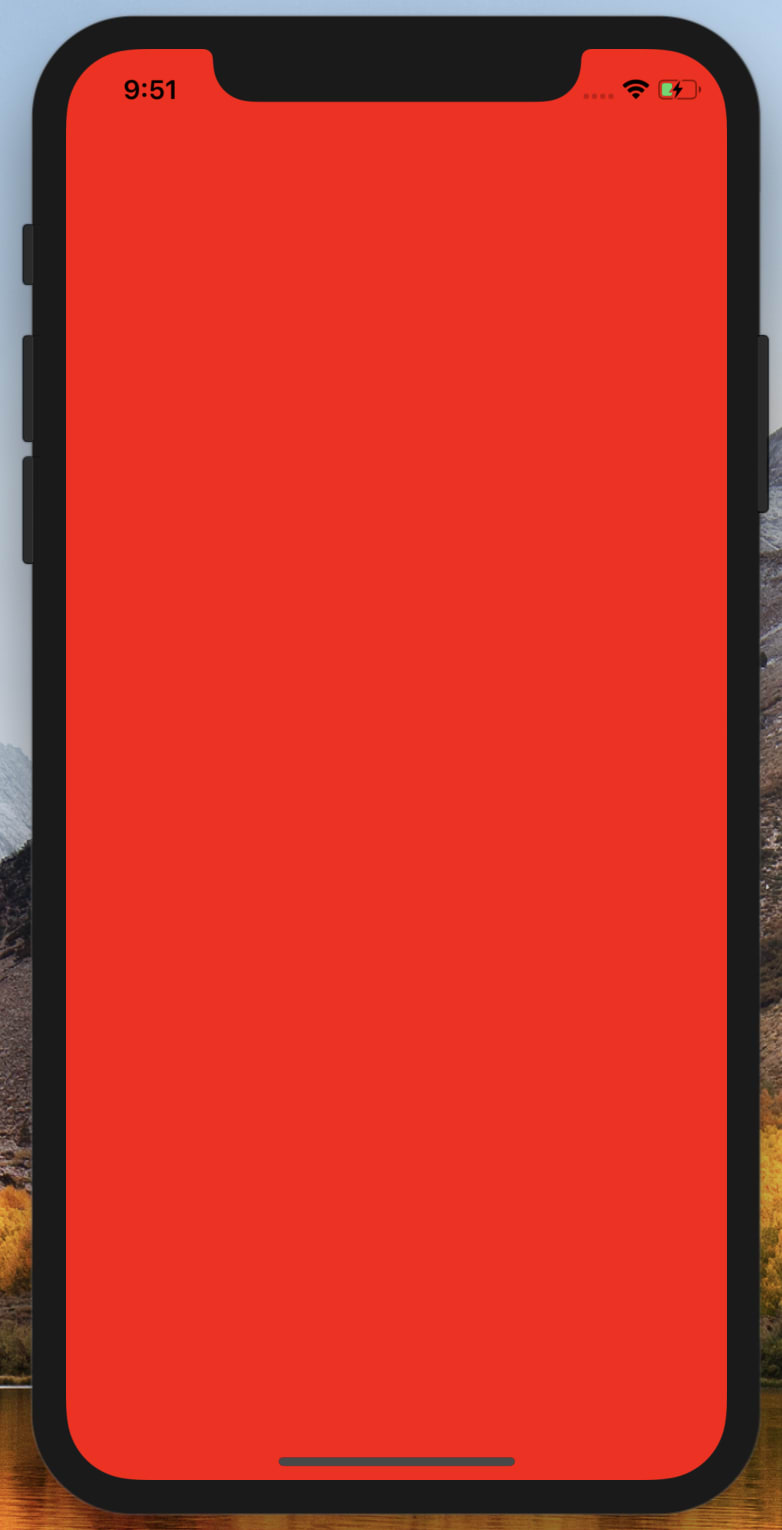 Let’s follow the MVC [Model-View-Controller] pattern of organizing files for our contacts app.

I am going to create two files as part of the model for our app, which are Contact.swift and ContactAPI.swift.

Go ahead and create the contact.swift file and choose the Swift File option as it will be a UI Independent Class.

This file contains a simple Contact Struct that will have a few properties in it based on the final table view cell image below.

Note: Make all the properties optional so that you can safely unwrap them using if let when they are nil rather than using the force unwrapping operator (!).

Now, create a second file which is ContactAPI.swift.

In real-world applications, all the API calls code would go there. For simplicity sake, I will be adding some dummy data so that I do not have to make an HTTP request as it’s out of our scope topic.

Create a static method called getContacts() inside the ContactAPI class which is responsible to get all of the contacts data.

As you can see in the above code, I have created an array named contacts and added a few contact objects instantiated with some data and returned it.

Create a property called contacts and assign the value, which would be an array of contact objects, by invoking getContacts() method on ContactAPI, like the code below.

STEP #5: Add UITableView to the ContactsViewController