I've recently attempted to make a clone of Twitter using VueJS as its frontend and Golang as its backend server. 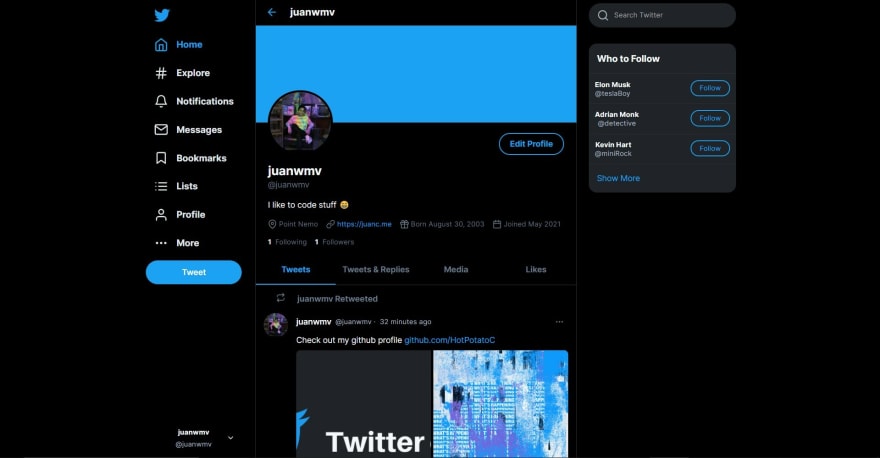 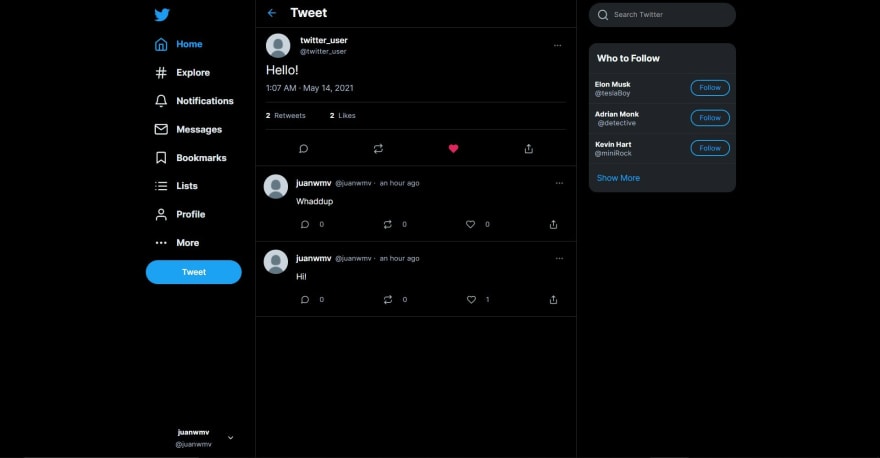 You can check the github repository here for the source code:

Status: Some features are yet to be implemented

For more check out some screenshots here

Please note that some features are yet to be implemented and i would love to hear your feedback!

A guide for technical writers on JavaScript Testing Libraries

Once suspended, hotpotatoc will not be able to comment or publish posts until their suspension is removed.

Once unsuspended, hotpotatoc will be able to comment and publish posts again.

Once unpublished, all posts by hotpotatoc will become hidden and only accessible to themselves.

If hotpotatoc is not suspended, they can still re-publish their posts from their dashboard.

Once unpublished, this post will become invisible to the public and only accessible to Juan Christian.

Thanks for keeping DEV Community safe. Here is what you can do to flag hotpotatoc:

Unflagging hotpotatoc will restore default visibility to their posts.