On the one hand, you can set up a fully-functional CMS like WordPress as your blog. On the other hand, you can set up a static site, such as Jekyll or Gatsby, and have a simple but blazing fast blog. This article guides you through the process of setting up a blog site with Jekyll and Github Pages. First, we'll set up the Jekyll blog locally and then we'll deploy it on Github Pages. 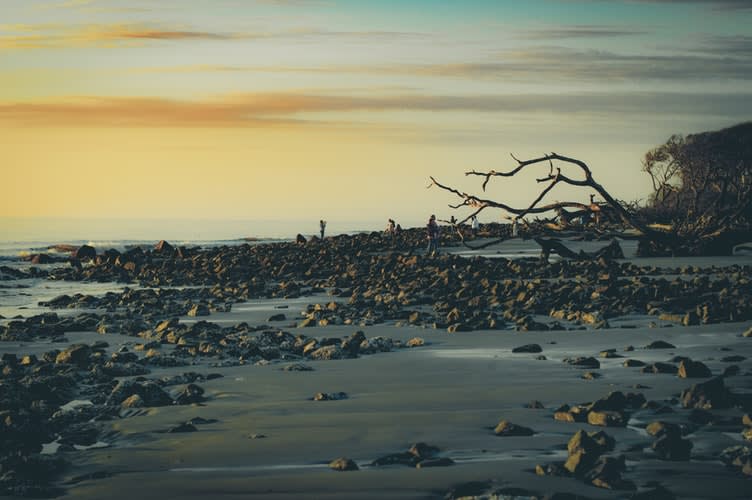 Jekyll, the official website at jekyllrb.com, is a static site generator that is built to be minimal, fast, and easy-to-manage. Github co-founder Tom Preston-Werner created Jekyll in 2008 (Yes, that's so long).

Jekyll does what you tell it to do --- no more, no less. It doesn't try to outsmart users by making bold assumptions, nor does it burden them with needless complexity and configuration. Put simply, Jekyll gets out of your way and allows you to concentrate on what truly matters: your content.

Demystification: A common confusion among those who are new to Jekyll is considering Jekyll as a blogging software (or Content Management System) -- it is not! Jekyll is only an engine to parse files. In WordPress, you can write on a web-based rich editor and publish content. However, in Jekyll, you write content in Markdown in a plain text editor. Then, you publish new updates online.

(Make sure you are fine with that.)

While coding knowledge isn't necessary to set up or use Jekyll, an understanding of the following concepts is much needed.

(Note for non-devs: The process seems overwhelming. But, it's easy. You just need to get accustomed to it)

I'd like to break down the process into 3 steps.

Jekyll is written in Ruby. So, you have to install it first on your computer.

Next, you need to install two Ruby Gems (Ruby Gems are packages that add functionalities to Ruby projects)

Here, we will install jekyll and bundler Gems using the gem command which will be available after installing Ruby. Open the command line and run the following code.

Then, navigate to the folder where you need the new blog to reside. (Ex: In windows, cd F:\MyProjects)

Next, run the following command to install a new Jekyll site.

This installs the Jekyll files in the my-blog folder in the current directory. Next, navigate to that folder.

This will serve the newly created static site at http://localhost:4000. Visit the URL on your web browser and see your beautiful Jekyll site.

There, you'll notice some placeholder values such as your-email@example.com. We'll change them and write our first post now.

Open _config.yml and do some editing. It is a YAML file. Thankfully, Jekyll's config file explains the YAML syntax in itself. So, see the instructions in the file before editing it.

The serve command automatically updates the static content when you edit the content and data files. However, after editing _config.yml, you have to restart the server!

All posts are saved in the _posts folder.

All posts should have the YEAR-MONTH-DAY-title.md format. Some examples are:

All posts start with a Front Matter, a YAML code between triple-dashed lines.

Now, you know how to create a blog post. Create one an save it in the _posts folder. Then, reload the site. You'll see new updates in realtime.

2. Setting up Github and Github Pages and deploying

Up to now, we created our Jekyll blog locally, customized the configuration, and published our first post.

Now, we are going to deploy it.

First of all, we have to version control our site using Git. Run the following commands in the folder of the site.

When installing Jekyll, it should automatically create a .gitignore file in the root with at least the following content. (If not, create one)

Then, log in to Github and create a new repository named your_username.github.io.

Next, copy the HTTPS URL of the repository.

Then, add the remote repository and push the code. (Make sure to replace the link with your own one)

Done! Your site must now be available on yourusername.github.io. 🎉

After updating a post (or posts) all you have to do is committing and pushing the changes.

You can do several things to customize and add functionalities to your static site.

Static sites do not have databases. So, you have to use a third-party commenting system on your site. We recommend you to use Hyvor Talk to add comments to your new site because it's fast, free, ad-free, and fully-customizable, and it only takes a few minutes to set up (just copying and pasting code).

See How to add Hyvor Talk comments to Jekyll?

Recommended Reading: Why Hyvor Talk is a better option for static sites than its alternatives?

By default, your blog has the URL structure /:categories/:year/:month/:day/:title. However, search engines love (and users too) concise and descriptive URLs.

3. Set up a custom domain

First, you have to buy a domain from a domain registrar.

After doing that, add a CNAME record in your DNS zone pointing to yourusername.github.io.

Next, create a file named CNAME in the root of your site. Then, add your domain name there.

Finally, commit and push the changes. (As we updated a post)

Don't use common themes. Find a brand new, beautiful theme for your website. There are thousands of free and premium themes out there. Do a little search. You'll find many of them.

See how to change Jekyll Themes.

In this article, we discussed how to build a static blog with Jekyll sites. If you are a developer, the process must be a piece of cake. However, it does not take much time to set up a blog with Jekyll. And, writing and updating content is much easier. If you encounter errors while setting up, let us know below.

Thank you for reading! ✌

Hyvor Talk is an ad-free, modern-looking, fully-customizable commenting platform for your blog.

Once suspended, hyvortalk will not be able to comment or publish posts until their suspension is removed.

Once unsuspended, hyvortalk will be able to comment and publish posts again.

Once unpublished, all posts by hyvortalk will become hidden and only accessible to themselves.

If hyvortalk is not suspended, they can still re-publish their posts from their dashboard.

Once unpublished, this post will become invisible to the public and only accessible to Supun Kavinda.

Thanks for keeping DEV Community safe. Here is what you can do to flag hyvortalk:

Unflagging hyvortalk will restore default visibility to their posts.