TLDR: I built an online tool in 2013 at AUC that gets ~1000 visits a month from students all over the world and is mentioned in a couple of reputable universities slides including Columbia University.

7 years ago, while I was pursuing my bachelor's of Computer Engineering at The American University in Cairo, I had a course called Digital Design, which in retrospect I think was supposed to be called Digital Electronics but who am I to name courses!!
The course had nothing to do with design in the common known sense; it was mainly about the design of electronic logic gates to build processors and basic computer systems.

Part of the course was studying the Quine McCluskey algorithm and learning how it works, then the semester project was building a calculator to solve for it in C++.

Luckily after finishing the assignment I checked the domain name quinemccluskey.com and to my surprise, it was available 😯😯

I immediately bought the domain name and started converting my C++ program to a website using my limited knowledge of PHP at the time. I also used one of the earliest versions of Bootstrap for styling. Please don't judge the UI, it was 2013 😅

After publishing the website, I connected it to Google Analytics then I posted the link on several social media websites and added it to the Quine Mccluskey Wikipedia page.

Since this algorithm is a standard topic taught in most CS and Electronics undergraduate programs around the world, it had a relatively wide demand across students all over the world.

Looking at Google Analytics data we can see that over the past 6 years, almost 50k users visited the website.

Google defines an Active Users as "The number of unique users who had at least one session within a 28-day period."

Did you notice any patterns in the visitors timeline?

That's because students usually use the tool during the assignment period or the Midterms season, which is usually in November or March depending on the semester.

Where do those visitors come from?

Geographically we can see that the heavy load is coming from the US and India. 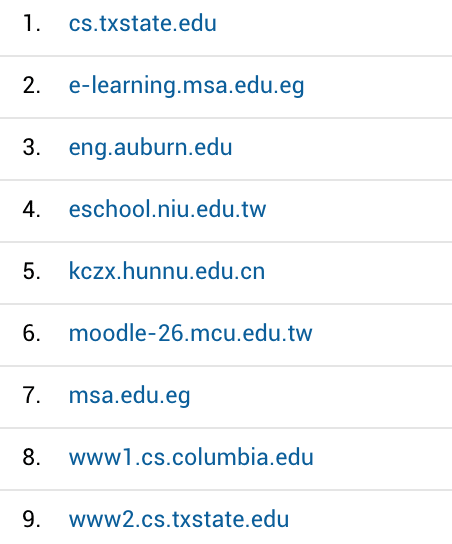 It's also worth noting that doing a simple search in the sources datatable we can find visitors coming from these universities internal systems:

What is Quine Mccluskey?

In the world of digital logic design, everything is a logical function that can be boiled down to one of the basic arithmetic operations: addition, subtraction, multiplication or division.

Even the most complex processes like image/video processing or machine learning algorithms are converted at the very low level to these simple arithmetic operations so it can run through the physical gates and flip-flops inside the processor/GPU card.

Earlier in computing history, engineers used to design and build such processors manually by finding out how to map a real problem to a series of boolean functions that outputs the correct result when electricity runs through the processing board.

Theoretically a boolean function is an equation that can be represented in multiple ways; however, there should be one optimal way to implement it. Here comes the process of Logic Optimization. One of the most straightforward ways to optimiza boolean functions is the Quine–McCluskey algorithm, which serves the same purpose as the K-maps method but for more variables.

Quine-McCluskey is a tabular and tedious method based on the concept of prime implicants. A prime implicant is a product or sum term, which can’t be further reduced by combining with any other terms of the given Boolean function.

Basically you have to do the following 6 steps to simplify a Boolean Function using Quine–McCluskey.

I omitted explaining the "don't care" notion for simplicity but you can read about it in depth here. 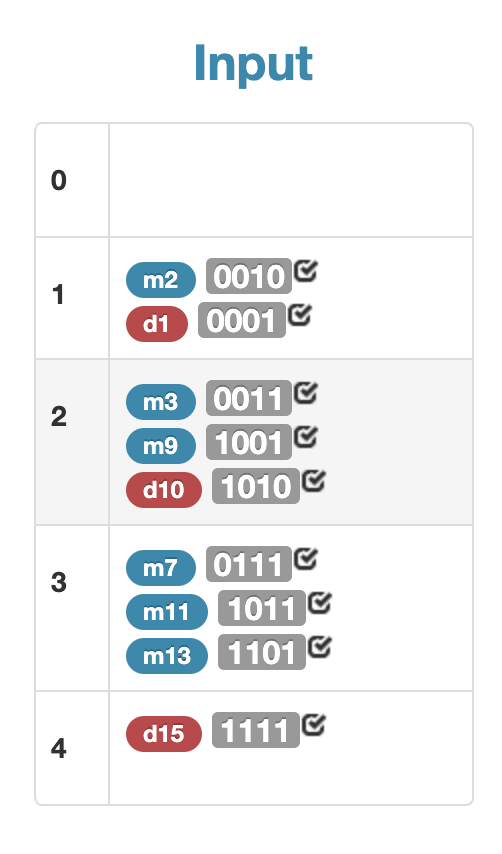 Step 1:
List down all of the minterms in ascending order in binary representation, then group them by the number of 1s in each.
This should create a maximum of n+1 groups for n minterms.

Step 2:
Compare the minterms in each group with the group after it. If there is a change in only one bit position, replace that one bit with ‘_’. 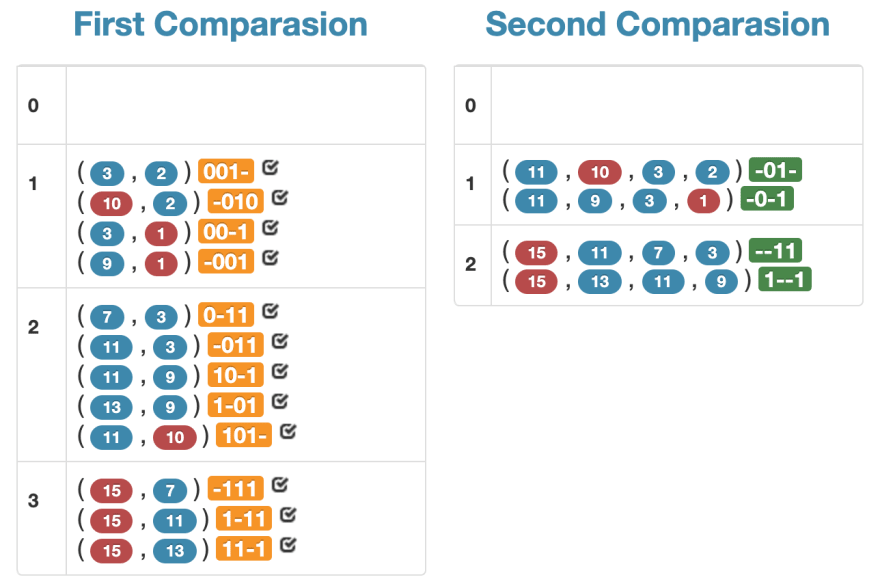 Step 3:
Repeat Step 2 with the First Comparison results to come up with the prime implicants.

Repeat Step 5 for prime implicants till all min terms of given Boolean function are completed.

Laravel 9 - Prunable trait to automatically remove models from your database

Are PHP objects passed by reference ?

Hatem Hassan 👨‍💻☕️💻🌺😎
Software Engineer 👨‍💻 and Data Visualizer 📈 Working on bringing Machine Learning and AI 🧠 to the Web. Coffee addict ☕️ Floral patterns lover 🌺
5 Life-Changing Lessons I Learned From Being Laid Off That Will Put You Ahead Of 97% Of People
#beginners #productivity #motivation #codenewbie
Git Commit Patterns
#git #beginners #tutorial #productivity
Why I Decided to Invest in My Portfolio as a Junior Developer
#webdev #career #codenewbie #help

Once suspended, iammowgoud will not be able to comment or publish posts until their suspension is removed.

Once unsuspended, iammowgoud will be able to comment and publish posts again.

Once unpublished, all posts by iammowgoud will become hidden and only accessible to themselves.

If iammowgoud is not suspended, they can still re-publish their posts from their dashboard.

Once unpublished, this post will become invisible to the public and only accessible to Hatem Hassan 👨‍💻☕️💻🌺😎.

Thanks for keeping DEV Community 👩‍💻👨‍💻 safe. Here is what you can do to flag iammowgoud:

Unflagging iammowgoud will restore default visibility to their posts.