Some years ago, I tried to use Android without using Google. While my wife was using a Fairphone One with Google services, I had a rooted Samsung Galaxy S II with open source Android 7 (AOSP) thanks to cyanogenmod / LineageOS. I could have used Google apps, play store and Google location provider etc. but that time I preferred to try the hardcore google-less way. 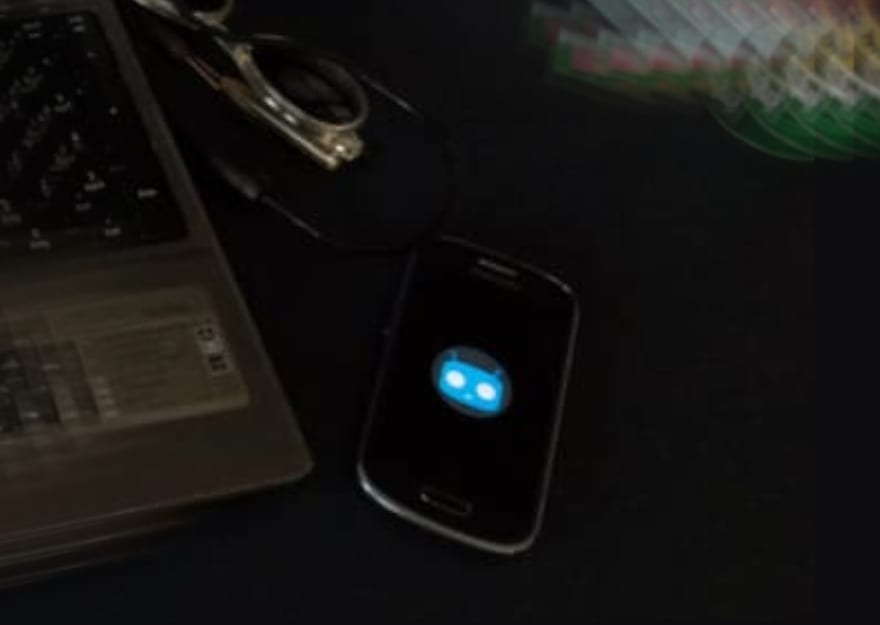 It's inconvenient, yet possible, to use Android phones without Google services. No assistant, no spyware, no convenient online services at all, unless you explicitly choose and install one.

I felt a bit like a yokel wearing a tinfoil hat: no popular solution worked out of the box, no way to use banking or car sharing apps (that either refused to start on a rooted phone for security reasons or didn't support location services from any other location provider except for Google), and as many popular apps are not listed in f-droid, I had to download apk files from Android Police's APK mirror and make a manual install for every update.

The lesser evil as a comfortable compromise?

When I was looking for a new job (before eventually becoming a self-employed freelancer), I chose to try the exact opposite strategy for a while, currently using a Google Pixel 4a and all of their services, including docs and calendar sync. Despite the clunky UI of Android 12, it still seemed a good user experience over all, and I was happy to get all the latest security updates and have access to my data from any device.

Just upgraded to Android 12 and what the fuck is this new UI?! 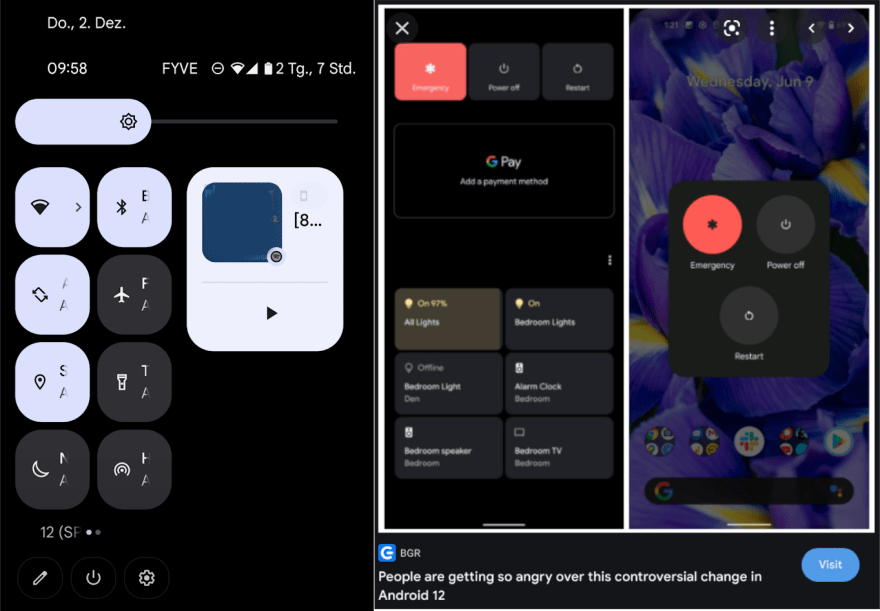 If this is supposed to be more accessible, then why most of the text is truncated and keeps moving like an old LED advert device in a cheap shop window?

Google still have cute animations on their search website and I still like their artwork in the calendar app, but somehow their current motto seems to be "don't look beautiful". But wasn't that supposed to be "don't be evil" when Google appeared as a fresh new hipster startup?

When Google dropped "don't be evil" 😡

Although Google dropped their motto "don't be evil" some years ago, their services still seem to be the lesser evil or rather the only useful alternative in several cases.

Trying to use Ecosia, which makes use of Microsoft Bing as the actual search engine, for "googling" dev related knowledge, I had to resort to Google sooner or later again, which will also refuse to produce useful search results eventually. 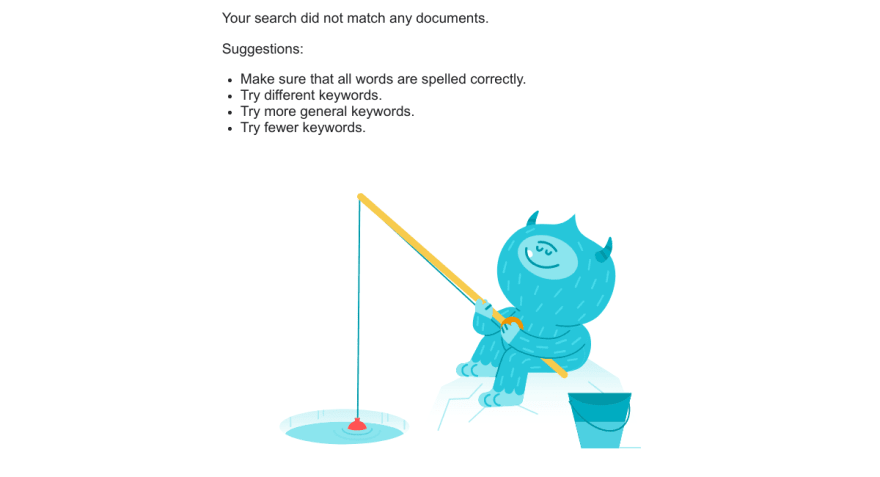 Adding (mis)features instead of fixes

Instead of fixing their very own search algorithm and stop to deteriorate the popular Android operating system, Google tryed to use its supremacy as the most powerful Chromium maintainer to push the controversial tracking technology FLoC. 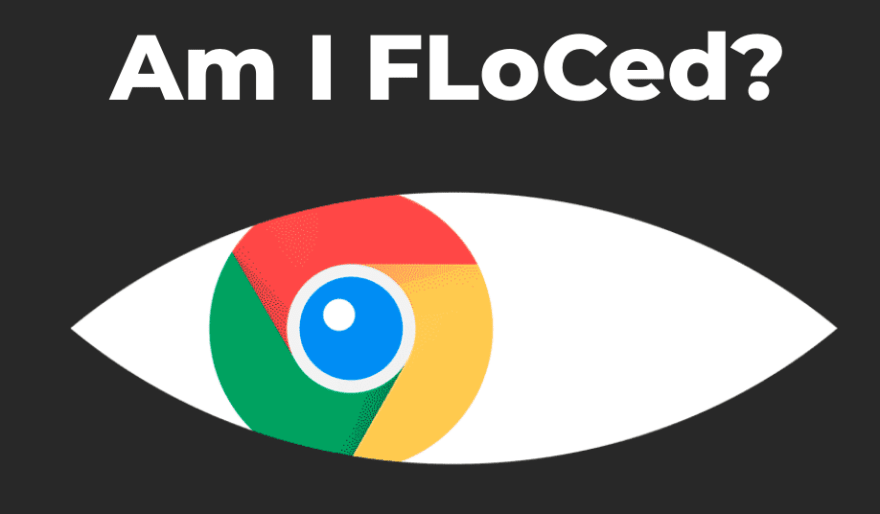 But Google's public blunders are just the tip of the iceberg.

Try and google Dr. Timnit Gebru and you may never want "to google" anymore. Dr. Gebru, founder of the Distributed AI Research Institute, was terminated as Google’s ethical AI leader in December 2020 after criticizing the company’s practices in a research paper. Quoting a DAIR mission statement:

AI is not inevitable, its harms are preventable, and when its production and deployment include diverse perspectives and deliberate processes, it can be beneficial.

This video by VICE news, AI Ethics Researcher Timnit Gebru's Firing Doesn’t Look Good For Google, is provided by YouTube, a former startup that was purchased by Google in 2006. Amazon, Apple, Facebook, and Google, the "big four" or "GAFA" companies are North American firms that have become a dangerously powerful oligopoly that dominates most people's digital lives.

As we can see, there is a growing list of reasons to ditch Google products and services for good, but we have to find and support useful alternatives. Here are some that I already tried or that I'm willing to give a(nother) try someday:

Google as a search engine 🔎

Google Analytics was recently declared illegal in the EU as Austria's data regulator has found that the use of Google Analytics is a breach of GDPR. And Google Ads, like any other "behavioral" advertising, is not only unethical and a waste of bandwidth and usability that can deteriorate your website's web vitals ranking, but as Jeremy Keith pointed out, it does not even work.

finish my work in progress

Acknowledging the tendency to release thoughts and concepts instead of striving for perfection, I have just wrote down what came into my mind without making any effort to add any up-to-date research myself. DEV is not StackOverflow, and you can't downvote, so please do my homework and help me complete this list. At least I did add some external links.

In the end, we might all benefit from a community effort, so please leave your suggestions in the comments!

Music Monday — What are you listening to? (May 2)

The scientific proof of that OOP is a mass psychosis

What's the simplest way to compile ClojureScript to JS? Like 1 file, no overhead.