I want to correct the widely spread practice of setting UIView as File’s Owner for Xib files.

Checkout Apple Doc and see what File’s Owner is for.

Typically, you use outlets in the File’s Owner object to store references to the top-level objects of a nib file.

Does UIView qualify for the job? No! UIView may have no parents (because UIView is the top object in xib) but it’s neither windows, menu bars nor controller object.

Some may argue that it may be technically unqualified but it performs perfectly!

No it doesn’t. It works poorly. Here’s why

The mere idea is structural paradox. An .xib file is supposed to have multiple objects and each object can be a different type of UIView class. But there can be only one File’s owner for an .xib file. So it means a .xib is one kind of UIView and at the same time, a multiple kinds of UIView? That can’t be right can it?

Let me walk you through a sample project.

This is the conventional structure:

In this sample we will employ this new structure:

Create an Xib With an view object. Make some subviews that will be connected to outlets. Set the object’s class to MyView. 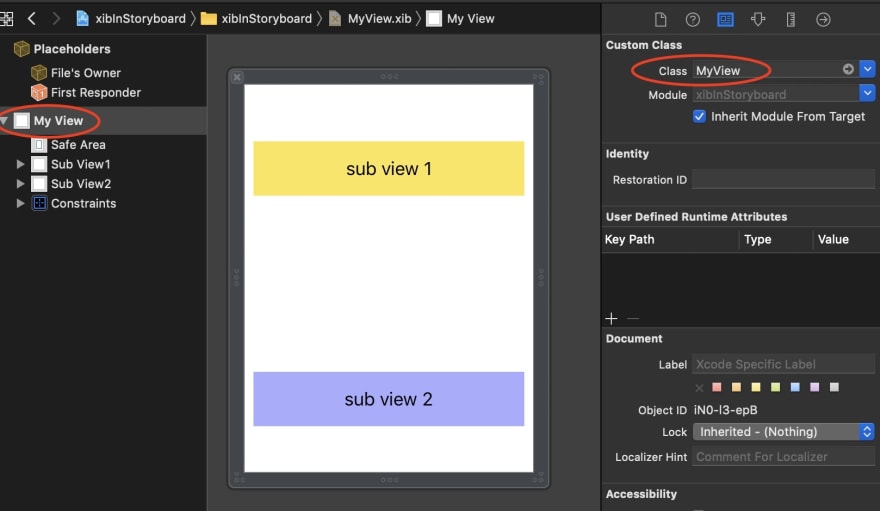 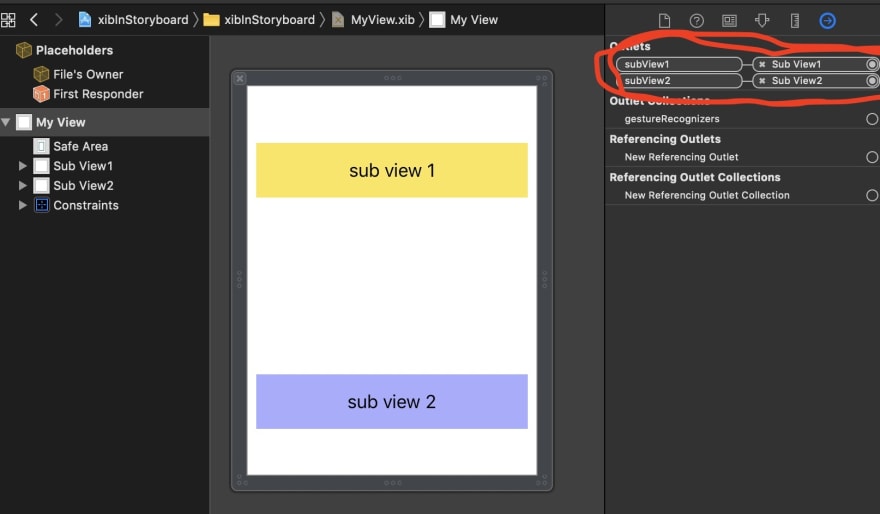 Set restoration ID. This is for identification among view objects in same .xib. You wouldn’t need it if there were only one view object in the Xib. 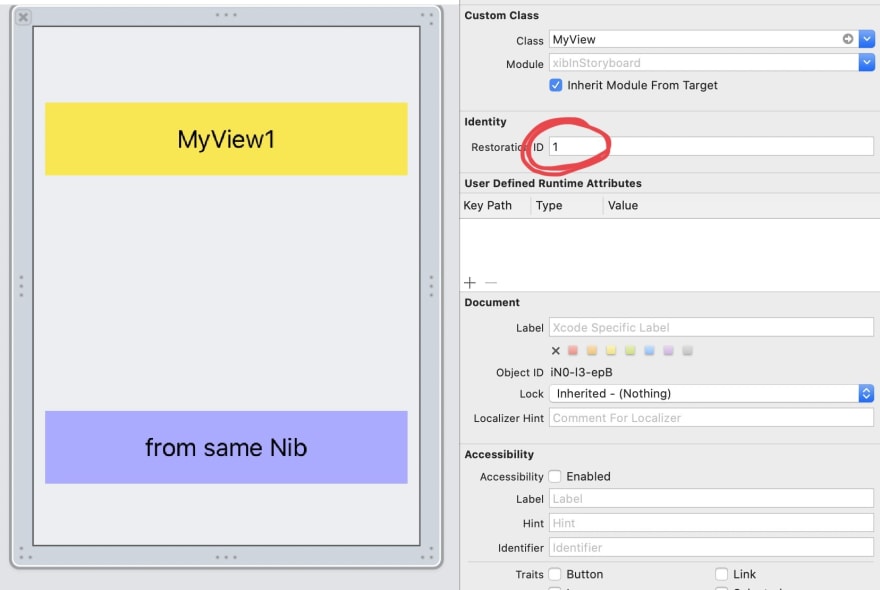 Now you are all set to instantiate from anywhere in code.

I’ll get to how to call it from storyboard in a moment but before that, let me tell you first that I’ll be using a kind of wrapper view and let me explain this seemingly hypocritical discrepancy between my previous contempt for the idea of using contentView and the following usage of kind of wrapper view.

This time it’s very different. This kind of wrapper view is not just a hack or ad-hoc like it was in the conventional way. This time, it exists only for modularization of storyboard adaptation and it will never bother you throughout the development once set because:

With that in mind, here’s how to use it with storyboard.

That’s it! You can use it in .storyboard just like any other views 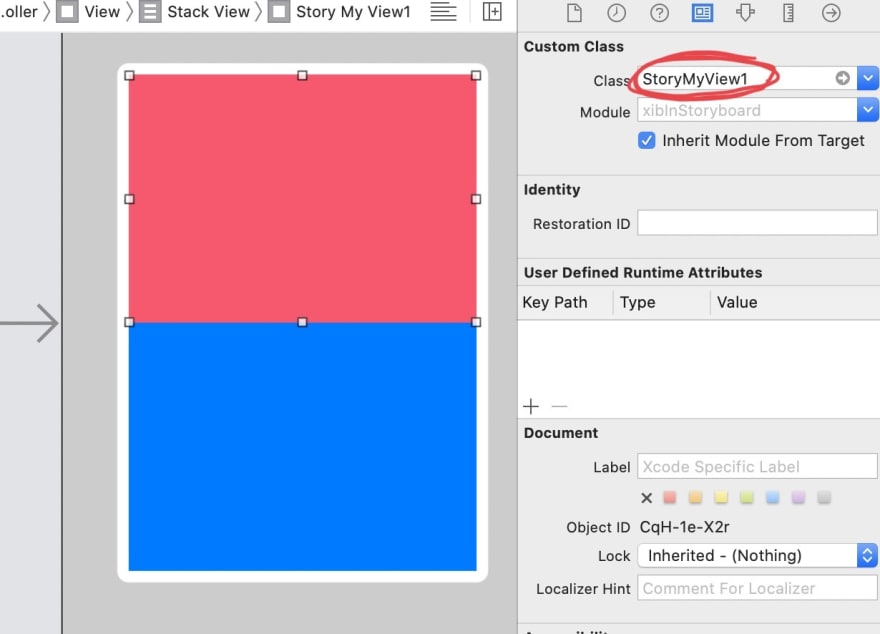 Don’t forget you can now have multiple views in single .xib. (Use restorationID for identification) 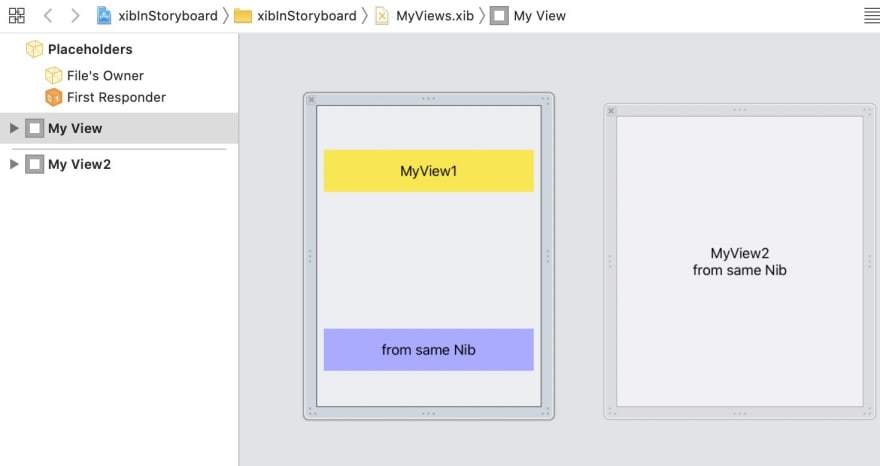 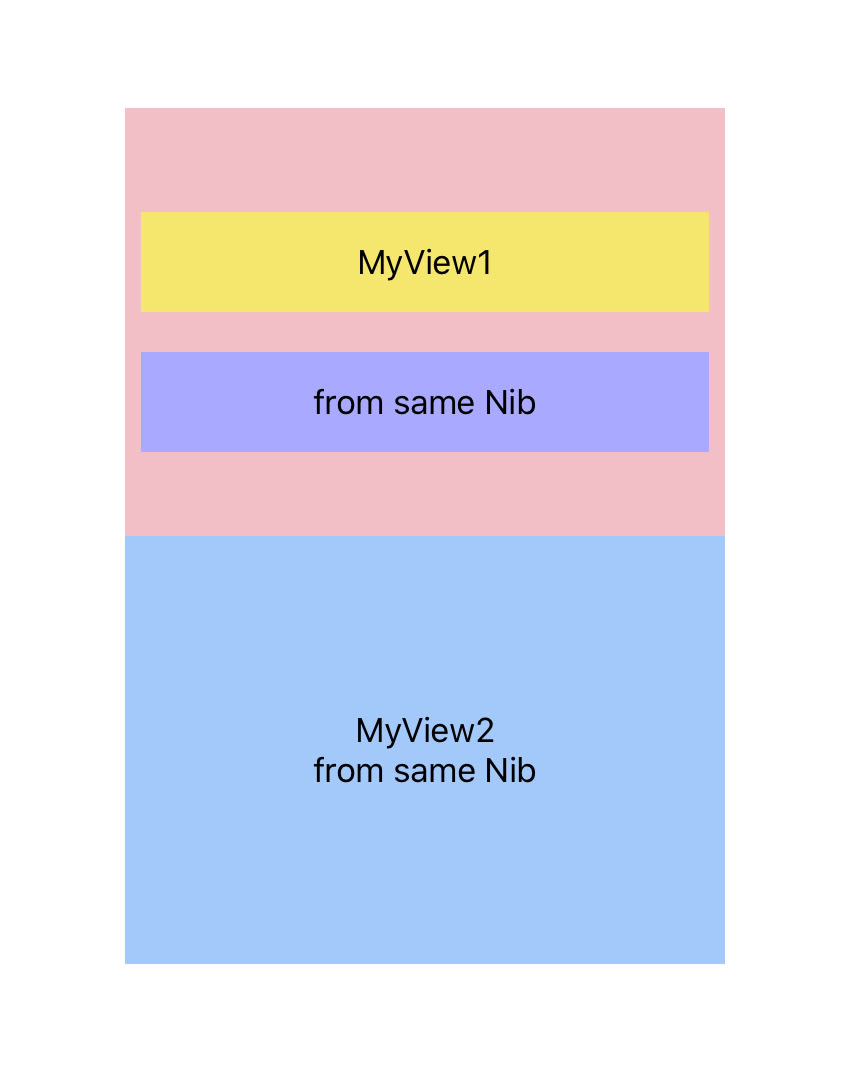 How to include Flutter module as a React Native package