In this post, we’re going to explore building APIs with Python and GO. We’re going to put these two languages to the test and grade their performance based on response time. I’ll be using Postman for API testing. REST APIs in Python is powered by Flask and Mux for Golang

We are going to perform CRUD operations onto a PostgreSQL instance running on localhost using python and go and rate them across each category.

What is CRUD? It stands for Create, Read, Update and Delete, these are the basic operations performed on a database. Read more about it from the below reference.

First, we have to set up the PostgreSQL instance and create a table onto which we can perform the operations. 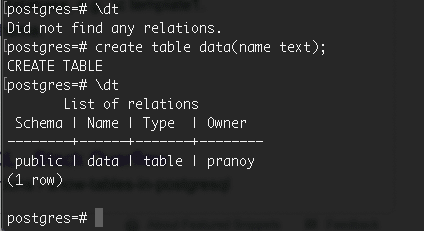 here we create a simple table called data with a single text field. We’re going to perform the CRUD processes on this table inside the Postgres database.

The code repo can be found at

The APIs have been built in a way that is similar to the following architecture. 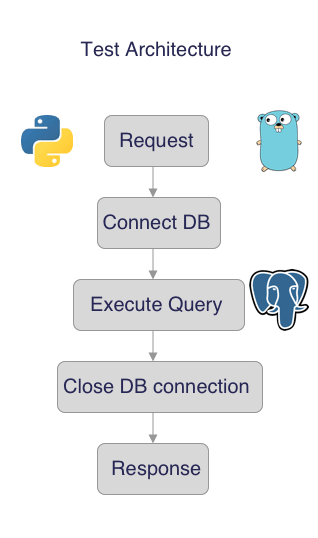 Winner: Golang, while python was averaging 20 to 25ms, Golang was doing 15 to 20ms winning by a margin of 5 ms

Winner: Golang by a small margin of 2 to 3ms when compared to Python

GO is faster than Python, duh! but brownie points to Python for being soo easy to get up and running. But the goal of this experiment was to judge the impact that migrating to Golang would bring from a business perspective. Assume that 1 million API calls are made, Say python takes 20ms per request and Golang takes 15ms per request, Total processing time in Python would take around 5.55 hours and Golang would take 4.16 hours. The difference a few milliseconds make is huge. Since most businesses use AWS for building and deploying APIs, Golang will help save a huge sum of money as AWS charges per time taken for execution.

How to Transition from Web2 to Web3