This post is about my top 15 useful Docker commands, that I use when deploying NodeJS applications.

Docker is an app containerisation framework, that allows you to create a ‘container’ for your application within a basic virtual operating systems that is pre-configured to run your application.

Using Docker allows you to reliably deploy an app and all of its required dependencies, within any cloud platform web server environment. Docker is also useful when splitting your application into smaller contained microservices. This allows for greater scalability and ease of maintenence.

Docker has an online lab that allows you to test commands in your browser, follow the steps outlined in the two images below to start testing docker commands: 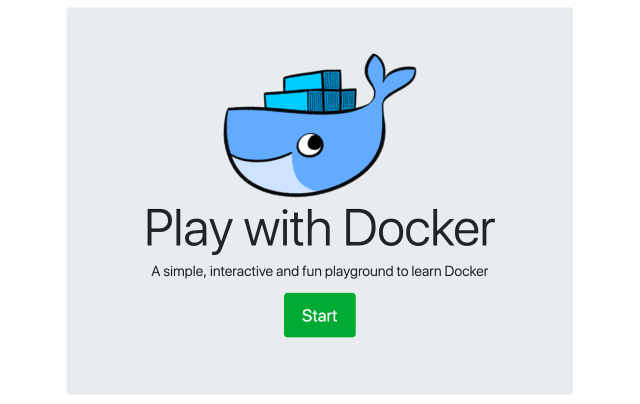 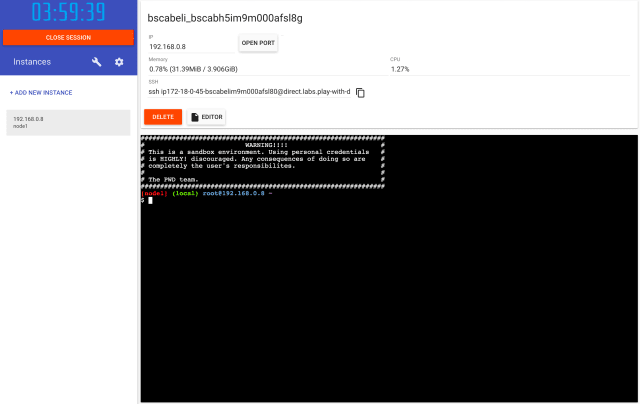 Use the online lab, or opening terminal on your own computer, to have a play with my top 15 useful Docker commands!

For this step you will need to have an account with Docker Hub. Enter the following command in the terminal window, and then enter your docker username and password.

Assuming you have a ‘Dockerfile’ configured for your app, you can then build a docker image from that ‘Dockerfile’.

To see all Docker images that have been created on your local machine, use this command.

To remove an image from your local machine, reference the name of the image in the below command instead of ‘exampleImage’.

Use this command to remove all created Docker images from your machine.

Push a Docker image to your repository

Once you’ve built an image, you can then store it in your Docker repository, so it can be downloaded and run on a server.

This command pushes the image:

Build and run a container from your Docker image

Once you’ve created an image locally or stored an image in your repository, you are then able to create a container from that image, which runs the application as defined from your original DockerFile.

Once you’ve started running several different containers, you can use the below command to list all active containers that are running in your environment.

Executing this command will show you the containers:

If you want to see all Docker containers (even ones that have been stopped) then the below command will show that to you.

Executing this command will show you the containers:

To stop all actively running containers, use the below command.

Once a container is stopped, it can still be accessed and restarted. To completely remove it, you have to use the container’s ID within the below command.

To remove all containers that have been stopped, use this command.

If you want to remove all stopped containers, unused networks, dangling images and volumes, then you can just run the below command.

To search ‘Name’, ‘Description’, ‘Stars’, ‘Official’ or ‘Automated’ criteria in your repository, use the below command – replacing the ‘exampleSearchTerm’

Docker is one of my favourite technologies, I hope you find my top 15 useful Docker commands helpful when deploying your applications

How to keep EC2 instance running after SSH is terminated?