Hello everyone and thank you for stopping by to see what it is I have to say. This is a topic I hear a lot about regarding to Django and I would just like to put my 2 cents in.

I'm starting off with this topic because it sets the tone for what I speak on next. A lot of you well developed developers know exactly what this means, but for those who don't... DRY - "Don't Repeat Yourself". Definition of insanity plays well with this concept if you'd ask me. I bring this topic up because its self explanatory. Don't repeat yourself when you are developing code if you can avoid it.

At the core, class based views are simply python classes. Django does an amazing job shipping a variety of "template" class based views that have configured functionality that you can reuse as much as you want. When creating forms in Django, especially if it is a form that's being used multiple times, there's no reason to recreate something you can make once. This approach also helps with responding to different https requests with different class instances instead of using conditionals inside a single function based view. 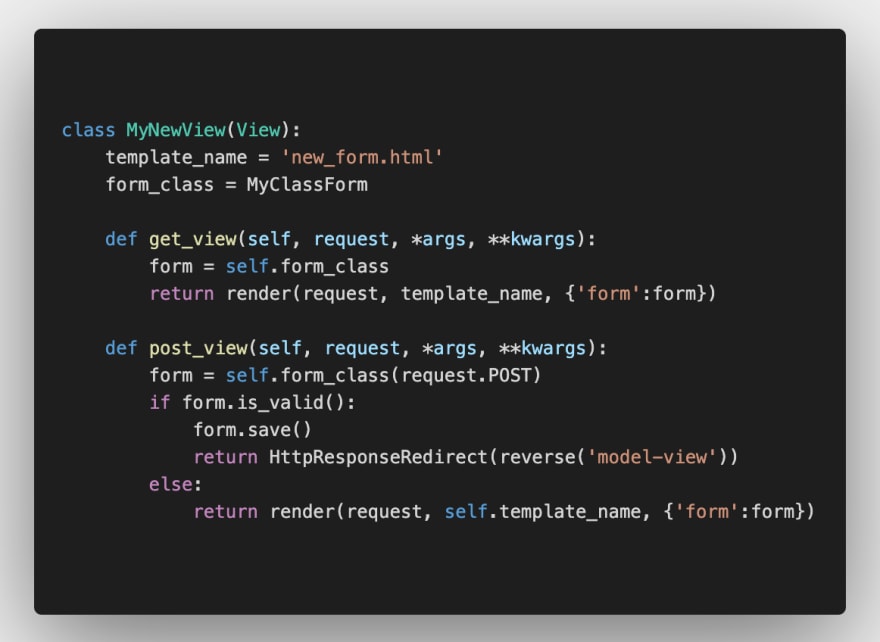 I won't rule out function based based views too much. Some people are more comfortable with writing their own functions instead of writing classes essentially. I will say function views are easy to implement, but that's about all I can really say about it. The main disadvantage is if you are working on a large project then you will see a lot of repetitive code within your views. 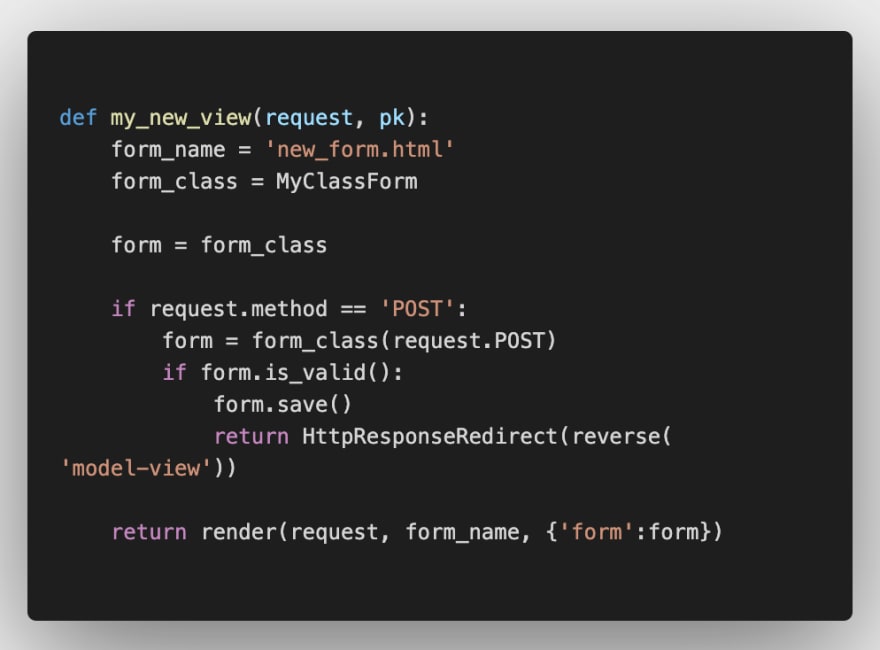 Now I know I can go deeper into this conversation with explaining pro's and con's using either method of creating your Django views, but I wanted to just point out the obvious that will be brought up in a conversation. As a junior developer I've always been told to keep things simple, but don't repeat yourself. When you keep things simple and create re-usable code you open up the door to having the flexibility to increase or decrease functionality.

I hope you guys enjoyed this quick snippet and I thank you for taking the time out to see what I have to say. Let me know if you guys agree or disagree in the comments and let's talk more about it or hit me up on twitter(@jcyber101 ). Cheers!

Instruction to install pygraphviz package in Pycharm in MacOs

Make the code wait for page load in python

_jcyber
Hello I’m a Jr. Full Stack Developer. I’m a 5 year Army vet. My goal is to meet a lot of developers to collaborate and learn from in order to grow as a junior developer.
Just keep coding
#codenewbie #impostersyndrome #productivity #patience

Once suspended, jcyber101 will not be able to comment or publish posts until their suspension is removed.

Once unsuspended, jcyber101 will be able to comment and publish posts again.

Once unpublished, all posts by jcyber101 will become hidden and only accessible to themselves.

If jcyber101 is not suspended, they can still re-publish their posts from their dashboard.

Once unpublished, this post will become invisible to the public and only accessible to _jcyber.

Thanks for keeping DEV Community safe. Here is what you can do to flag jcyber101:

Unflagging jcyber101 will restore default visibility to their posts.