This post will present a look and feel about functional style programming, gives you a glance about what it would look like if we wrote programs in a functional programming way.

It's quite common challenge to ask you implement an algorithm to detect if 2 strings are isomorphic during a programming job interview, there might be many answers on it. Let's do it again. 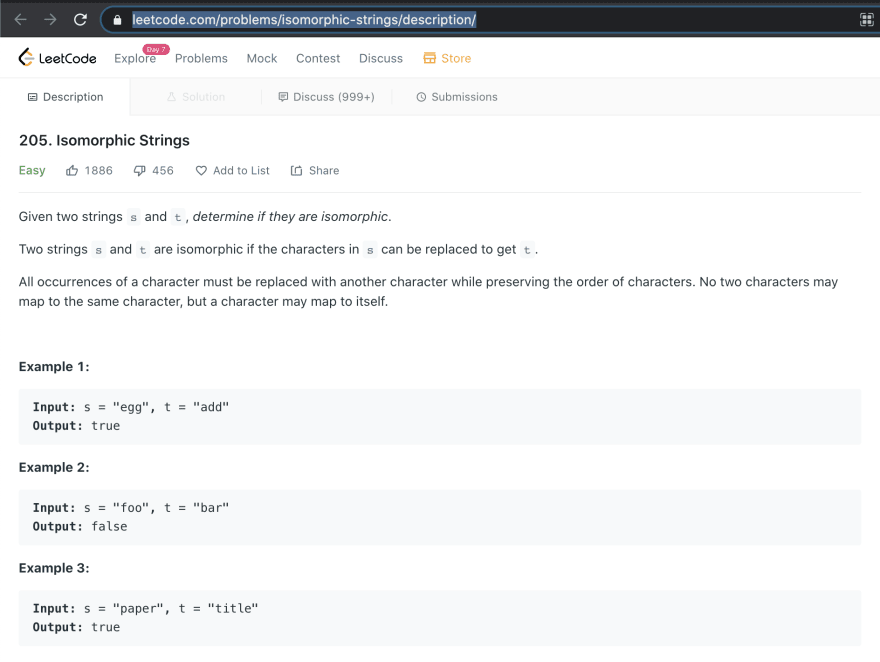 By analyzing the requirement, we can see actually the term isomorphic reflects the requirement quite well, which means having the same form, in other words, the forms (or structures) in a way are the same(equal). So we can just write some code to express the meanings:

So far we have the signature of the function equalBy, let's implement it:

It's natural and self expressed.

Now we take a closer look into isomorphic, we found it cares only the structure of the string, and doesn't give a shit to the detail characters in it. So how to we express the form (or structure) of the string?

By examining the examples given in the requirement we come up with an idea to express the structure of a string by the character indices in the string, which can be expressed by numbers so it abstracts from the detail characters. So we write the following code:

This line of code is a little bit long, let's test it and document it:

By far we have both equalBy and structure, so isomorphic is ready to run! We can write some tests to show it:

We ran the tests, all pass! 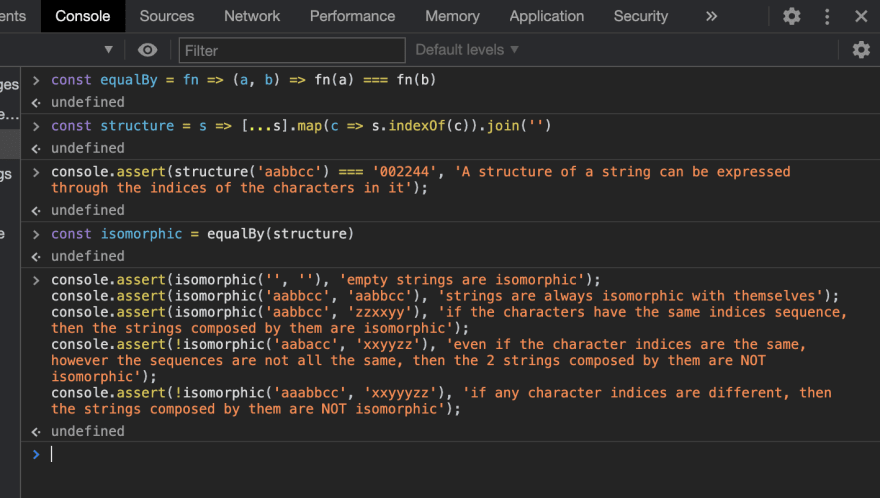 So the implementation code for isomorphic is only 3 lines in total:

You can see it's a pointless way of writing code, besides cool, it solves problem elegantly even to a simple extend!

You can try on your browser or check it in leetcode too: https://leetcode.com/submissions/detail/530009145/

5 Tips to be productive as a Developer

How can I join the open source community