After some months that MacOs Big Sur was released I have decided to move to it after being working with Catalina for a long time, it is a fact that there are many guides out there on the web about how to set up a dev workspace, however, some of them are outdated or no longer fit my needs, so I have collected a lot of information from some of them and created a new guide that I want to share.

As developers we need to install almost always the same set of tools for our daily basis, so this guide will go throught a list of apps, sdks, commands and many others tools that I found useful.

I have created a repository on GitHub to store the dotfiles and the installation script in case anyone wants to go straight to use it, I recommend to read the guide before though.

With this guide we will assume a clean installation of MacOs and go step by step through the installation process and a short description of each app/command/tool.

Let's open a new terminal and get started ...

Xcode is a large suite of software development tools and libraries from Apple, even if we are not iOS/MacOs developers, this step is necessary to install Xcode command line tools which includes MacOs SDK, and many other common tools, compilers, and commands that we will need in the whole guide.

Homebrew is in general words a package manager for MacOs that allow us to install software that does not come installed by default. It works as a command tool, although there are some apps to use it with a graphical user interface like Cakebrew.

Furthermore the default formulae, brew is able to track and use third parties repos, we need to add some repos and we can do it using the brew tap 'repo' command.

I recommend visiting and reading Hombew documentation page to solve any doubt about brew.

This font comes from the awesome fonts package Nerd fonts that includes developer targeted fonts such as Font Awesome, Powerline, and others. We will use this one to make our terminal pretty using icons.

By the way, we can search which fonts are included in this package by brew search nerd and then install any other we want just changing the name of the font in the command used before.

MacOs command line tools are based on FreeBSD instead of GNU, so this could be a challenge when we want to script something supported by both platforms or if we are used to gnu commands. brew can help us installing the GNU tools, however, they come with a prefixed g by default. We will install following tools coreutils, moreutils, findutils, gnu-sed, gawk, gnu-tar, grep, make, check their pages and decide if you want/need all of them.

In this section we will install other commands and utilities.

Some of the applications that we will install do not need a description, we will explain those that are probably not common or deserve to be listed.

Iterm2 provides a lot of features and customization is one of them, for people who have gotten used to dark mode like me, we have a lot of themes to choose from.

We will use dracula theme, for that we need to download the .itermcolors file either by cloning the repo or downloading the zip. 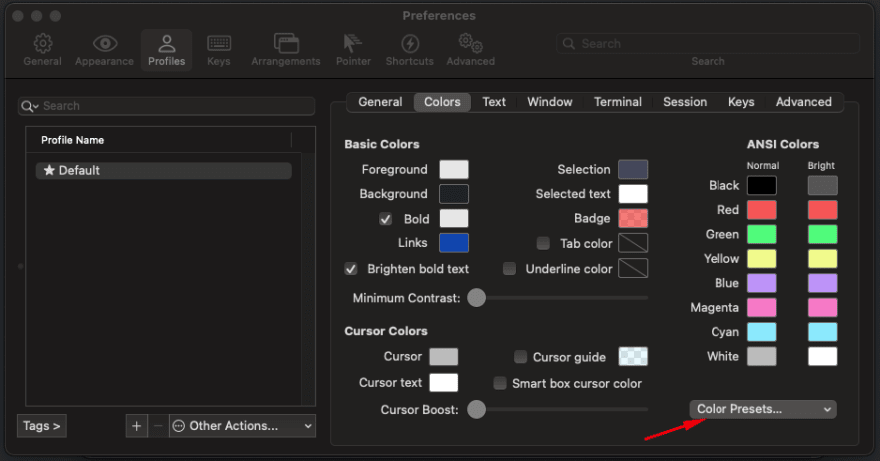 Import the Dracula.itermcolors downloaded before and then choose Dracula as theme 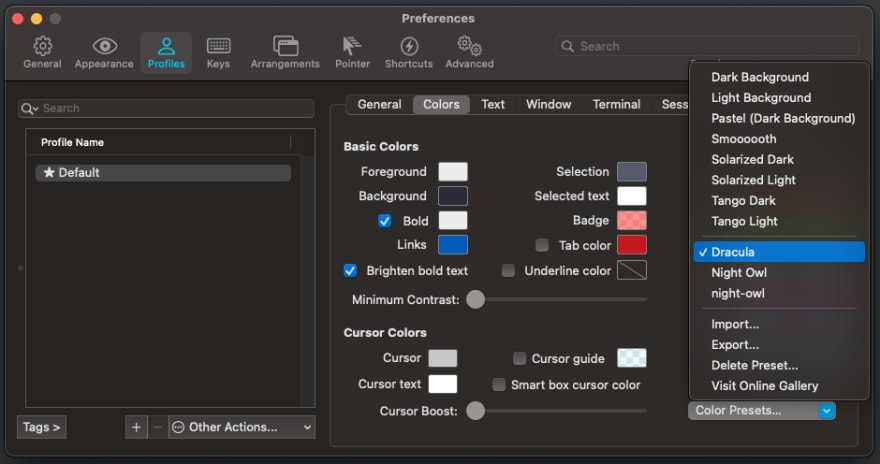 Now we will change the font to MesloLGS Nerd Font Mono the one installed in a previous step to make iterm able to show icons with powerline fonts. 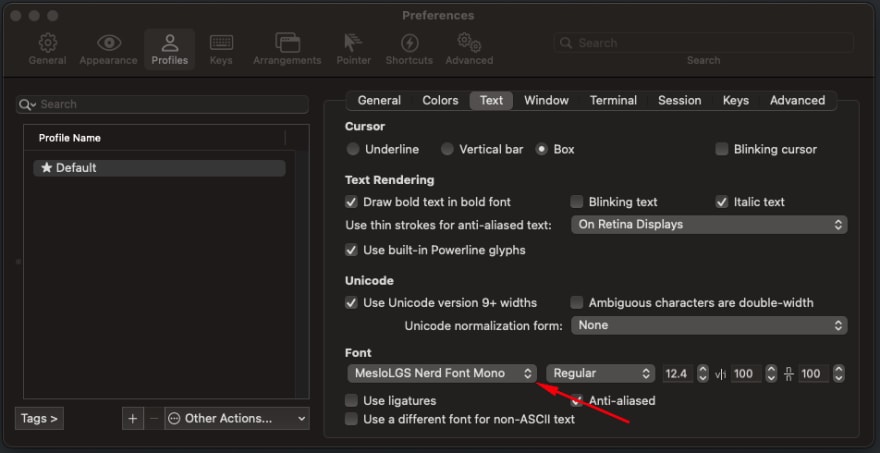 P.S. Oh-my-zsh and powerlevel10k still need to be installed for Iterm to look like this.

Since MacOs Catalina, zsh is the default shell on MacOs, zsh provides over 200 plugin integrations and is very similar to bash. There is a good comparison between the two here.

Oh-my-zsh is an open source and powerful community framework for managing zsh.

We can install oh-my-zsh with following command

Oh-my-zsh provides too many useful plugins, we are going to install a few of them.

Once the plugins are installed, we must activate them by modifying the ~/.zshrc file wich is the zsh configuration file.

And this will activate powerlevel10k theme

We need to restart the terminal and then the powerlevel10k configuration wizard will start.

Nvm is a version manager for node js, it helps us to install different versions of node and change it easily.

We will install it by executing next command in the terminal

During the installation process it will try to add some exports to .zshrc file to be able to use it. the file should include some lines like this:

Once we have verified that the lines are included, we should reload the session with source ~/.zshrc or open a new terminal window.

Now we can install any node version we want, in this case we will install the most recent lts version released

then we can check that node is installed properly

SDKMAN is a tool for managing parallel versions of multiple Software Development Kits on most Unix based systems, It provides a convenient Command Line Interface (CLI) and API for installing, switching, removing and listing Candidates.

To install sdkman input the following command in a new terminal

P.S. In this case we don't want to let it modify our bash files because we will do it by ourself for that we add the query param rcupdate=false, we can remove it if we want update the files with the installation.

After the process is finished we need to add the following lines to our ~/.zshrc file and reload the shell by source ~/.zshrc to be able to use it.

Now we can install any sdk availble into sdman. We will install JDK, to know which versions are available we can use the list option sdk list java 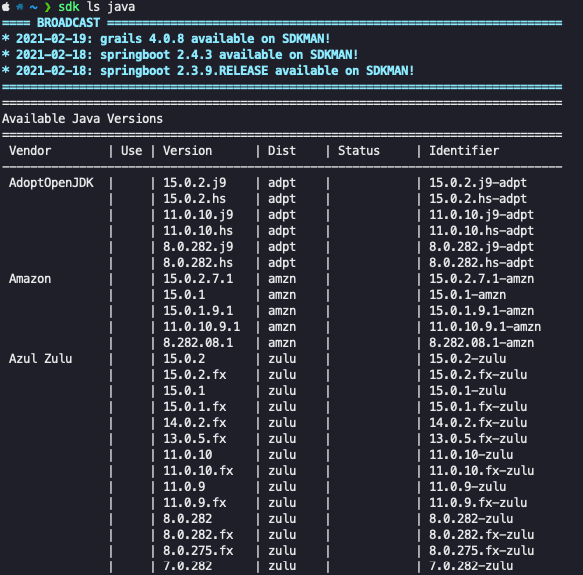 With the list obtained before we should use the column Identifier to indicare what version we want.

Now we should be able to use java JDK.

There are many other sdks, we can check them here https://sdkman.io/sdks

These dotfiles consist of 7 files, each one with an specific purpose.

Not Your Usual Study Guide to Cracking Coding Interviews