This is a post for testers, equally applies to devs but they already do this.

Don't be the guy who opens up the test tool, loads in the test data and clicks the run button on your tests. (feel free to mentally replace test with check)

It is pretty standard for developers to stand up a build box and have their code compiled and unit tested on a remote server. It is also common to only accept builds from this server, never sending a package off the developer computer to production.

But in testing this is the norm. Results are produced from a tester machine, their settings and their test data, many times the test results are fixed up after manual testing before anyone else sees it.

Instead look at having tests executed by a different system. If that means setting up Jenkins separate from the devs do it.

I decided to write this after seeing 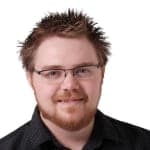 Two simple tests you should be using with Postman

And if you're going to us postman you will need Newman.

Concider following me if you liked the article. Check out my profile to see if you enjoy my other writings. I cover git, testing, D, and more.

Once unpublished, this post will become invisible to the public and only accessible to Jesse Phillips.

Thanks for keeping DEV Community 👩‍💻👨‍💻 safe. Here is what you can do to flag jessekphillips:

Unflagging jessekphillips will restore default visibility to their posts.