About a year ago, while in between jobs, I picked up yet another side project - a Linux desktop session manager written in Python. Like many of my projects, this one still isn't done, though I've made a lot of progress and shaved a bunch of yaks. I plan on writing more about the details of my session manager in future posts, but for today I want to focus on what, exactly, session management is and how it works.

When you turn on your Linux computer and boot to the login screen, what happens looks something like this:

A login manager is a program that grabs control of the X display and, to be tautological, manages logins. It presents you with a little UI that lets you enter your username and password and select what kind of session you want to start. I use one called LightDM that was written for Ubuntu and have a nice outrun theme set up for it. 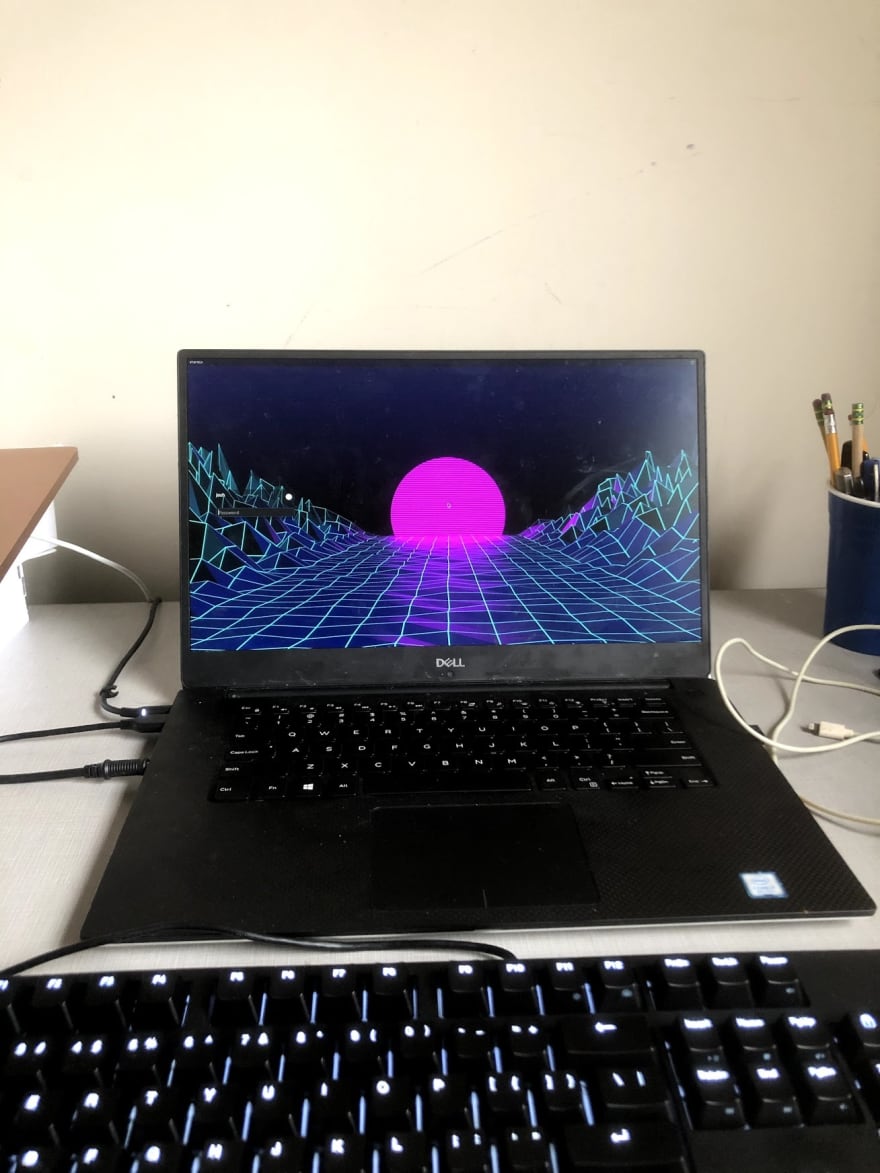 What happens when you press enter is something like this:

The session manager is the program that's in charge of starting all of these other pieces, and then shutting everything down gracefully when you log out. GNOME, KDE and XFCE all ship with their own session managers, called gnome-session, startkde and xfce4-session respectively.

What Happens When You Aren't Using A Desktop Environment

The process I described prior is what happens when you're running a typical desktop-oriented Linux distribution, such as Ubuntu - but anyone that uses Arch knows that things aren't so simple! There's actually a lot of variation in how this works. For instance, if you start X without a login manager, it might look like this:

my situation is a hybrid approach between these two strategies: I use a login manager but run ~/.xinitrc in a session using xinit-xsession.

When Would You Want To Avoid A Desktop Environment Session Manager?

That said, as a Linux hobbyist, I don't use any of these environments and am instead running something fully custom. To wit, my ~/.xinitrc (minus some X11 initialization boilerplate) looks like this:

Here, you can see that I fire up:

The last line in an ~/.xinitrc is usually exec'd and is usually the window manager.

This, in combination with xmobar, a really simple topbar that integrates with xmonad; dmenu, a lightweight menu program that I use to launch programs; and dunst, a DBus-activated notifications server; gives me a pretty pleasant and lightweight desktop. Xmonad in particular jells well with my brain, to the point that I set up a tiling window manager in OSX and will probably lord help me eventually write one for Windows.

Why You Actually Do Want a Desktop Manager

I'm pretty pleased with this setup, but using an ~/.xinitrc file definitely has some downsides.

For instance, my bash script can't restart any of the services. nitrogen and udiskie are both backgrounded, and if they were to exit for any reason nothing would be there to catch that and start them again.

Another consequence of using a bash script that's maybe less intuitive is that shutdowns are less graceful. When I "log out", this is basically what happens:

What I would like to happen is something a little nicer:

as it stands, most programs are surprisingly OK at dealing with a hard exit, but I've gotten Firefox in an unhappy state many times by being careless when logging out.

Finally, session managers in Linux support a standard for auto-starting applications which is unknown to my ~/.xinitrc file. Using this standard, you create .desktop files that specify what the programs are and how to start them, and the session manager will start all of them after the main environment is loaded. This isn't a great fit for the window manager or the status bar, but is a pretty good fit for starting tray applet adjacent tools like udiskie, as well as apps I always want open anyway, like Firefox and Slack.

My desktop session manager project, called korbenware (named after my budgie and as an extended Homestar Runner reference), is being written with Python and Twisted as a base. While working on it have implemented most of the XDG autostart standard, built a spec-compliant replacement for xdg-open, implemented logging infrastructure for journald, extended twisted.runner.procmon (and sent them a patch!), implemented IPython autoawait for Twisted, ported a small piece of GLib to Python, have written a DBus RPC framework on top of txdbus, attrs and marshmallow, and more.

These are all things I plan on writing about in the future, but in the meantime, this hopefully straightforward primer on Linux desktop session management should stand as a source of necessary context as I visit these topics in the future.

Thanks for keeping DEV Community 👩‍💻👨‍💻 safe. Here is what you can do to flag jfhbrook: