Because not everyone signs up to my newsletter.

Tap to flip that toast! And there are some hidden features here too!

You can check out a video walkthrough here.

An animated tree built with Pxl.

And here's the apple!

Saw a lot of custom OctoCats in July. So I made this abomination!

Another GreenSock button to add to the collection 😅 Click this one for some fun animation. Sound on.

Finally created a BRB scene for my live stream.

No words. Rambear has been deployed to help fire out code.

A little tongue in cheek perhaps. But, after seeing lots of single div, it was time for a "No div". The scene is built using the pseudo-elements on the body tag.

Tap each slice to reveal something different.

These are neat. If you need something a little different for your project. I have a walkthrough here.

We attempted to make some Cyberpunk-esque buttons on the stream by digging around the site.

Tap or click your fingers(Make a noise near your mic 😅) to make half the people disappear!

You can now grab variable fonts out of Google Fonts! That brings many benefits. But, one fun thing is animating the axis on a font 😅

I also put together an article about this. 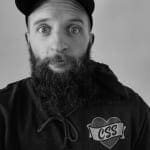 Wanna see more? Reach out and say "Hi!" on Twitter!

Why You Should Use a Git Client

Once suspended, jh3y will not be able to comment or publish posts until their suspension is removed.

Once unsuspended, jh3y will be able to comment and publish posts again.

Once unpublished, all posts by jh3y will become hidden and only accessible to themselves.

If jh3y is not suspended, they can still re-publish their posts from their dashboard.

Once unpublished, this post will become invisible to the public and only accessible to Jhey Tompkins.

Thanks for keeping DEV Community 👩‍💻👨‍💻 safe. Here is what you can do to flag jh3y:

Unflagging jh3y will restore default visibility to their posts.