Some controversy in the Javascript community has emerged over this classic variable declaration. So, are the E6 purists correct and we should forever delegate var to the dustbin? This blog post will get to the bottom of the debate.

So, with the above reasons clearly and logically indicating why var should never be used, why would anyone be temped to use it over const or let again? Kyle Simpson, author of You Don’t Know JS, and all-around Javascript guru, in this article, has argued for a possible case for var. Simpson argues that:

He provides this code block to illustrate his point: 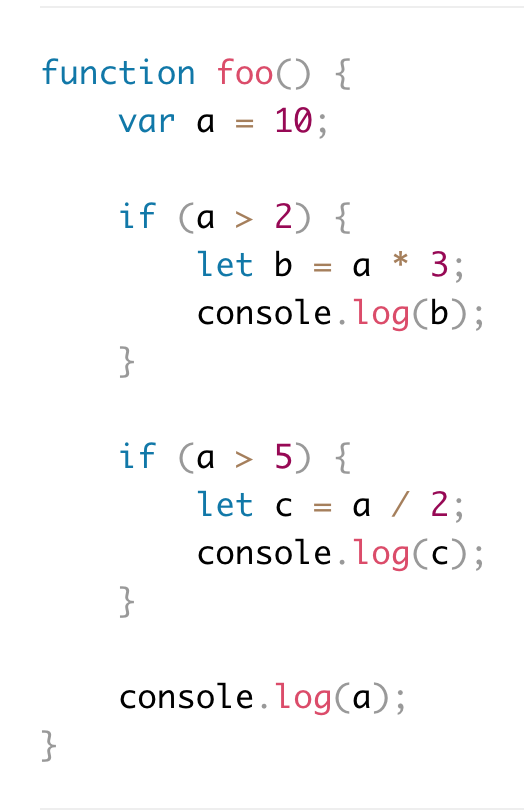 Essentially, Simpson is arguing that while changing var with let in the above example will still work the same, because two blocks explicitly take advantage of let’s block scoping (remember only let/const are block scoped not var), var is a helpful signal to indicate a function scope.

(Simpson also makes the case that when he uses try…catch blocks for debugging, the Let block scope causes unwanted errors.)

Ultimately, after looking at this above example Simpson provides, it’s not difficult to see how var constitutes a cleaner option in that instance.
Of course, many people disagree with Simpson. Sure, in the above example var is a clearer signal than let, but since it operates the same, is it really worth bringing it into play?

Once suspended, johnwolfe820 will not be able to comment or publish posts until their suspension is removed.

Once unsuspended, johnwolfe820 will be able to comment and publish posts again.

Once unpublished, all posts by johnwolfe820 will become hidden and only accessible to themselves.

If johnwolfe820 is not suspended, they can still re-publish their posts from their dashboard.

Once unpublished, this post will become invisible to the public and only accessible to John Wolfe.

Thanks for keeping DEV Community 👩‍💻👨‍💻 safe. Here is what you can do to flag johnwolfe820:

Unflagging johnwolfe820 will restore default visibility to their posts.