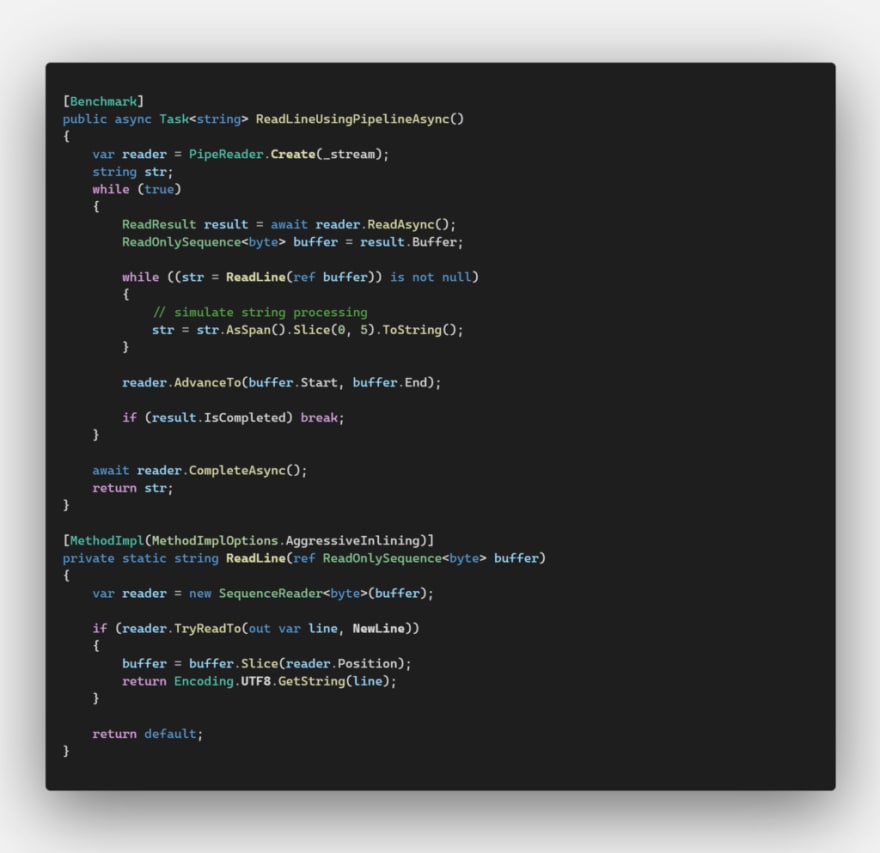 A typical approach for reading a string line by line from a file would probably be using ReadLine APIs. I have heard all good things about System.IO.Pipelines, which was born from the work of the .NET Core team to make Kestrel one of the fastest web servers. 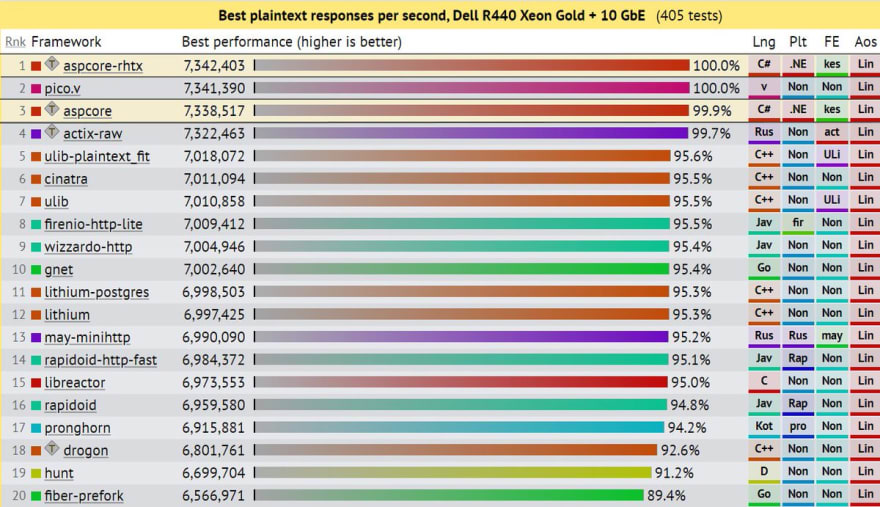 Round 19 of @TFBenchmarks is out and ASP​.NET Core on Linux racing to the top!

Who would have thought .NET would have been fully OSS and top performer *on Linux* a several years ago? #aspnetcore #dotnet

Although it is probably better suited for network socket IO, I was wondering how easy and how does it perform compared to the traditional ReadLine APIs? So I decided to give it a spin by creating simple benchmarks using BenchmarkDotNet as part of my learning journey.

But, for this post, instead of using a file as the source of the stream, I decided to use in-memory, presumably more-stable-for-benchmark MemoryStream. Feel free to modify it to use a file as the stream source and try it yourself.

The code for ReadLine is so dead simple; nothing fancy here.

(My apologies for the possibly misleading method name ReadLineUsingStringReaderAsync; it doesn’t use StringReader class at all).

You will probably spot that unfamiliar C# 9.0 Pattern Combinators is not null; Yes, I’m using the latest (at the time of writing) .NET 5 Preview 7 (5.0.0-preview.7) and the preview version of Visual Studio (Version 16.8.0 Preview 1.0). Don’t blame me, I love bleeding edge stuff!😎

See how is not null is transformed here.

To simplify the processing of a ReadOnlySequence, here I used SequenceReader; taken from the official sample here, modified it slightly to make it follow a similar pattern while (... is not null) as ReadLineUsingStringReaderAsync does.

And finally, here is the result: 40 benchmarks in 15 minutes on my machine. 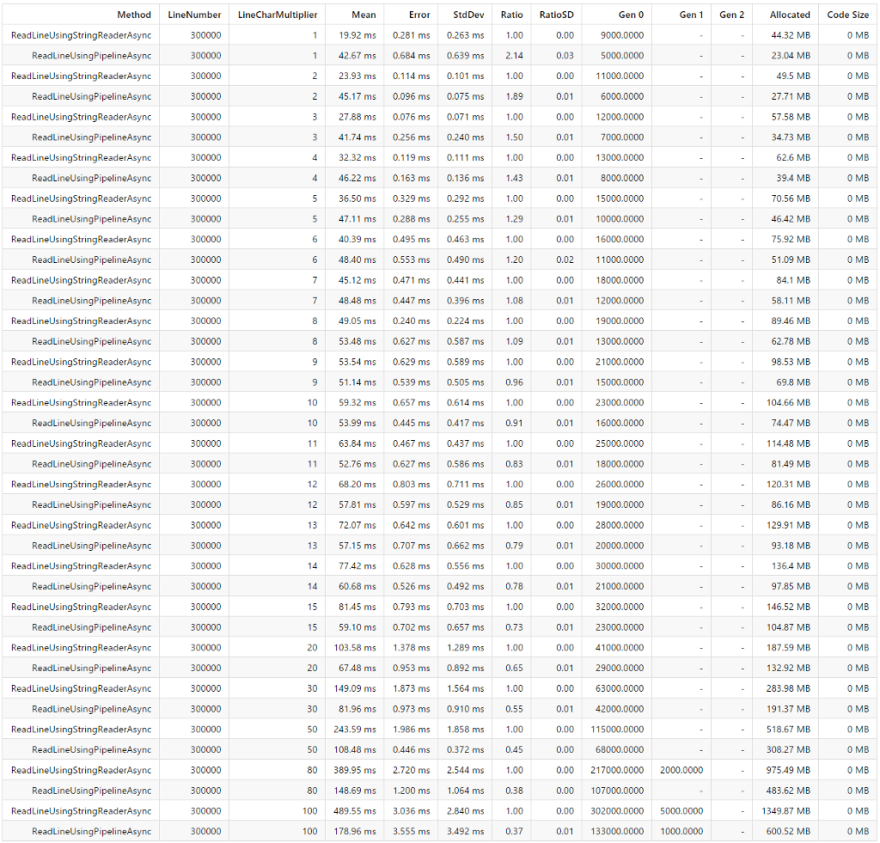 Here is the gist version:

You can find the source code in my GitHub repository.

[Update] See part 2 of this series for a better version! (Spoiler: faster on every test!)

DISCLAIMER: Your mileage may vary. As with all performance work, each of the scenarios chosen for your application should be measured, measured and measured. There is no silver bullet.

Is PHP compilable?! PVS-Studio searches for errors in PeachPie