Gather round, let me tell you a story. Filled with adventure, chaos, old school technology, and most importantly... internet accounts.

Hold your gasps, please. Let's start at the beginning.

Chapter 2 - A Dollar A Day Keeps The Internet At Bay

This book likes to start chapters with quotes, so we may as well share them!

"'Come on, then!' roared the Queen, and Alice joined the procession, wondering very much what would happen next."
Alice in Wonderland

Why this quote? I don't know! Possibly because the internet was just starting to come around, and this book is trying to get people to come along for the ride? I'm going to assume that's it, because there's no other good explanation for this.

So You Want To Join The Internet

How do you go about it? Well, we've got 40 textbook pages describing all of the options in detail, so I hope to god that, by the end of this, we have a good idea of just how to get an account on the internet.

"But Sharkie," you say. "You've mentioned that a few times. What makes an Internet account different from, say, a Dev account?"

Well, dear reader. an internet account makes it possible for the service provider to identify that yes, you are allowed to access the internet. It also allows them to bill you, and helps them with their accounting. So it's not that different, except that it let's you access all of the internet.

But you actually need 3 things to get hooked up - an account, the proper equipment, and a connection.

Back in the 90's the proper equipment included things like a telephone (yay dial-up), terminal, PC, modem or communications program. Some combination of all of these things will get you up and connected to the internet, as well as a phone line or an Ethernet connection.

There's also a good chance you'll need to learn a little bit of UNIX. Remember, this book was published in the 90s. Nowadays? I'm a Dev and I couldn't confidently say that I know much UNIX. But back then, that's how you ran your computer. That's how you did things. But we're not digging into UNIX until Chapter 12, so let's not dwell on that fact.

Who Ya Gonna Call?

According to this book, "How do I get an account on the Internet?" and "Who do I call to join?" are some of the most frequently asked questions about the internet. The latter is also (almost) the most FAQ about the Ghostbusters. Go figure.

The answer? "People wanting to connect to the Internet should call InterNIC." This is from Steve Wolff, the director of the Networking Division at the National Sciences Foundation. And we have a phone number! 1-800-444-4325.

So I called this number. I don't know what I expected - did I expect to get InterNIC and an account on the internet? But what I got was even better...

Or not. It was the Blue Cross and Blue Shield of South Carolina. Specifically, the federal employee office. And it was an automated message that warned me to call 911 if this was an emergency.

And that's about where I hung up and giggled wayyy too much. I would've hung on and waited to get a real person, but I'm not that gutsy. Also, I probably would've giggled through the entire conversation.

So. If you want to get an internet account, this number is a no go. Shame, really. We need more options.

This book quotes an anonymous network user: "If you don't already know at least one person in the Internet community, you probably wouldn't be wanting access - so call that person!" And, since we are all currently on the internet right now, and I'm pretending to not have internet, I'm putting the call out to you - Hello, internet friends! How do I get an account on the internet?

I await your replies.

"But, like choosing a car or a long-distance carrier, if you're new to using the Internet, you may need to research and think a bit before making final choices."

You don't want to just jump into it. It's a big commitment, you know. A whole buck a day! You could buy a coffee and the morning newspaper for that much money.

Tangent time, but I work in retail (marketing specifically, but I also am a cashier). I'm also a person who would never, ever think of returning something. For any reason. That's just not something I do.

But the amount of people who bring something back that they impulse bought is INSANE. Seriously, it would shock you to learn just how many people come back in and go "Well, I didn't need this. Can I return it?" This could all be avoided by thinking about the object, about how much it costs, and deciding at the time if you really need it.

Okay, back to the internet.

It's a commitment. It is. You need to make sure you're getting exactly what you want, and what you need. So think about it.

But don't worry! You can always get a new account - just ring up the phone numbe-oh. Right. That doesn't work anymore.

Yes, those old lovely chaps. We even have them still! Modern day and the past collide to create something gorgeous.

And that gorgeous thing.... is a list of IAP's. 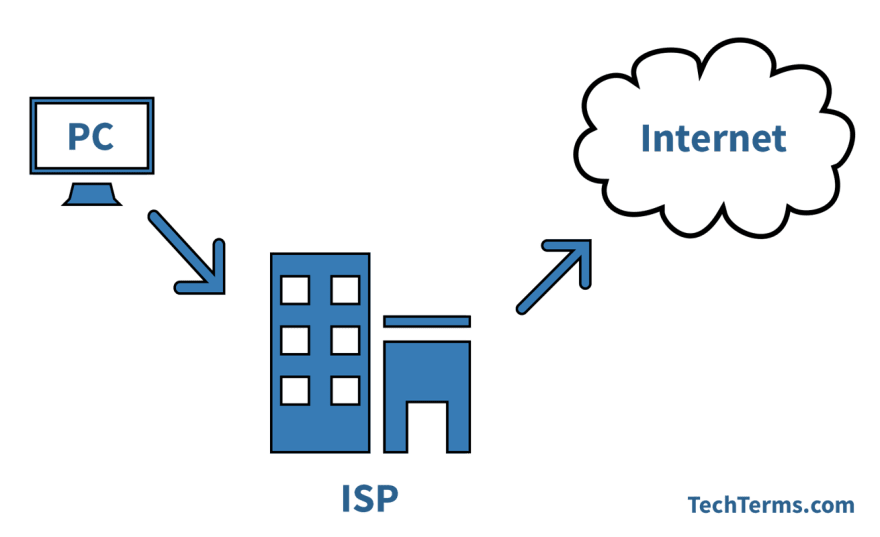 Well..... okay. Maybe we called them Internet Service Providers (ISPs) now. But back in the good ol' days, they were IAPs and there were a few of them. Now, there's a lot of them.

And according to this book, the full list of 90's IAPs would fill a book in itself. And I've been trying to search for an online list, but nothing is appearing. So... that might just remain a mystery.

BUT. Back in the good ol' days, they did have lists! And you could get them through fun ways such as "voice phone", e-mail (but isn't the whole point to getting this list to be able to access e-mail?), modem, FAX, and "even sending a letter". Isn't that a fun, modern bunch of ways to get access to a list of Internet Providers?

But how long does this process take? It seems like FOREVER, and I'm impatient.

Well, as mentioned a few times in this ONE PAGE OF THE CHAPTER, this process can be as simple or as complicated as you make it. Want to put a ton of research in? It'll be a while. Want to do it fast and easy? It might take an hour to get you up and running and you're free to go. It's all your choice, really. How much time do you want to spend getting on the internet?

But Sharkie... Why Do I Need The Internet?

Why don't you need the internet? The internet is this gorgeous, wonderful thing that is filled with information for enthusiasts and casuals alike.

How about telnet, ftp, Gopher, the WorldWideWeb, and internet services such as archie's list (which is full of public domain files and documents). How about e-mail. How about Internet Relay Chat.

This brought up the question... What is "archie's list"? Is it still available.

The answer is no. No it's not.

Okay, but why do I need an account on a computer system?

Woah woah woah, computer system accounts?! We haven't talked about those yet.

But yes, you most definitely need one. Especially if you want to access the internet. But this opens up a whole new world of possibilities, like:

But... what kind of information do you need to give up to get these accounts? Because obviously it has to be personal. You couldn't be anonymous on the internet like we are now.

And this, my friends, was the birth of the username.

Yes friends, the username. We all have multiple. Probably. Mine is justsharkie, nice to meet you, glad we could have this chat.

But back in the 90s, what were usernames like? What was the criteria to write a good username?

Thankfully, this book gives us the answers.

"Your username is usually derived from some combination of your first name, last name, and initials. For Alice N. Wonderland, it would be:

Passwords have been a thing since the dawn of time. Seriously. T.Rex69 had to have some way to keep his twitter account safe.

Some places assign passwords, some let you choose, but the method that will survive until the end of time is rejecting your choice if it's too short, or doesn't contain a %$&@# sign.

No no no, that's just the special characters. Sorry, it's confusing, I know.

They probably wouldn't let you swear either.

But what if you wanted another one? I mean, why not? We dual-boot computers to have both Linux and Windows/Mac running on one machine. This isn't that different.

But what reasons would you give for wanting another account?

I don't make the rules. This book does.

Finally, we can learn how to get an account... oh wait, some more decisions first.

So we've barely talked about the money involved. The internet isn't cheap, we all know this, we all pay our internet bills and sometimes cry over them. Or at least... I do...

Some questions to consider - do you want to pay hourly rates? A fixed monthly rate? Where you live definitely has an impact.

Let's get into some numbers.

So you want to pay per hour:

According to this book, the price can range from 1$-2$ per hour. So if you don't plan on using the internet for too many hours a month, this is probably the right plan for you.

But if you use it for more than a few hours a month, that's going to start adding up. 50 hours = 50 bucks, and while in 1990 you probably weren't going to use the internet for that long, it's still something to consider.

So you want to pay a fixed monthly rate:

Generally speaking, fixed prices would range from 15$ to 50$ depending on what kind of access you were going for.

Nowadays, double that. Then add some. Then add a bit more...

So you live in the middle of nowhere.

Hello, my middle of nowhere companions. How's the weather out there? Here it's a bit cloudy and the cows are mooing like there's no tomorrow.

This book doesn't give a ballpark estimate for rural internet, because the author had no clue. So it will forever remain - unsolved.

So what have we learned...

So far... this chapter hasn't said all that freaking much. I haven't learned all that much, or how to choose the perfect internet account for my needs. But don't fret yet - there is still A LOT of information to get through. Like, so much. I've got so many sticky notes left.

But, for the sake of digestibility and getting out that #content, we're going to break this chapter into multiple blog posts. That's right folks, this has become number 3.1.0.1.

Once suspended, justsharkie will not be able to comment or publish posts until their suspension is removed.

Once unsuspended, justsharkie will be able to comment and publish posts again.

Once unpublished, all posts by justsharkie will become hidden and only accessible to themselves.

If justsharkie is not suspended, they can still re-publish their posts from their dashboard.

Once unpublished, this post will become invisible to the public and only accessible to /*Sharkie*/.

Thanks for keeping DEV Community 👩‍💻👨‍💻 safe. Here is what you can do to flag justsharkie:

Unflagging justsharkie will restore default visibility to their posts.