In this series of posts, I will discuss coding questions on the LinkedList Data structure.
The posts in this series will be organized in the following way,

💁🏻‍♂️ Tip: You need to be good at pointer manipulations.

We will go through every node and make it point to its preceding node. The idea is fairly simple, it's all about pointer manipulations and how you will do it. Here's the algorithm,

Here's a dry run on a list of 5 elements to make things more clear, 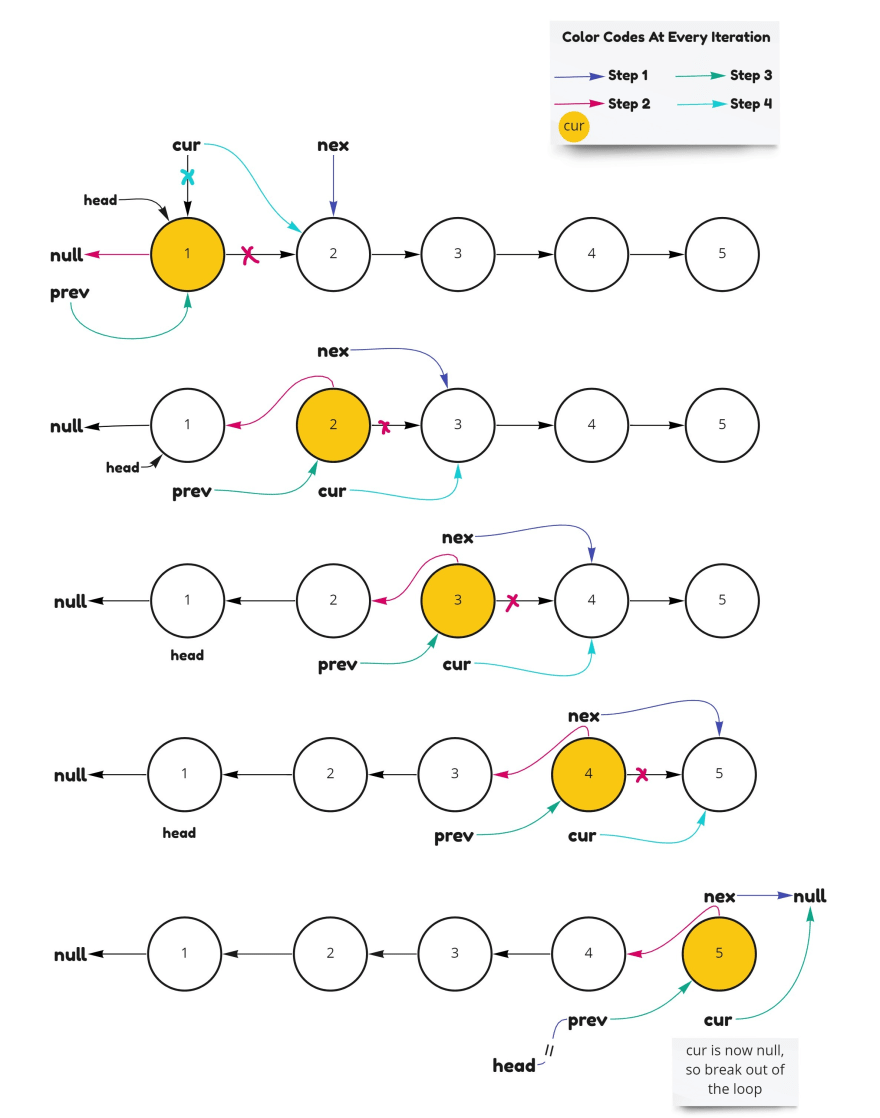 We are traveling every node.

We didn't use any extra space.

💡 Can you think of a recursive solution? I will answer this in the next post.

How To Change/Install Font In VS Code Editor (Windows)

Every Developer Must Know These 7 JavaScript Concepts.