Life is about choices. I chose to leave my college after freshman year. I decided to enroll in community college. I felt poorly about myself. I felt like I was floundering. I didn't know what I wanted to do, who I wanted to be, or what I wanted to make of my life. I began working as a hostess at a local restaurant in my hometown and it took off from there, but I didn't realize it until nearly 8 years later. I was so focused on the future that I was missing my present.

I found myself (mind you, entirely unqualified) promoted to a bartender at 19 years old. Bartending became my one consistent through all the ups and downs that were to follow. I enrolled in Iona College going into my Junior year and graduated in 2013 Magna Cum Laude with, of all things, a political science degree. Turns out I had a latent passion for international relations that took me 21 years to discover. But what do you do with a political science degree? The answer is usually law school. So I studied, I took the LSAT, I underscored on the actual exam relative to my practice exams, and only then did I realize that it was probably because the idea of law school interested me, but I did't know where I wanted to go with it.

Living near Manhattan with a degree in "potentially this or that" I found myself exactly where I had been at 19. Discouraged and aimless. I enrolled in the William Esper Studio for acting. I completed a 2 year program, made a lot of friends, put myself in more uncomfortable situations than I can explain. I laughed and cried and yelled my head off, but most importantly, I learned a lot about who I am. No, I didn't have a passion for acting, but turns out I learned what I really had was a passion for learning.

Which, albeit by an unconventional route, brought me here. Cocktail bartending in a downright amazing restaurant owned by Bobby Flay, graduated from two schools with degrees and certificates, with test scores collecting dust...in search of my next muse. This wasn't entirely unprompted, I'll admit. My brother, Patrick, had been coding in Manhattan for nearly 5 years at this point. I ignored most of his advice to dabble in programming myself. Computer Science was boring. I didn't have the brain for it. I didn't fit the mold. Cliche as it may be, I guess if you don't know where you're going, really any road will get you there.

I started Googling coding programs in NYC. There were an alarming number of results, but the one that really jumped off the page for me was offered through Rutgers University. 24-weeks, part-time (which is good, because unfortunately I am neither independently wealthy nor the honorary child of Bill and Melinda). What could I lose? Expecting to be rejected, I went through my application process. And despite my lack of faith in myself, I was accepted!

A series of unfortunate events (looking to you here, Lemony) delayed my enrollment 6 months. But life has a funny way of helping you out when you think it's conspiring against you. It took 8 weeks to heal from a terrible injury to my dominant hand, but I had 8 weeks to sit an reevaluate my choices that had brought me to this place. I felt a renewed determination to kick start my potential. I reenrolled in Rutgers after getting through a second round of interviews. I began class in August 2017. I had beyond a doubt, the greatest instructor I could have been paired with for the 6 months to follow (Hey, Kevin!). I believe whole heartedly without him and the incredible academic support team I had through Rutgers, this journey would have been radically different.

I sat in my first class, barely knew what HTML stood for, didn't know why people kept saying "the DOM", and banged my head off of my desk for weeks trying to get the hang of "this" (still do, mind you). I nearly quit, I doubted myself, I had blissful moments of clarity and confidence, I realized I'd never make it to graduation day, and then I did. 6 months later, I was offered a position as an academic recruiter for Trilogy Education Services and also as a Teaching Assistant with Rutgers University for the same program I just graduated from. I officially begin in May and couldn't be more excited.

When you feel the most lost, when you're struggling the hardest, when you feel closest to calling it quits, that's when you're learning the most. Every late night at the bar churning out hundreds of cocktails and feeling aimless. Every class in acting school wondering, "Why on earth did I start this?" Every test I've taken and let my scores sit patiently waiting to be applied to something. It all brought me here. It wasn't always about the outcome, it's about what I was learning along the way. Turns out computer science WASN'T boring. I DID have the brain for it. And honestly WHAT was the significance of fitting into a "mold?"

Turns out it all comes full circle. I'm, yet again, on the first leg of my next journey. 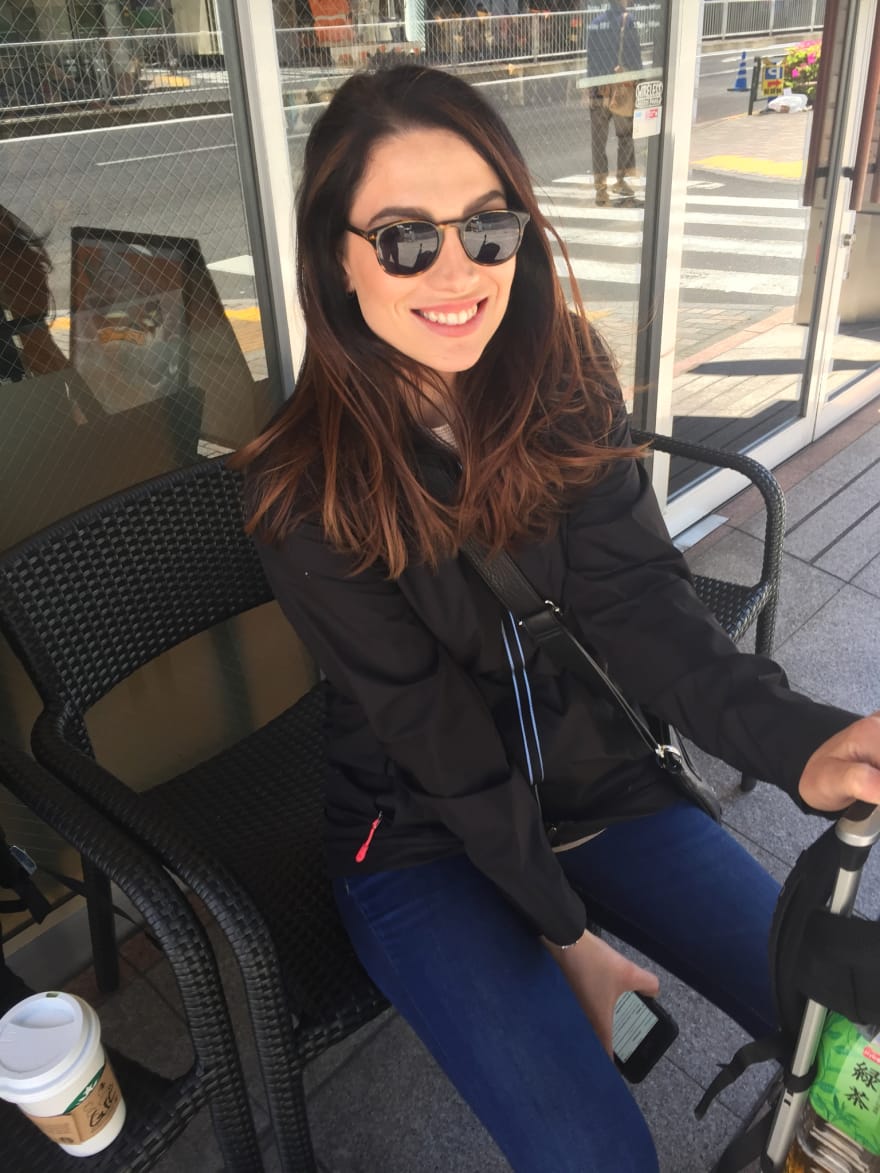 DISCUSS (2)
Report Abuse
Are you new to dev.to? Making the most of dev.to
Thanks for stopping by ❤️

Build That Component Tree! a.k.a. The Frontend Block Of My Bootcamp

Trending on DEV
I'm writing a book: De-Coding The Passion Project 📘
#books #productivity #startup #showdev
Definitive guides vs articles every day?
#discuss #webdev #healthydebate
Bilingual Devs What Language Are You Thinking in?
#discuss
What are your worst habits as a developer?
#discuss
What Did You Learn This Week --May 22?
#todayilearned #discuss
JavaScript DOM - Part 5 - Get Elements By ClassName [video + article]
#webdev #javascript #beginners #productivity
Best GitHub Repos for Web Developers
#github #webdev #javascript #productivity
Do you lose your technical skills once you're an IT manager, team lead for a group of developers, or CTO for too long?
#career #coding