In order to understand how remote debugging works for all python services or apps which based on it such as Odoo, Flask, Django, Web2py or whatever. you have to understand three different concepts the docker container, the debugger, the python app server (in our case it's Odoo). so in many cases, when running Odoo from docker it is like the following image: 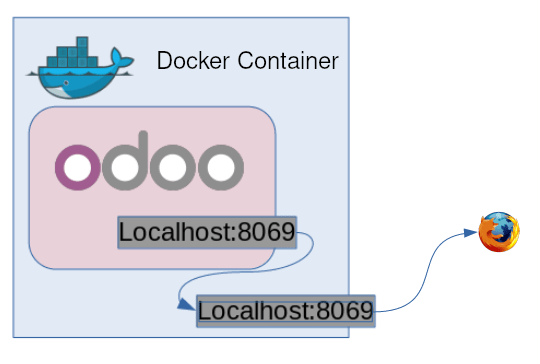 and what you really need to be able to debug would be like the following image: 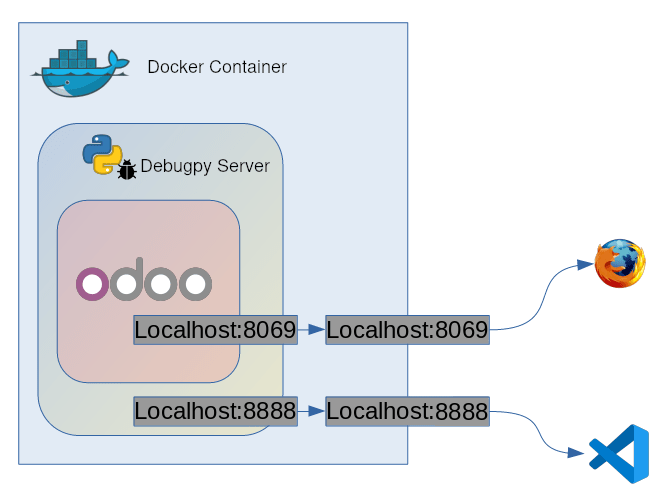 so to debug Odoo you will be doing as following:

Khaled Said
My VS Code setup
#vscode #productivity #javascript #webdev
Who likes stickers more? Software developers/computing professionals or five-year-olds? And why?
#discuss #watercooler #hacktoberfest #meta
What was your win this week?
#discuss #weeklyretro

Once suspended, kerbrose will not be able to comment or publish posts until their suspension is removed.

Once unsuspended, kerbrose will be able to comment and publish posts again.

Once unpublished, all posts by kerbrose will become hidden and only accessible to themselves.

If kerbrose is not suspended, they can still re-publish their posts from their dashboard.

Once unpublished, this post will become invisible to the public and only accessible to Khaled Said.

Thanks for keeping DEV Community 👩‍💻👨‍💻 safe. Here is what you can do to flag kerbrose:

Unflagging kerbrose will restore default visibility to their posts.