Hi everyone, hope you guys are doing well, today in this article I will be explaining the branching concept in git. If you love this article share with your friends and collogues.

Branching helps you to work isolated in a team, Let's understand this thing with an example
Imagine a team of 4 members a,b,c and d respectively are working on a particular project. Now a is given a task to fix a bug, b and c is given a task to implement a new feature and d is the team lead. Now a will create a branch named bugfix and b and c will work on different branches and after the work is done d will review all the code in different branches and in the and at last merge everyone's code to the master branch. Now a question may arouse that, why are we using branches here? Suppose a has not fixed the bug properly mean while b and c have made the implementation properly so it become easier for the team lead to review everyone code and merge it to the master one (the code in the master branch is used for the production)

How to create a branch & what happens then 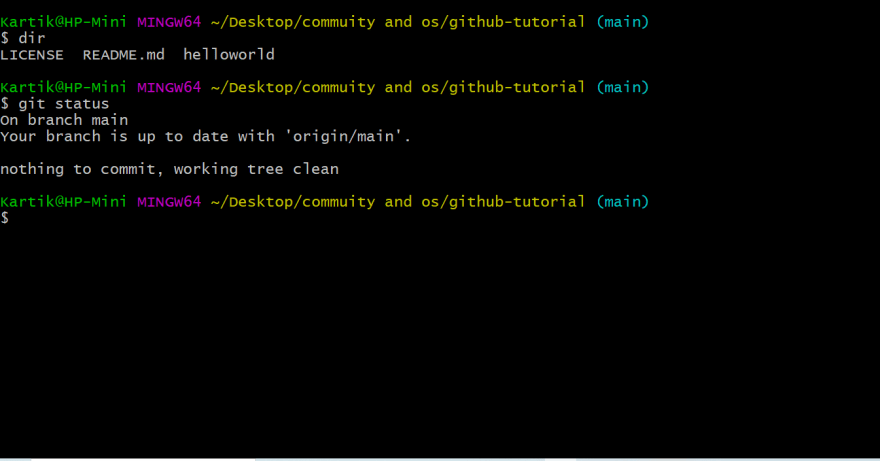 and we only have a single branch in our repo 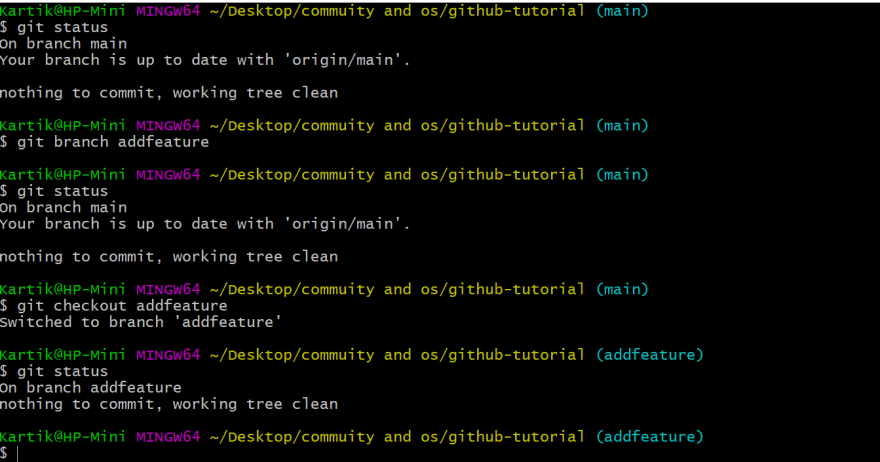 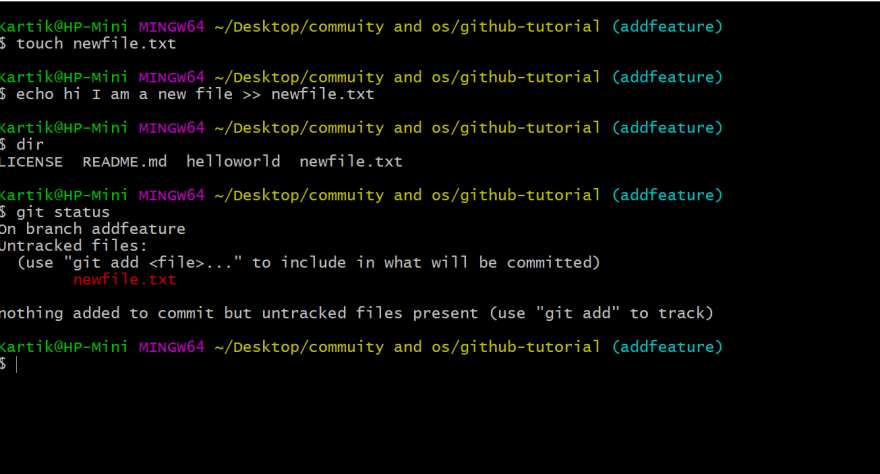 So now we have added a new file, now let’s commit and push it 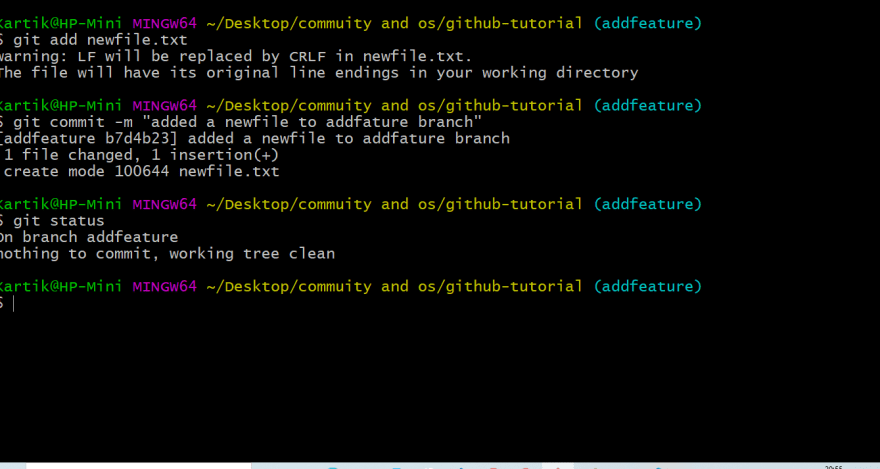 see we have added a file to our add feature branch and now we are getting an option for compare and pull i.e merging the code
you can see that our main branch does not have the newfile.txt

now if you see the main branch, it have the new file.txt 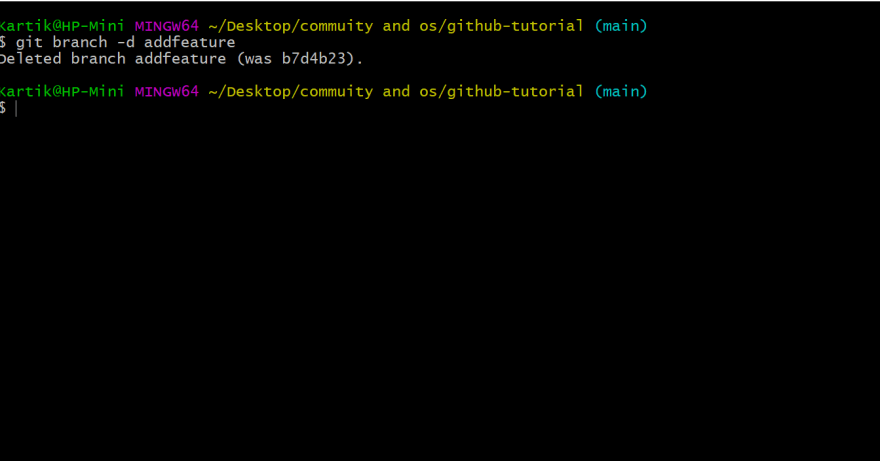 this command will delete our branch from our local git repository, now to delete this branch from GitHub use git push <remote> --delete <branch> 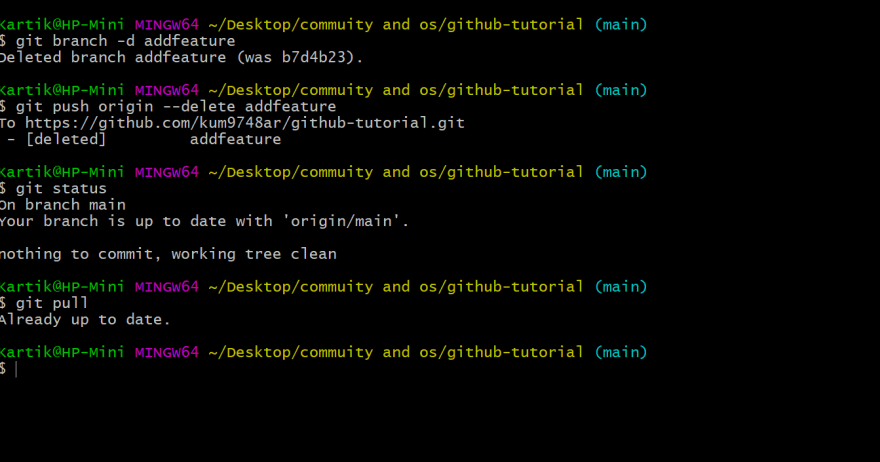 and if you want to delete the newfile.txt i.e. what you have, merged from the branch use git revert <commitid> 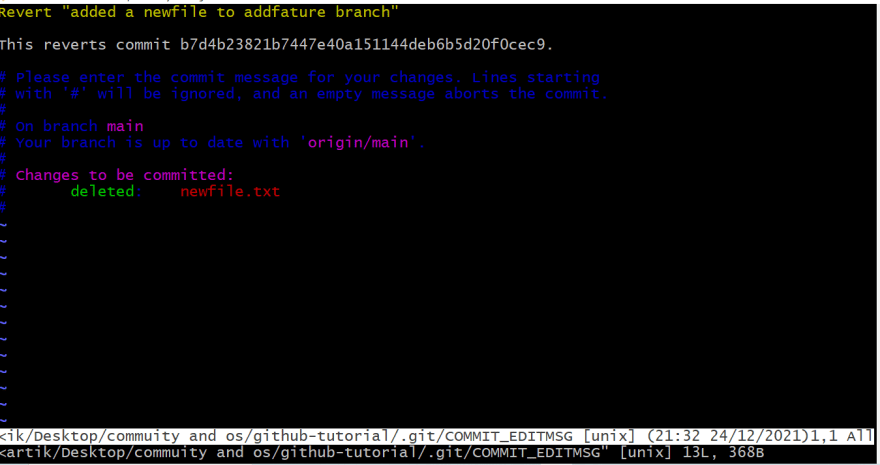 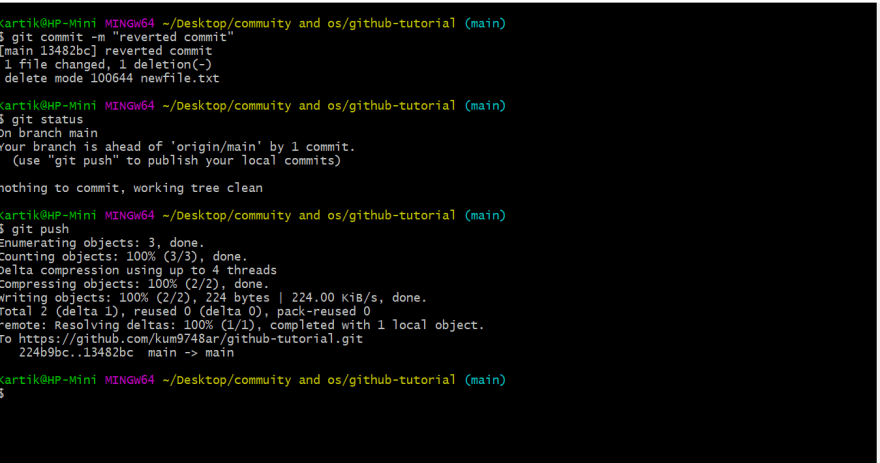 see now we don't have any the new file.txt in our GitHub repo.

So this was all about the branching concepts in git, feel free to comment out if you have any queries, hit a ❤️ if you love this article . stay tuned for next, Happy Coding :)

Once suspended, kumarkalyan will not be able to comment or publish posts until their suspension is removed.

Once unsuspended, kumarkalyan will be able to comment and publish posts again.

Once unpublished, all posts by kumarkalyan will become hidden and only accessible to themselves.

If kumarkalyan is not suspended, they can still re-publish their posts from their dashboard.

Once unpublished, this post will become invisible to the public and only accessible to Kumar Kalyan .

Thanks for keeping DEV Community 👩‍💻👨‍💻 safe. Here is what you can do to flag kumarkalyan:

Unflagging kumarkalyan will restore default visibility to their posts.