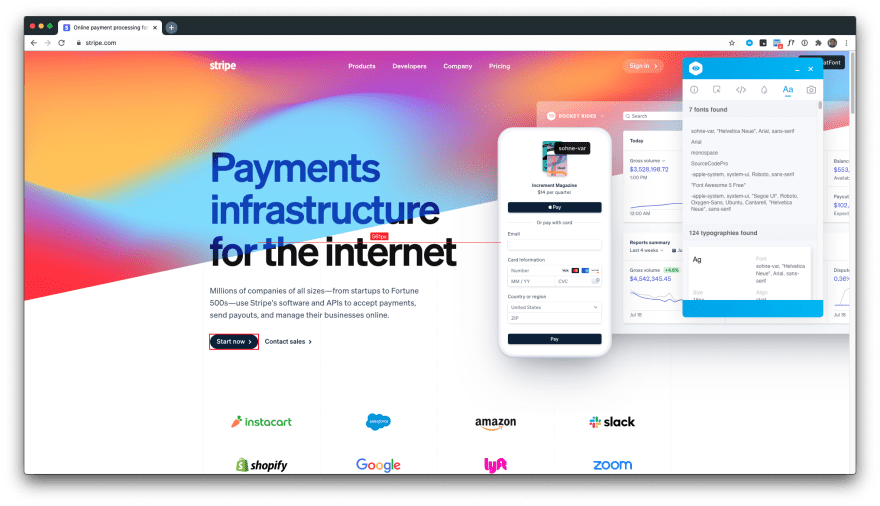 Sohne-var is the primary font. This was probably a ">= 5" figure decision for them to license this font. Here is some more detail about the font and similar types. 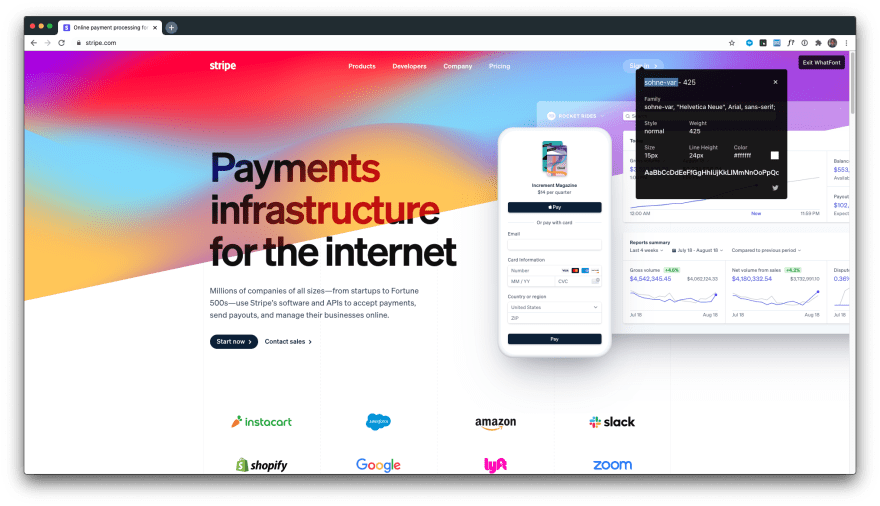 73 colors were used on that page. This is probably high because they make almost everything on the page an html element. This is highlighted by the fact that there are only 26 assets on the whole page. 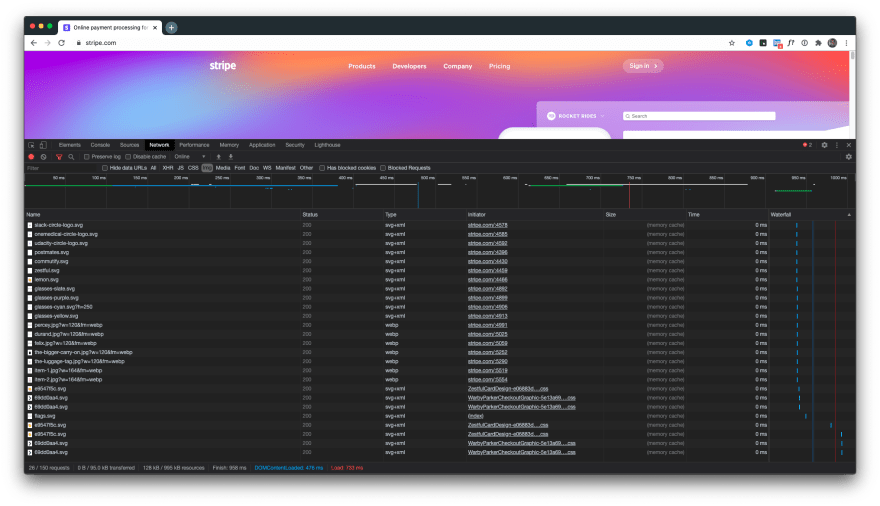 The animations are smooth and intricate as they were with the previous site. The animated text editor is pretty amazing.

The outlines I added to illustrate that it's not a gif but actual html elements. Looking at the source code it supports multiple languages, autocompletions, line numbers, a terminal area and more. I can only imagine this feature took considerable amount of time to make. Hopefully they open source it at some point.

There is a depth of knowledge with each new design that stripe uses. My previous post talked about the animation of the drop down from their previous version: 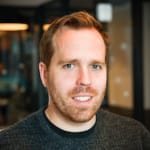 Modeling your SaaS business with Products and Prices

Golang 'error': Everything you know is wrong

Once suspended, kyleparisi will not be able to comment or publish posts until their suspension is removed.

Once unsuspended, kyleparisi will be able to comment and publish posts again.

Once unpublished, all posts by kyleparisi will become hidden and only accessible to themselves.

If kyleparisi is not suspended, they can still re-publish their posts from their dashboard.

Once unpublished, this post will become invisible to the public and only accessible to Kyle Parisi.

Thanks for keeping DEV Community 👩‍💻👨‍💻 safe. Here is what you can do to flag kyleparisi:

Unflagging kyleparisi will restore default visibility to their posts.