Some time ago, I was writing my resume. People suggested writing it in LaTeX. So I started reading up on it. Then I stumbled upon a tool called groff and found it much easier, faster and less bloat than LaTeX.

Both of these tools are used to write documents that can be converted into PDFs. I wanted a solution in vim so that I could live preview these PDFs as I was writing them. So I decided to make a vim plugin that does so:

A plugin to open groff output pdf in preview

Made with by Angad Sharma

It supports LaTeX, groff, as well as markdown.

What we are going to use 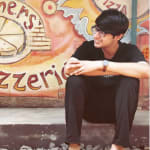 All of these tools are already available in most official linux repositories and can be downloaded using your vanilla packet manager:

On Arch based distros, zathura-pdf-poppler needs to be downloaded in addition.

We want that the \ + q keybinding to compile the document we are working on into a PDF and the \ + p keybinding to preview the PDF in zathura after compiling it.

Getting to the vim script

The following code divides the process into 2 functions, namely Compile and Preview. The former checks our current file type and applies the appropriate compilation command to it. The latter opens up the output PDF in zathura. Add the following code in your ~/.vimrc:

When we press preview, our zathura instance opens up. Now the best thing about zathura is that it watches the opened file. So after you press preview for the very first time, you don't have to press it again. Simply compile to view the changes in the PDF. Here is what our extension looks like:

Angad Sharma
Backend Developer and DevOps SysAdmin
InstantWM: Animations in a Window Manager!
#linux #tutorial #opensource #ubuntu
Self Hosting to the Xtreme | Server on Mobile?!
#android #go #tutorial
I Got Tired of Being Un-Informed | Not Anymore
#productivity