Prometheus is an open-source monitoring tool for collecting metrics from your application and infrastructure. As one of the foundations of the cloud-native environment, Prometheus has become the de-facto standard for visibility in the cloud-native landscape.

Prometheus is a time-series database and a pull-based monitoring system. It periodically scrapes HTTP endpoints (targets) to retrieve metrics. It can monitor targets such as servers, databases, standalone virtual machines, etc.
Prometheus read metrics exposed by target using a simple text-based exposition format. There are client libraries that help your application to expose metrics in Prometheus format. 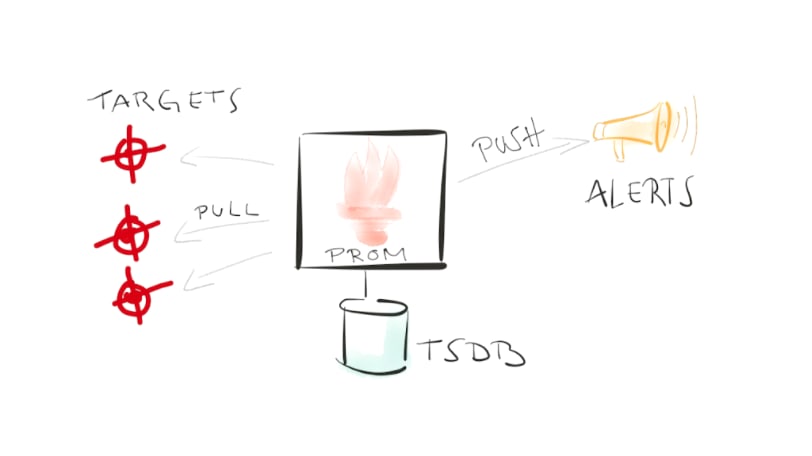 While working with Prometheus it is important to know about Prometheus metrics. These are the four types of metrics that will help in instrumenting your application: 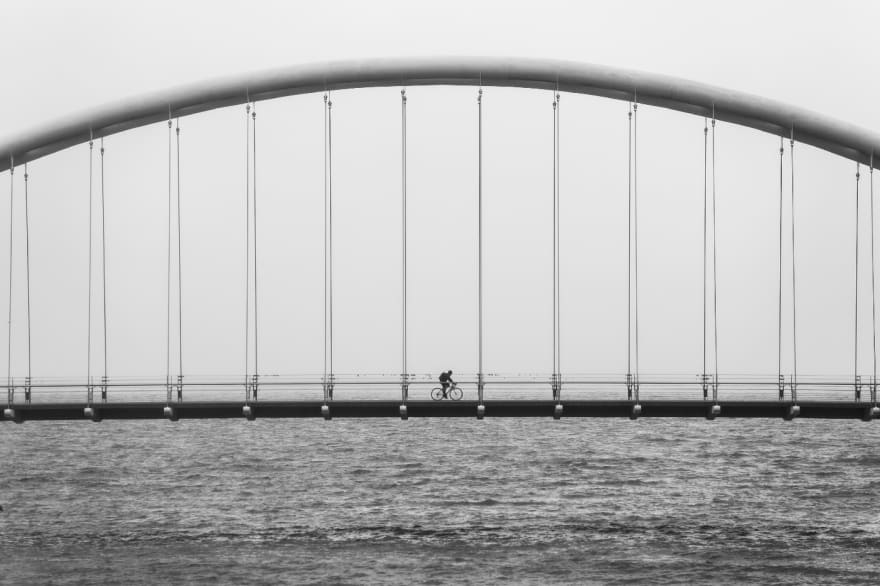 Some applications like Spring Boot, Kubernetes, etc. expose Prometheus metrics out of the box. On the other hand, exporters consume metrics from an existing source and utilize the Prometheus client library to export metrics to Prometheus.

Prometheus exporters can be stateful or stateless. A stateful exporter is responsible for gathering data and exports them using the general metrics format such as counter, gauge, etc. Stateless exporters are exporters that translate metrics from one format to Prometheus metrics format using counter metric family, gauge metric family, etc. They do not maintain any local state instead they show a view derived from another metric source such as JMX. For example, Jenkins Jobmon is a Prometheus exporter for Jenkins which calls Jenkins API to fetch the metrics on every scrape.

Jenkins exporter for Prometheus in python.

We will build a Prometheus exporter for monitoring HTTP servers from logs. It extracts data from HTTP logs and exports it to Prometheus. We will be using a python client library, prometheus_client, to define and expose metrics via an HTTP endpoint.

Our HTTP exporter will repeatedly follow server logs to extract useful information such as HTTP requests, status codes, bytes transferred, and requests timing information. HTTP logs are structured and standardized across different servers such as Apache, Nginx, etc. You can read more about it from here.

Here is the script which collects data from apache logs indefinitely and exposes metrics to Prometheus :

The follow_log function tails apache logs stored var/log/apache in your system infinitely. gather_metrics() uses a regular expression to fetch the useful information from logs like status_code and total_bytes_sent and accordingly increments the counters.

If you run the script, it will start the server at http://localhost:8000 The collected metrics will show up there. Setup Prometheus to scrape the endpoint. Over time, Prometheus will build the time-series for the metrics collected. Setup Grafana to visualize the data within Prometheus.

You can find the code here and run the exporter:

It extracts data from http logs and export to prometheus. 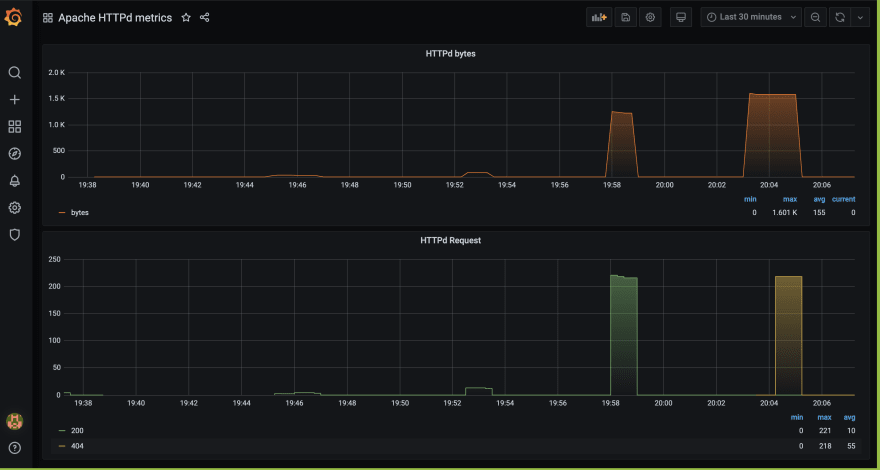 Once suspended, ladiesindevops will not be able to comment or publish posts until their suspension is removed.

Once unsuspended, ladiesindevops will be able to comment and publish posts again.

Once unpublished, all posts by ladiesindevops will become hidden and only accessible to themselves.

If ladiesindevops is not suspended, they can still re-publish their posts from their dashboard.

Once unpublished, this post will become invisible to the public and only accessible to Nancy Chauhan.

Thanks for keeping DEV Community 👩‍💻👨‍💻 safe. Here is what you can do to flag ladiesindevops:

Unflagging ladiesindevops will restore default visibility to their posts.