Contributing to TLDR Pages has introduced me to tons of interesting and useful commands like lastb, which shows the details of failed login attempts. Of course you can't write good instructions for unfamiliar material so I ran lastb -iw on one of my AWS VMs and got a rather unpleasant surprise:

967 failed logins? I know this wasn't me because I authorize with public keys. I doubt that this is a targeted attack because this VM doesn't have an aftermarket CNAME or publicized IP address. Are there really this many botnets in-flight?

The nice people from GCP offer a no-strings micro VM for free, let's provision one and see how long it sits unmolested before it's probed for SSH

Well this is a grim development: 5 minutes until the first SSH probe. I would like to see where these people are coming from, but don't want to waste my (very) limited resources on a dedicated honeypot; let's try for lightweight data collection on already-running VMs.

• bash and awk can be considered part of the Linux firmament.

• https://mapbox.io graciously offers an SVG mapping API with a free-tier.

• https://ipstack.com offers an IP address geolocation API with a free-tier.

To avoid overwhelming the goodwill of these API providers, we will restrict our queries to IPs that probed our VM in the last 24 hours.

And here we have a handsome world map with pins stuck in every probing botnet's source-IP location, suitable for framing or scaring your boss. 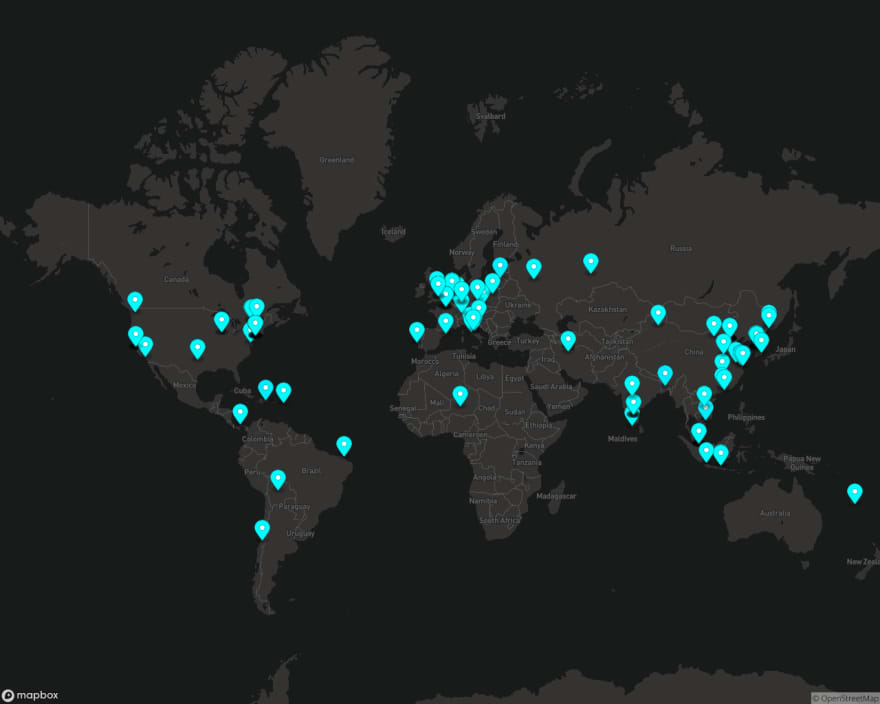