We all have our way of doing things, but there are still some general mistakes that we can avoid.

Here are the ones I've encountered most frequently:

You can build an app that handles millions of users, using a simple tech stack.

Let's take a look at what HEY is using:

That tweet belongs to David Heinemeier Hansson, the creator of Ruby on Rails and the founder of Basecamp and HEY.

As you would expect, there are lots of opinions in the comments:

@dhh I think I’m missing something. Mongo is perfect for the that much data. Also why is there no Go or Rust in this high end product?

@dhh Hey stack is boring but it works , These days i would choose #typescript and #react over #rubyonrails and #mysql

If you're skeptical about MySQL, you should know that Uber switched from Postgres to MySQL in 2016.

And sometimes, it's perfectly fine to use vanilla JavaScript.

The idea behind technologies like React and Angular is to use them for large web applications where you need to have states synchronized across many different UI elements.

In many cases, something lightweight can be more appropriate.

If you're not working on an application used by millions of people, you probably shouldn't focus on separating your app into microservices just yet.

You can take care of that later, when your application starts getting millions of users. 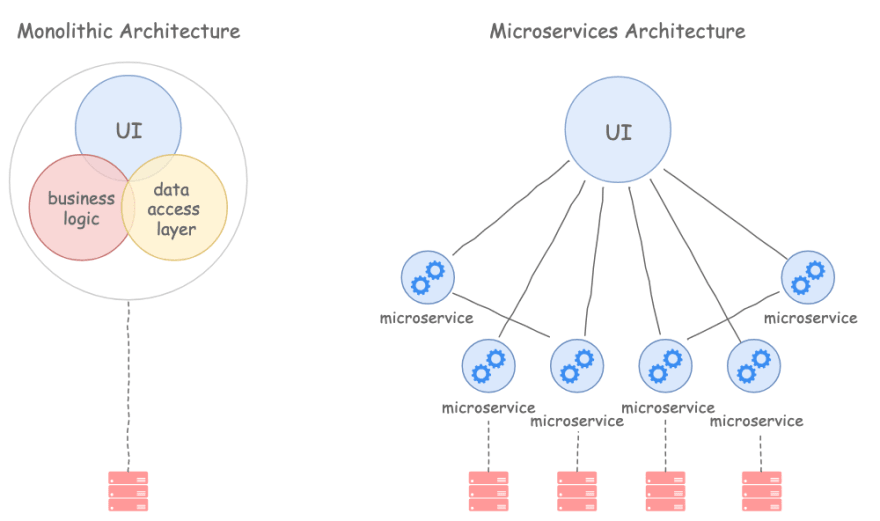 Surprisingly, a monolithic architecture can still handle 6-8 million users if you scale it and optimize it correctly.

We should focus our energy on delivering a better experience to our users, not to ourselves.

We should only build websites that are inclusive and accessible to everyone.

I learned a lot about Accessibility from this article written by Addy Osmani.

Accessibility legislation for websites is still in a gray area, but this might change in the near future and companies that do not comply might face large fines, similar to GDPR.

Let's have a look at this chart from Stat Counter: 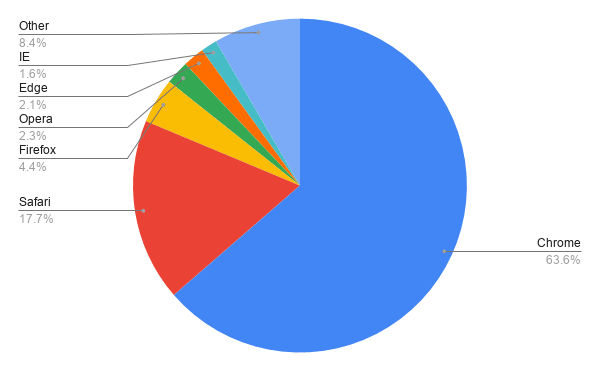 Checking your website only on Chrome means you're leaving out 36.4% of your users.

The new version of Microsoft Edge is using Chromium, but it doesn't mean that your website will behave exactly the same in Chrome and Microsoft Edge.

Safari has a market share of 17.7% and it's using WebKit as a rendering engine.

There is no silver bullet or magical solution for cross-browser compatibility, you still have to test.

Some testing tools might impair your cross-browser testing efforts from the start.

For example, Cypress doesn't work on Safari and Internet Explorer and there is no sign that it will ever offer support for them.

Since I work at Endtest, I'm very familiar with cross-browser testing, since our platform is used by thousands of developers to build and execute automated tests.

The best web developers I know always make sure that their applications work on all major browsers.

4. Working in a bubble

Developers can build an app for the Financial sector without knowing or learning anything about that particular domain.

It's easy to get away with this because everything is broken down into small tasks and the business logic is handled by a Product Team. 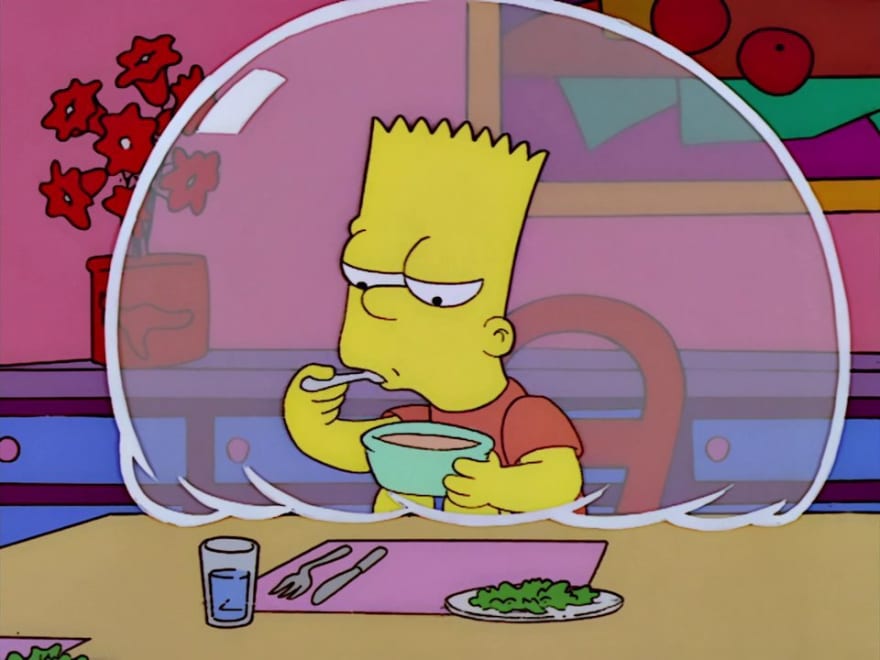 Taking the time to learn more about the domain and the users can help you deliver a better experience to them.

Start by discussing more with the Product and Sales teams, you can learn a lot from them.

Open source is by far the best thing that has ever happened in the software industry.

The problem is that some companies are now using the term as a Marketing technique.

Some companies noticed that developers have a low tolerance for proprietary solutions, so they just rebranded themselves as open source.

This tends to give them a free pass to promote their brand on open source communities, to avoid security assessments and to fly under the radar of developers who might not realize that there is a for-profit corporation behind that solution.

Some of your favorite open source solutions are owned by for-profit corporations:

A large number of open source solutions are actually developed and maintained only by employees, with no active community behind them.

And some for-profit corporations go to great lengths to give the impression that there is an active community behind their solution.

Remember how Kevin from Home Alone created the illusion that there were people in the house to scare off the burglars?

There are plenty of unethical techniques used in that space, such as hiring people to sit on public Slack and Gitter channels to defend that solution and dismiss alternative approaches, or offering small financial incentives to tweet about that open source solution.

The real issue is misleading users into thinking that the open source solution is built by a community and its popularity is not artificially inflated.

It's always a good idea to investigate an open source solution before using it, as most of the hype might be the result of an obscene Marketing budget.

Once suspended, liviufromendtest will not be able to comment or publish posts until their suspension is removed.

Once unsuspended, liviufromendtest will be able to comment and publish posts again.

Once unpublished, all posts by liviufromendtest will become hidden and only accessible to themselves.

If liviufromendtest is not suspended, they can still re-publish their posts from their dashboard.

Once unpublished, this post will become invisible to the public and only accessible to Liviu Lupei.

Thanks for keeping DEV Community 👩‍💻👨‍💻 safe. Here is what you can do to flag liviufromendtest:

Unflagging liviufromendtest will restore default visibility to their posts.