The main reason I wanted to learn CSS was because I was very interested in Responsive Web Design. I tried to use the 'float' method until I discovered it was a bit outdated and there were better options for a web layout.

I started using Flexbox to organize my layout. Until I discovered CSS Grid. But I was confused as Flexbox and CSS Grid are very similar and I didn't know when to use which. So, let me tell you what I learnt from my new research. 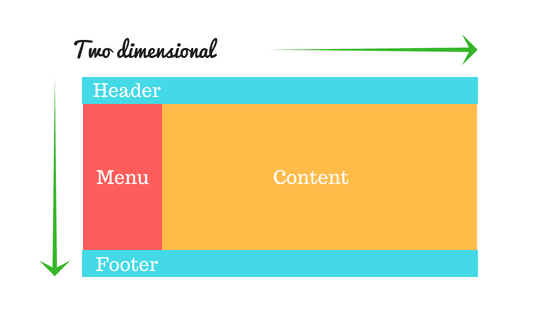 I created some time ago a tribute page as a project for the FreeCodeCamp curriculum. Fully responsive and made with Flexbox, in case you want to check how to use it.

Edit: I also made the same project with CSS Grid, check it out.

When I have doubts

CSS Tricks has simple guides to use Flexbox and CSS Grid. I check them everytime I have a doubt or don't remember syntax.

Which one do you use the most?

Lucas Olivera
I work as a Salesforce Developer. I have been programming since I was 9, I like Javascript, Python and Game Development. I write articles in dev.to too!
My review on freeCodeCamp's curriculum
#review #beginners #webdev
Everything you need to know about NoSQL databases
#beginners #database #nosql
Time till Endgame
#react #project #beginners #marvel

Once suspended, lmolivera will not be able to comment or publish posts until their suspension is removed.

Once unsuspended, lmolivera will be able to comment and publish posts again.

Once unpublished, all posts by lmolivera will become hidden and only accessible to themselves.

If lmolivera is not suspended, they can still re-publish their posts from their dashboard.

Once unpublished, this post will become invisible to the public and only accessible to Lucas Olivera.

Thanks for keeping DEV Community 👩‍💻👨‍💻 safe. Here is what you can do to flag lmolivera:

Unflagging lmolivera will restore default visibility to their posts.