When I was in the final stages of developing my blog, I started looking into the best way to handle comments. After going through the list of usual suspects (such as Disqus), I ran into a series of blog posts (1, 2, 3, and more) on the topic of using GitHub for comments. As I kept digging, I noticed a common pattern in the aforementioned blog posts – people were ditching Disqus for a GitHub solution due to how slow, bloated and privacy-intrusive Disqus is. I was now convinced that leveraging GitHub was the way to go.

So I started making notes about all the necessary components. Things like handling the GitHub API rate limits, styling the comments section, automating the process of creating a GitHub issue for every blog post, etc. And then I ran into Utterances.

Utterances takes all the hard work you'd have to do to have a GitHub-backed comment section on your blog and packages it into a GitHub app. It is open source and even comes with a dark theme! I have already integrated it on my blog and can confirm that the entire process is completely painless. Here is the list of steps I had to take to set it up.

The first step was to create a public GitHub repository for housing my blog's comments. 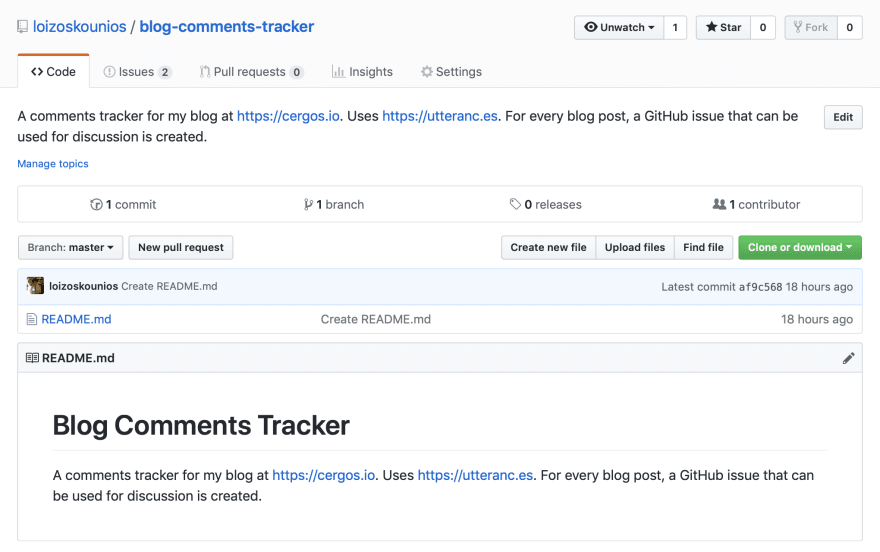 Then I had to install the Utterances GitHub app to the repository I created above. 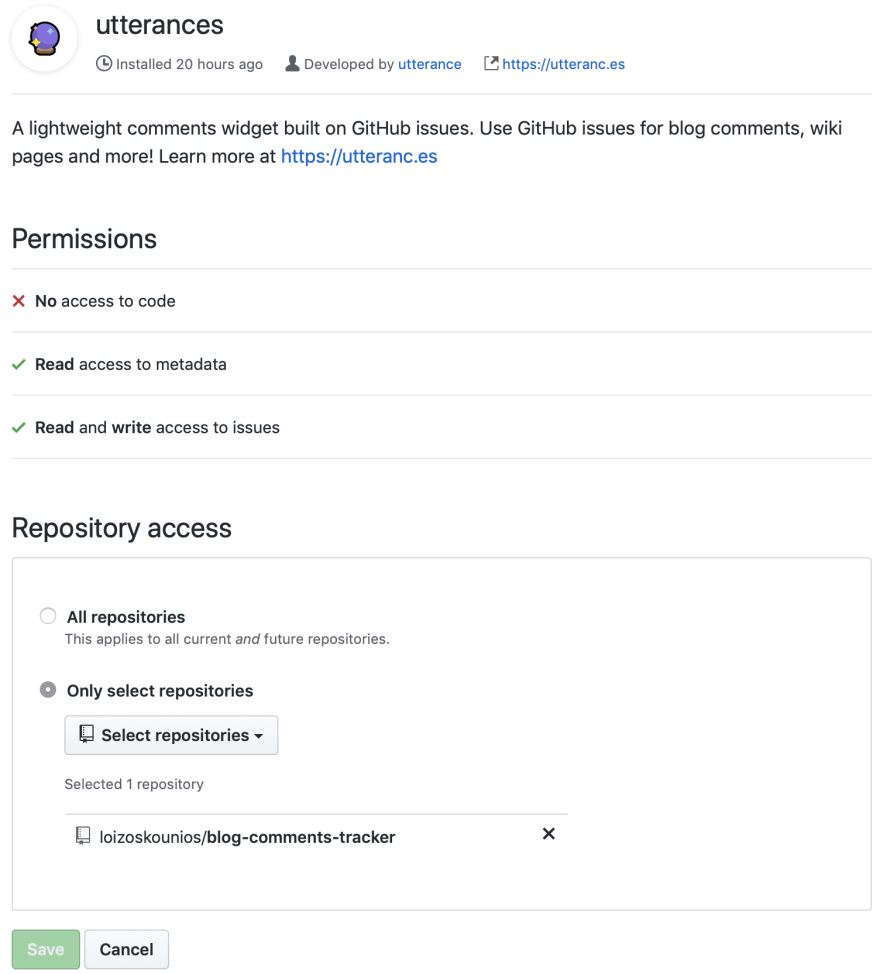 I then used the configuration section on the Utterances website to generate the script tag that I would later load on my blog. The script tag in my case was the following:

All that was left was for me to load the script into my Gatsby blog. Luckily, it was fairly easy to set this up in React.

This is the final result in a dummy blog post. 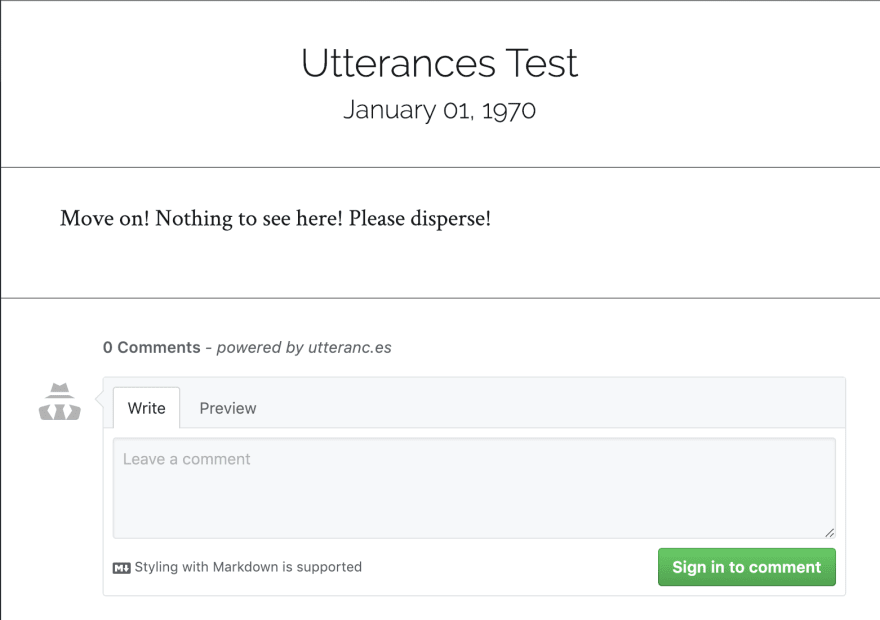 If you want to see how this thing works in action, Utterances is already integrated in my blog. Feel free to use it as a playground.

Or maybe your readers aren’t developers.

I made 1200+ ⭐️ stars on a Github repo! Here are some simple tips that helped me!

Once suspended, loizoskounios will not be able to comment or publish posts until their suspension is removed.

Once unsuspended, loizoskounios will be able to comment and publish posts again.

Once unpublished, all posts by loizoskounios will become hidden and only accessible to themselves.

If loizoskounios is not suspended, they can still re-publish their posts from their dashboard.

Once unpublished, this post will become invisible to the public and only accessible to Loizos Kounios.

Thanks for keeping DEV Community 👩‍💻👨‍💻 safe. Here is what you can do to flag loizoskounios:

Unflagging loizoskounios will restore default visibility to their posts.