I have worked as a software developer for few years now, and the most common thing that I had to deal with, was figure how works some code that another dev wrote.

By the time I started it was not rare to listen me criticizing the code that someone else wrote even if that code was working fine and in most cases based on personal preferences and choices.

Something that I learned as the time passes was to have empathy with another developer's code. Each person has your own backgrounds, convictions, policies and mental model, as long that their code follows the team/company conventions and not present some real issue there is nothing to worry about.

So I decided to make a simple work flow 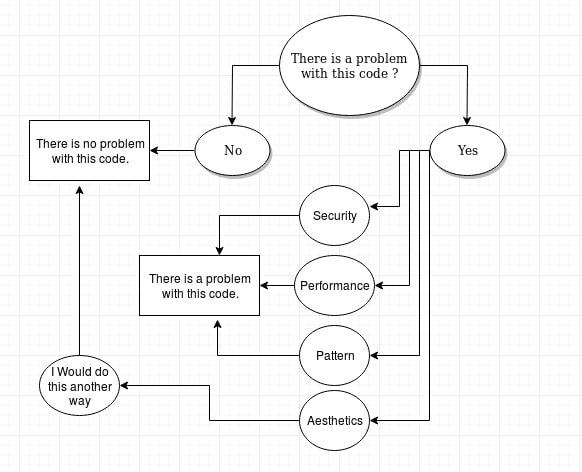 I hope to help beginners developers to recognize this thoughts and follow some logical work flow before blame, judge or criticizing some work colleague.

What is your work flow ?

What languages, frameworks, and libraries would you put on a front-end developer's 2020 "must learn" list?

What are the absolute top learning priorities for getting the first junior software engineering job?