Disclaimer: this is not a scientific study or research. It is probably has lots of bias, so take it with a grain of salt. However, I wrote it up because I think it's interesting and hopefully you can get something out of it.

I recently deployed .NET Bot (on 14th January 2020), a Twitter bot that would retweet .NET related content, as a learning exercise in how to:

It's been over a month now and I thought it might be interesting to see how the bot has faired and look into some analytics of the tweets it has surfaced. Let's dive in!

Firstly, let's briefly go over how the bot works. It's quite simple, and has the following flow:

Let's now look into the bots profile and see how it's gone.

I've prepared tables below to show some basic statistics over the lifetime of the bot (37 days).

We can conclude from these stats:

So the bot seams to be doing a reasonable job in surfacing .NET related content. But what is this content and where/who is it coming from?

To understand what people are tweeting, I looked at the word cloud:

Not surprisingly, the following are heavily weighted:

But people are also talking about:

I also took a look at the hashtags most involved with these tweets: 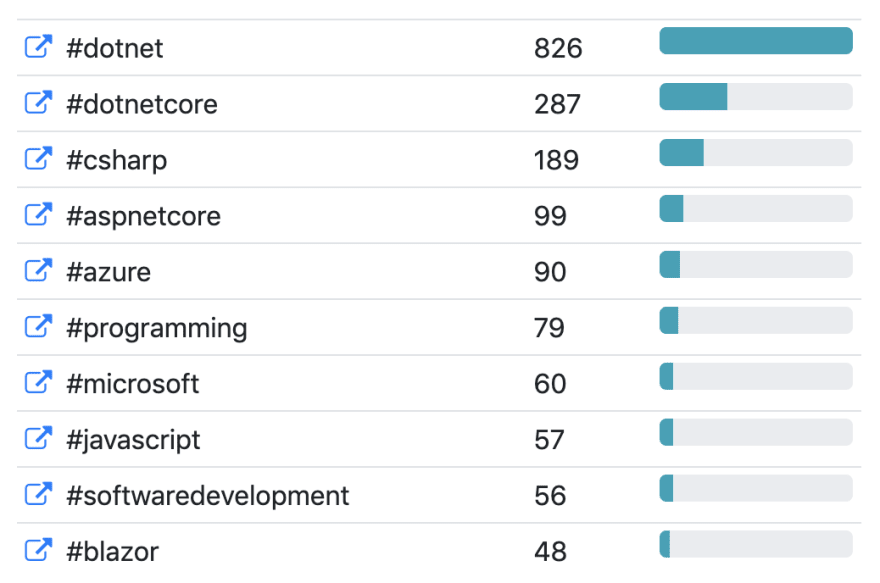 So "dotnet", "dotnetcore" and "csharp" are strong hashtags, and "blazor", "softwaredevelopment" and even "javascript" are present.

To understand when people are tweeting, I looked at a day-by-day and hour-by-hour aggregate of tweets (time is UTC): 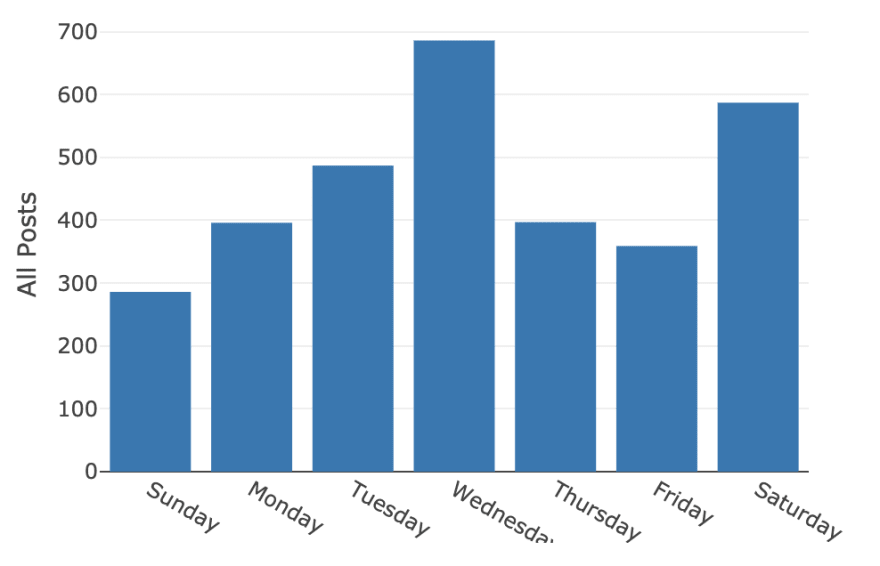 So most tweets are happening on Wednesday, Saturday and Tuesday. That's not surprising as Monday/Friday can be slower days and Saturday is when many people have time off. 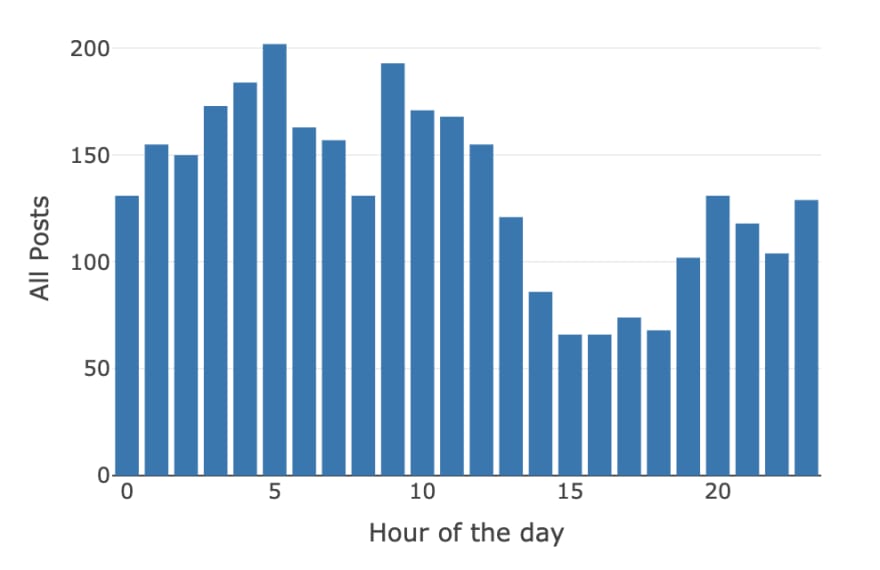 To understand who is influencing .NET content, I looked at the top influencers (people with the most followers): 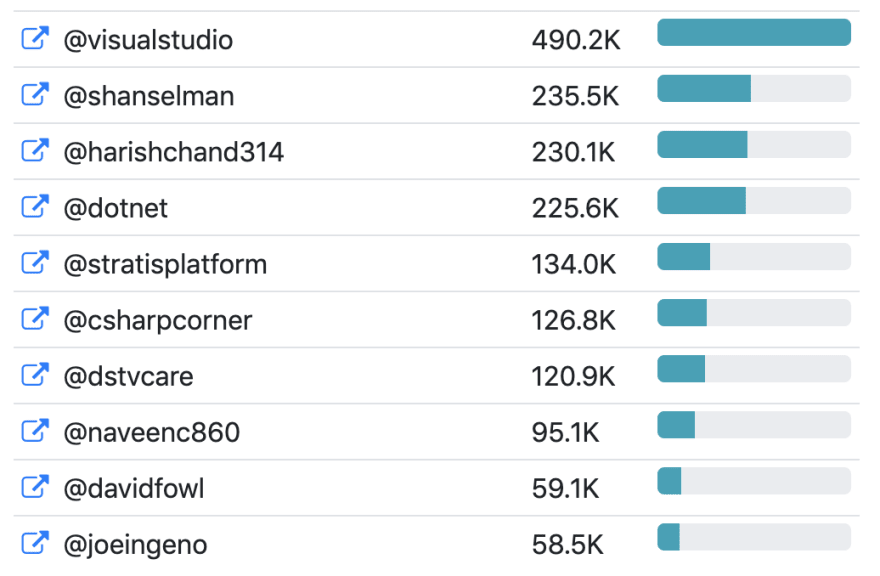 The usual suspects are all up there:

And the up and comers are:

To understand who is tweeting, I looked at the top mentions: 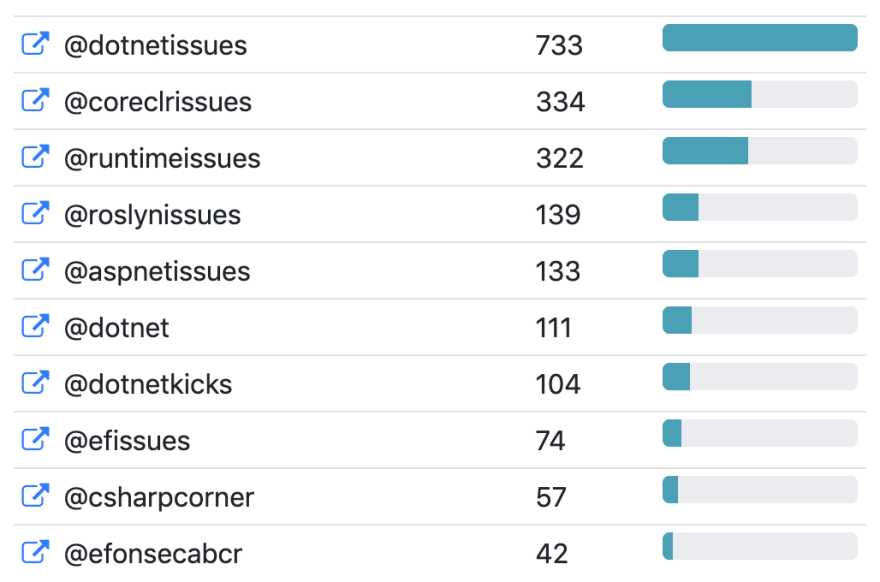 So a lot of tweets are coming from automated "Issue" accounts that create tweets when certain issues are created in GitHub repositories. Looking into these tweets, it looks like they are tweeting the same thing quite often: 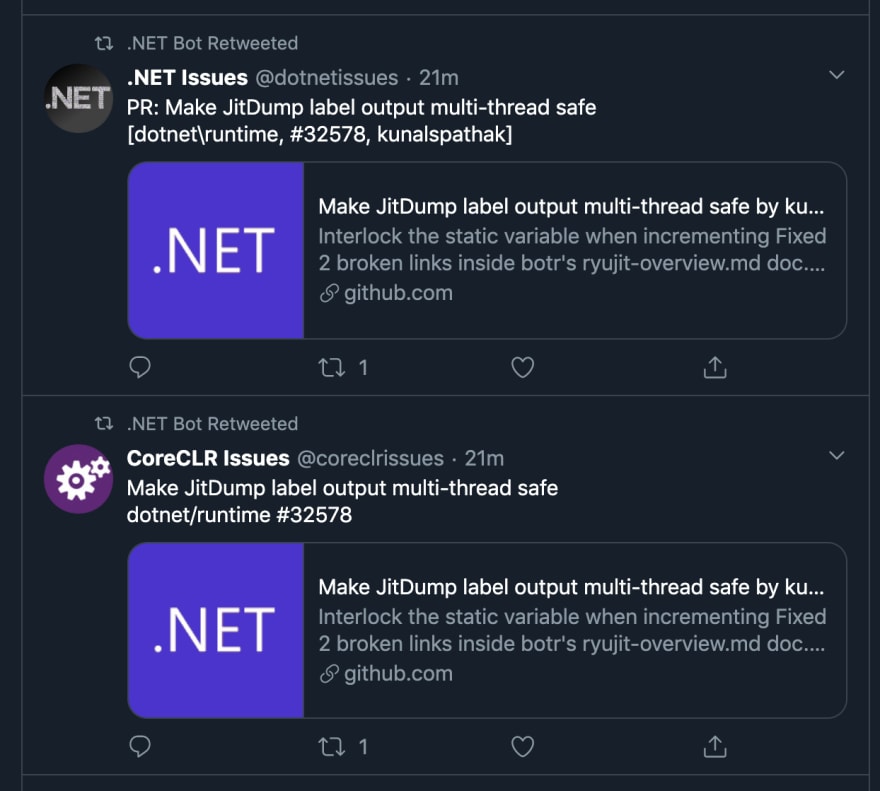 I built a Twitter bot that surfaces .NET related tweets. It averages 538 tweets per day and averages 10 new followers per day. 22% of people follow the bot back and it is influenced mainly by Visual Studio and Scott Hanselman. Most of the tweets are coming from GitHub issues. Given that only 22% of people follow the bot back, and many tweets are effectively duplicates, I might need to put some logic in to allow only one of the issue accounts to be retweeted - something to think about.

Also if you want to maximise your engagement with the .NET community, you might want to consider:

I hope this post has been interesting and I'd be keen to know what you think. Is the bot helpful or is it annoying? Could it be improved? It's open source so I'm always taking PR's!