Anna is an ex-physiotherapist. Matt is a former airline pilot. You may think they are part of distinct worlds and are used to communicate in a different way. It is reasonable to assume their first pair programming may be at least peculiar.

These two guys met at the JavaScript mentorship program and decided to join forces. They dove deep into pair programming rules, completed an HTML Canvas Project, and summarized their effort. Now they also want to share their experience with you!

After reading this article you will have a wider view of:

For your first pair programming project, it is reasonable to choose something straightforward or at least non-time-consuming. We suggest you choose from one of the Wes Bos JavaScript 30 Projects. These are tiny but still engaging mini-apps written only with Vanilla JavaScript (ES6+), some HTML, and CSS. We decided to code Project #8 - Fun with HTML Canvas.

We didn't know a thing about the canvas element. Although we considered it to be a good idea to start from scratch, give us a week to get familiar with Canvas, and start from a similar level when it comes to programming. We finally picked the project and it was a good time for…

It was very seductive just to call each other and start typing the first lines of code. However, we took a different approach. We decided to set up an organizational meeting. It was crucial and we appreciated it in the following phases of our pair programming journey.

The golden rules of pair programming

We made use of the mandatory pair programming rules presented by Jourdan Poulton on Github. Simply speaking, the couple divides their task according to two roles: Driver and Navigator.
As the name suggests:

The most appealing rules are listed below. Our cooperation would be impossible without them.

Settling the app functionalities and the file structure

We also took our time to discuss the core functionalities of our app. Our heads were full of crazy project implementations but, as it was our first pair programming project, we stuck to “the simpler, the better” principle.

Fun fact: it took us more than 2.5 hours to complete a 20-minutes long coding task.

After that, we arranged a simple file structure.

We made a mind map using MindMeister mapping software. There we placed the core structures and functionalities established at our meeting. The map turned up to be very helpful for us. The Navigator did some quick peeks to orientate in which phase we were during project development and what should be done next.

We noted down all our arrangements in Google Docs, so we had access to them from any device at any time.
We were all set up. Finally, it was a proper time to get our hands dirty!

We split the programming into two one-hour sessions with the help of Pomodoro-tracker:

By the first two 25-minutes intervals we have coded the basic structure and features of the app and encountered the first bugs we had to deal with in the next step.

By the way: you can have a glimpse at what we've done by looking at the project's GitHub repo.

We spent the last two sessions fixing bugs. We have to confess that between the sessions each of us had a quick peek at the original Wes Bos project to understand the source of our bugs.
Coding time was over, we were past four 25-minutes Pomodoro intervals but still there was space to improve our Canvas Project. We couldn’t resist spending an extra 30 minutes adjusting the functionalities and patching what we've coded together.
Done! Now it’s time for summing up how we felt about pair programming.

It’s like a real rally – only without a car

Anna’s impression of being:

Matt’s impression of being:

“We are the champions” anyway

Thanks for reading this article! We encourage you to comment and share your opinion on pair programming!

This article was pair-written by: 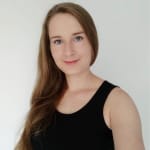 I am a junior frontend developer and ex-physio. My mission is to refine communication in IT world. 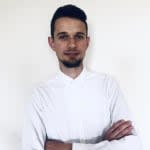 Mateusz Sowa
Front-end developer and former airline pilot living a mindful life. Helping developer wannabes to make their dreams come true.
Explain the difference between shell, console, terminal, command line, etc. like I'm five
#anonymous #discuss #help
What was your win this week?
#discuss #weeklyretro
You will not do it later (most likely) - I'm a procrastinator, I know
#programming #discuss #watercooler #productivity

Once suspended, mateuszjansowa will not be able to comment or publish posts until their suspension is removed.

Once unsuspended, mateuszjansowa will be able to comment and publish posts again.

Once unpublished, all posts by mateuszjansowa will become hidden and only accessible to themselves.

If mateuszjansowa is not suspended, they can still re-publish their posts from their dashboard.

Once unpublished, this post will become invisible to the public and only accessible to Mateusz Sowa.

Thanks for keeping DEV Community safe. Here is what you can do to flag mateuszjansowa:

Unflagging mateuszjansowa will restore default visibility to their posts.