Why do we talk about project quality and technical debt so much? Because this directly or indirectly affects the speed of development, the complexity of support, the time to implement new functionality, and the possibility of extending the current one.

There is a great number of aspects that affect a project’s quality. Some of them are difficult to understand, hard to check, and require manual checks from highly experienced developers or QA engineers. Others are plain and simple. They can be checked and fixed automatically. Despite this fact, they represent a weighty part of the whole project’s quality.

In this article, you will find NPM packages that can automatically check some critical sides of your project, such as NPM dependencies, their licenses, and validating security issues.

depcheck - Check for Vulnerabilities in Your Dependencies

It’s highly recommended to use it locally (for instance, on pre-commit hooks) or in remote CI to avoid the following issues:

By running this command, you can see a list of issued dependencies: 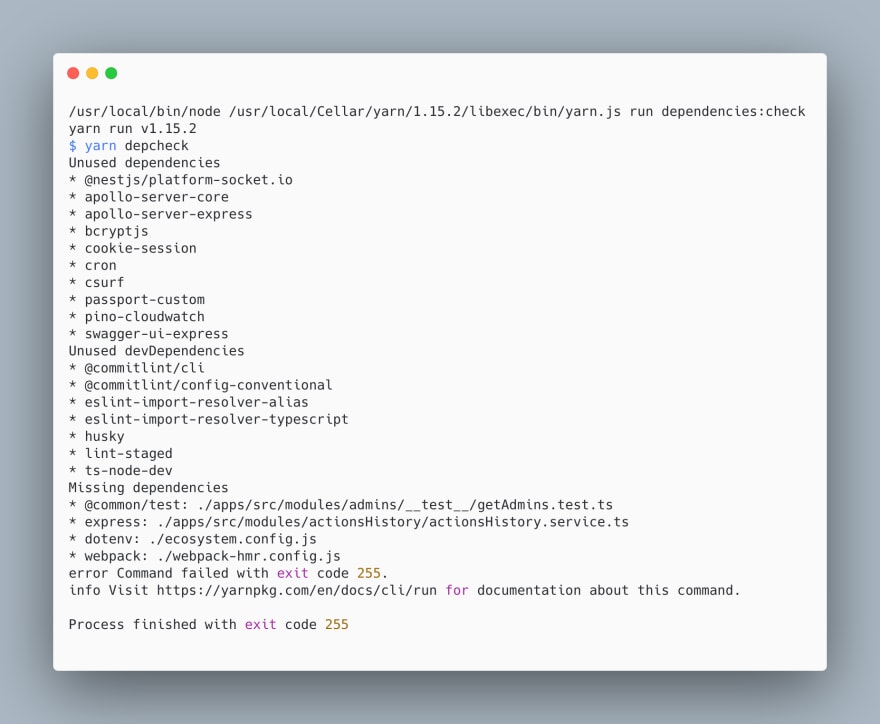 npm-audit, yarn audit, and improved-yarn-audit are tools that can find out dependency vulnerabilities. Moreover, they automatically update packages to resolve issues. Both npm audit and yarn audit are pre-installed with package managers, but I prefer improved-yarn-audit. It’s a wrapper around yarn audit that provides some improvements — especially for usage in CI pipelines (from docs):

Below, you can see the results of using this command in a real project codebase. This tool searches for vulnerabilities in transitive dependencies too: 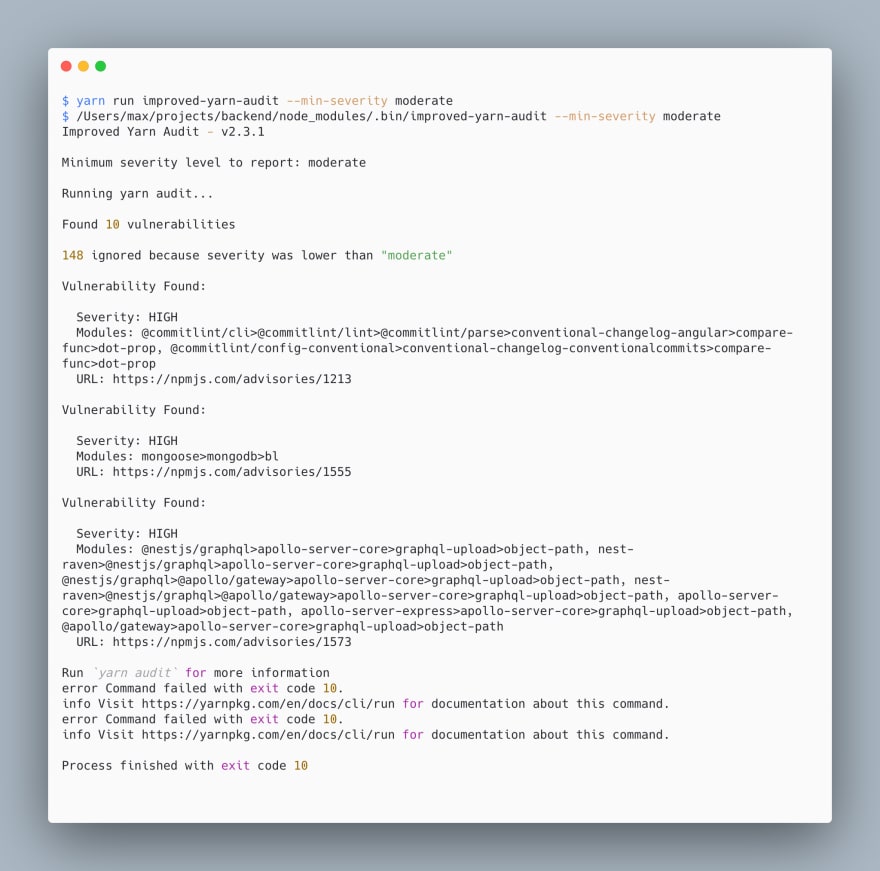 For real production projects, dependency licenses are critical to use because the way that you are using the dependency can be prohibited by the package’s license. To avoid this, you should continuously check the licenses of all dependencies that you use in a project. And if your project is a startup, appropriate usage of dependencies according to their licenses is mandatory to get investors to approve your product. license-checker is the best way to do this!

license-checker - Ever needed to see all the license info for a module and its dependencies? 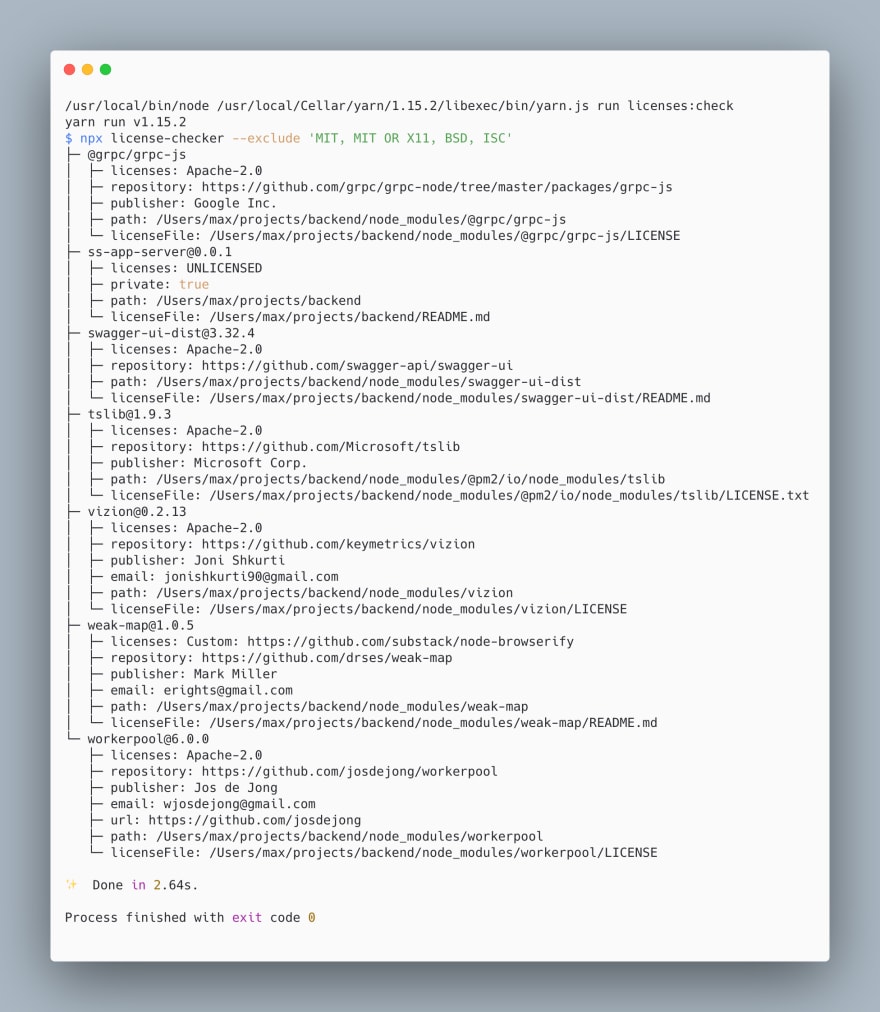 But for usage inside CI/CD, I prefer the following variant because it’s much shorter: 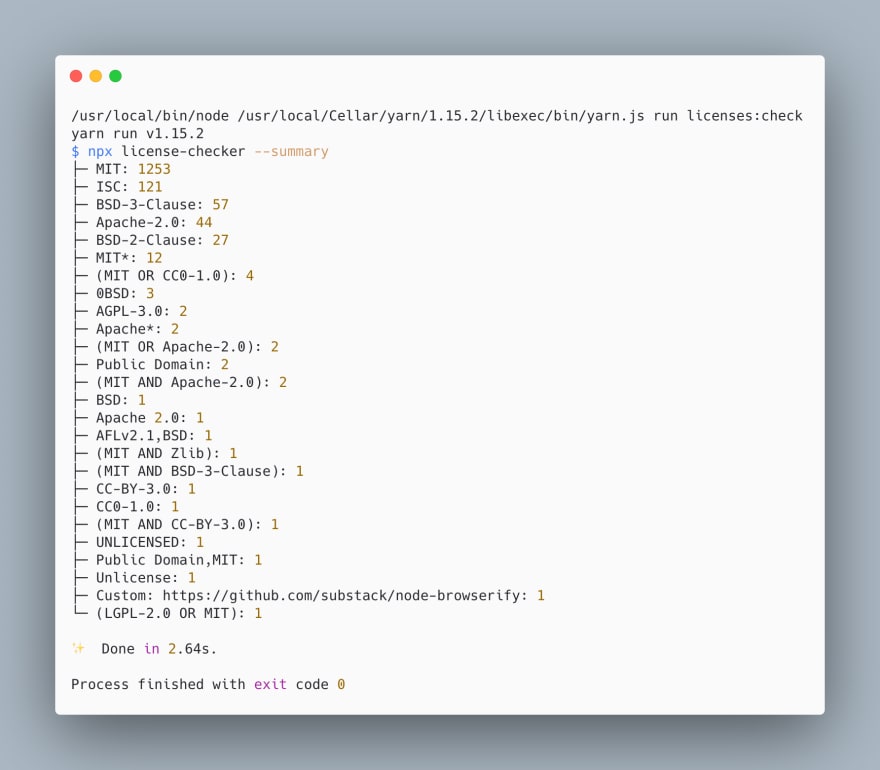 I hope this article helped you to address or avoid problems with NPM packages.
Thanks for reading!

Get rid of try-catch in server-side development, here's a better way!

Creating An Authentication Flow With Remix and Supabase Tutorial

How to Use a Loop in CSS!