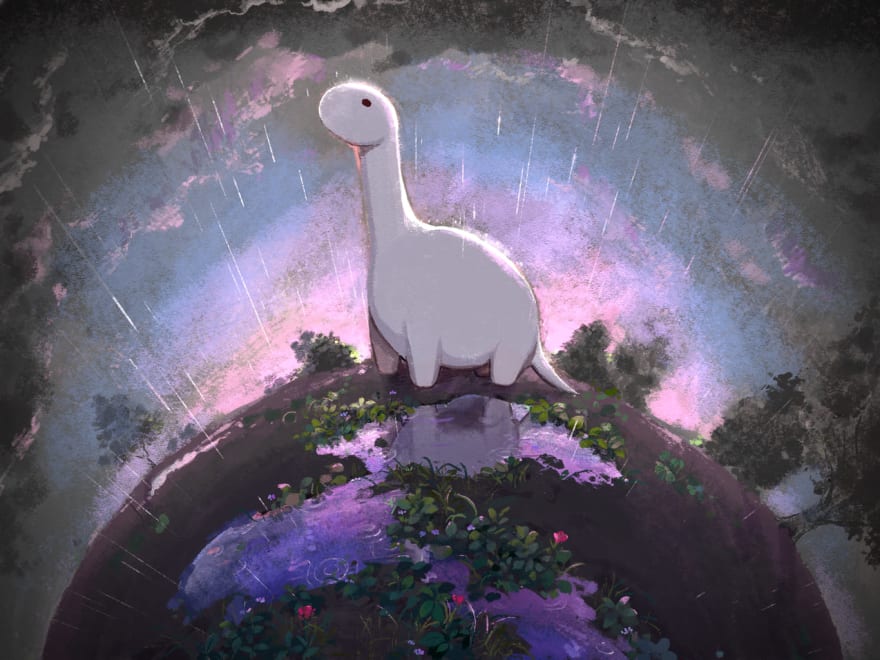 If you are familiar with Node.js, the popular server-side JavaScript ecosystem, then Deno is just like Node. Except deeply improved in many ways.
Let’s start from a quick list of the features I like the most about Deno:

After you use Deno and learn to appreciate its features, Node.js will look like something old.

Especially because the Node.js API is callback-based, as it was written way before promises and async/await. There’s no change available for that in Node, because such a change would be monumental. So we’re stuck with callbacks or with promisifying API calls.

Node.js is awesome and will continue to be the de facto standard in the JavaScript world. But I think we’ll gradually see Deno get adopted more and more because of its first-class TypeScript support and modern standard library.

Deno can afford to have everything written with modern technologies, since there’s no backward compatibility to maintain. Of course there’s no guarantee that in a decade the same will happen to Deno and a new technology will emerge, but this is the reality at the moment.

Deno was announced almost 2 years ago by the original creator of Node.js, Ryan Dahl, at JSConf EU. Watch the YouTube video of the talk, it’s very interesting and it’s a mandatory watch if you are involved in Node.js and JavaScript in general.

Every project manager must make decisions. Ryan regretted some early decisions in Node. Also, technology evolves, and today JavaScript is a totally different language than what it was back in 2009 when Node started. Think about the modern ES6/2016/2017 features, and so on.

So he started a new project to create some sort of second wave of JavaScript-powered server side apps.

The reason I am writing this guide now and not back then is because technologies need a lot of time to mature. And we have finally reached Deno 1.0 (1.0 should be released on May 13, 2020), the first release of Deno officially declared stable.

That’s might seem to be just a number, but 1.0 means there will not be major breaking changes until Deno 2.0. This is a big deal when you dive into a new technology - you don’t want to learn something and then have it change too fast.

Similarities and differences with Node.js

Since Deno is basically a Node.js replacement, it’s useful to compare the two directly.

Having no package manager and having to rely on URLs to host and import packages has pros and cons. I really like the pros: it’s very flexible, and we can create packages without publishing them on a repository like npm.
I think that some sort of package manager will emerge, but nothing official is out yet.

Once suspended, mbilgil will not be able to comment or publish posts until their suspension is removed.

Once unsuspended, mbilgil will be able to comment and publish posts again.

Once unpublished, all posts by mbilgil will become hidden and only accessible to themselves.

If mbilgil is not suspended, they can still re-publish their posts from their dashboard.

Once unpublished, this post will become invisible to the public and only accessible to Mehmet Bilgil.

Thanks for keeping DEV Community 👩‍💻👨‍💻 safe. Here is what you can do to flag mbilgil:

Unflagging mbilgil will restore default visibility to their posts.