In the earlier days of development, the structure of the applications looks something like this. 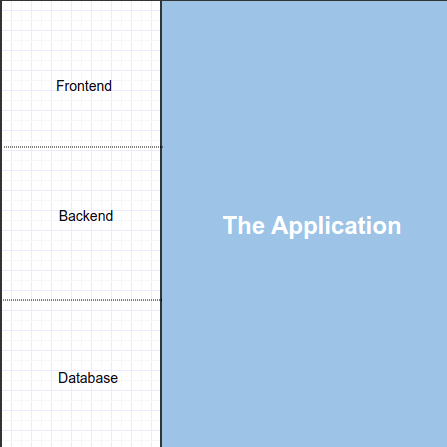 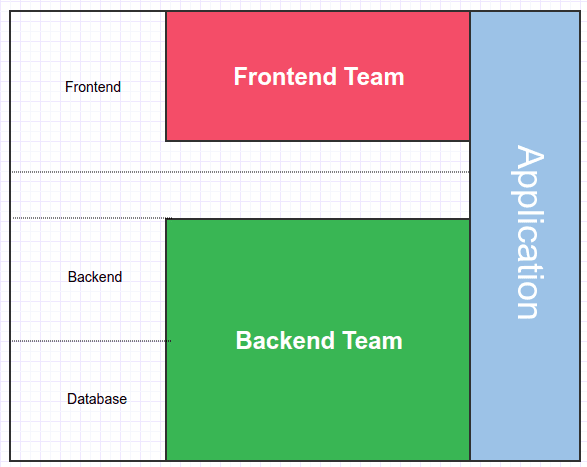 In this evolved approach, the responsibilities and codebase are split into two teams frontend team that handles the client-side(UI) part of the applications and a backend team that deals with the server and database logic of the application. This approach gives a little flexibility to developers and allows them to either focus on the frontend or backend area of the application. But as the backend codebase grew it gives a similar sense to a monolith which makes it difficult to scale and manage. So the developers start thinking about how to break it into manageable chunks and then the concept of microservices came into being. The structure of a microservice looks something like this. 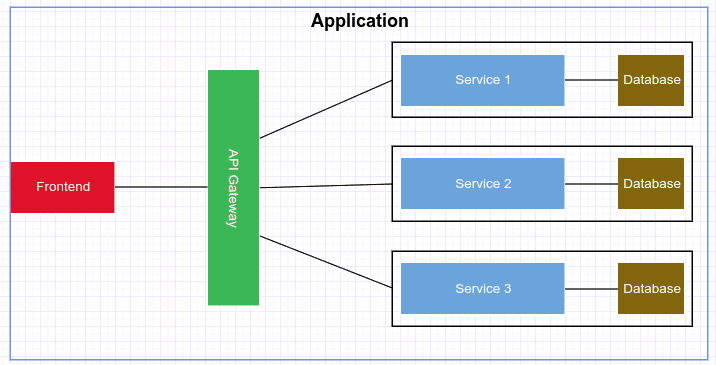 In a microservice structure, the backend is divided into independent services having a dedicated database for each of them. The services communicate with each other via RPC. This approach allows developers a great flexibility by enabling them to work on their services independently in their preferred tech stack without taking care of other services.So, it can say that the benefits of using microservice over the monolith approach would be:

In simple words, we can say that microfrontend is a microservice that exists within a browser. Microfrontends are sections of your UI, often consisting of individual apps, and each app consists of several components. These apps build using different frontend frameworks and libraries like React, Vue, Svelte, Angular, etc, and looks something like this 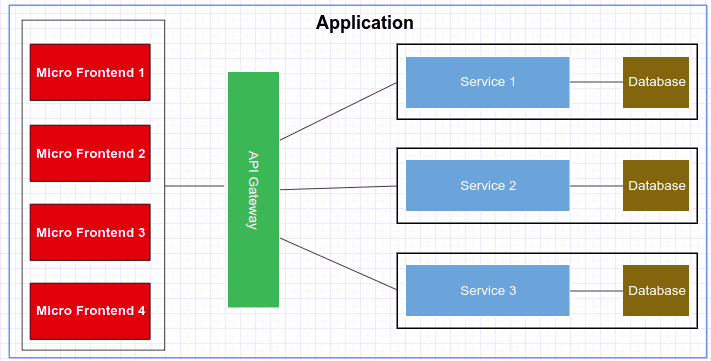 You might be thinking of why we need such architecture, Isn’t it complicating the whole development process? Isn’t our current approach fulfilling our requirements? Well technically Yes and No. Modern Applications becoming more frontend-focused and starting to have more logic and functionalities on the frontend. So as the application grew, we are finding ourselves in a similar situation we faced on the backend, where the frontend becomes monolithic and becomes difficult to manage. This approach also provides flexibility to new developers as they don’t need to familiarize themselves with the whole codebase. They only need to understand their specific app besides that this approach also allows them to work with their preferred frontend stack. But keep in mind this approach is not for small projects. If your frontend is not tolerant to the first 10,000 users in monolith it will not handle the next 10,000 in microfrontend. Now take a look at how we can split our frontend into microfrontend.

In horizontal split, we identified microfrontneds within the same view and assigned them to different teams, so multiple teams take care of page composition through coordination for the final product for the user. In simple words, we split a view into multiple parts which are own by different teams. This approach looks something like this (as presented in the book Building Microfrontends) 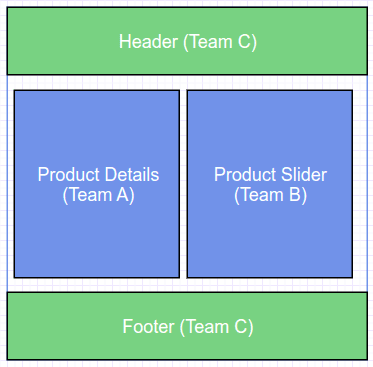 In vertical split, we divided the frontend into logical domains like authentication UI, streaming UI, product UI, etc, and then assigned it to the teams. This makes teams their respective domain expert and gives them full autonomy over their domain. The visualization of vertical split is something like this. 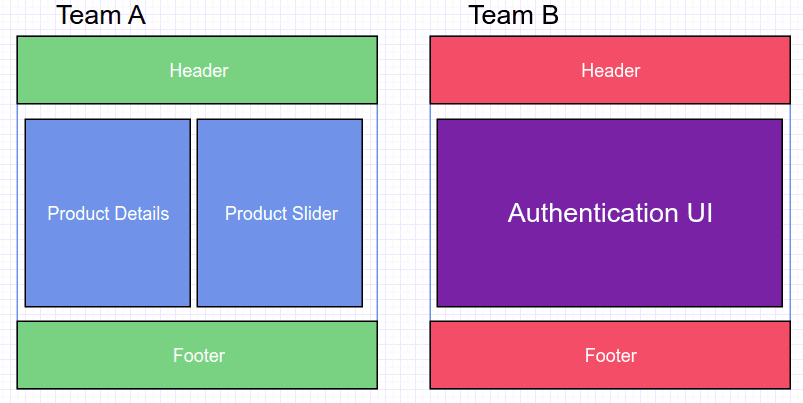 There are some parameters you should take into count while following this approach.

Now take a look at the pros and cons of microfrontend approach.

So, these are some insights on micro-frontends and how we can apply this approach. Hope you like this and hope this will help you to decide whether this approach works for you or not.
Bye Bye 👋, until the next time.

Once suspended, meerhamzadev will not be able to comment or publish posts until their suspension is removed.

Once unsuspended, meerhamzadev will be able to comment and publish posts again.

Once unpublished, all posts by meerhamzadev will become hidden and only accessible to themselves.

If meerhamzadev is not suspended, they can still re-publish their posts from their dashboard.

Once unpublished, this post will become invisible to the public and only accessible to Meer Hamza.

Thanks for keeping DEV Community 👩‍💻👨‍💻 safe. Here is what you can do to flag meerhamzadev:

Unflagging meerhamzadev will restore default visibility to their posts.