A Six Sigma project uses “Belts” to help define the roles of people on the team.

A Six Sigma “Yellow Belt” is typically a subject-matter expert (SME) in a particular subject or area of the business being reviewed. These members are generally not involved with the Six Sigma project directly. Instead, they may provide information and assistance to Green Belts (as subject matter experts) so that they can better understand a particular segment of the business.

A Six Sigma “Green Belt” is an employee who takes on a Six Sigma implementation project along with his or her other job responsibilities, operating under the guidance of Black Belts.
A Green Belt works to understand which business processes are not performing as needed, identify root causes of problems, analyze and improve contributing factors, and sustain gains in those improvements.

A Six Sigma “Black Belt” has knowledge of Six Sigma philosophies and principles and leads a team during a Six Sigma project. They must have both leadership and project management skills to be successful. 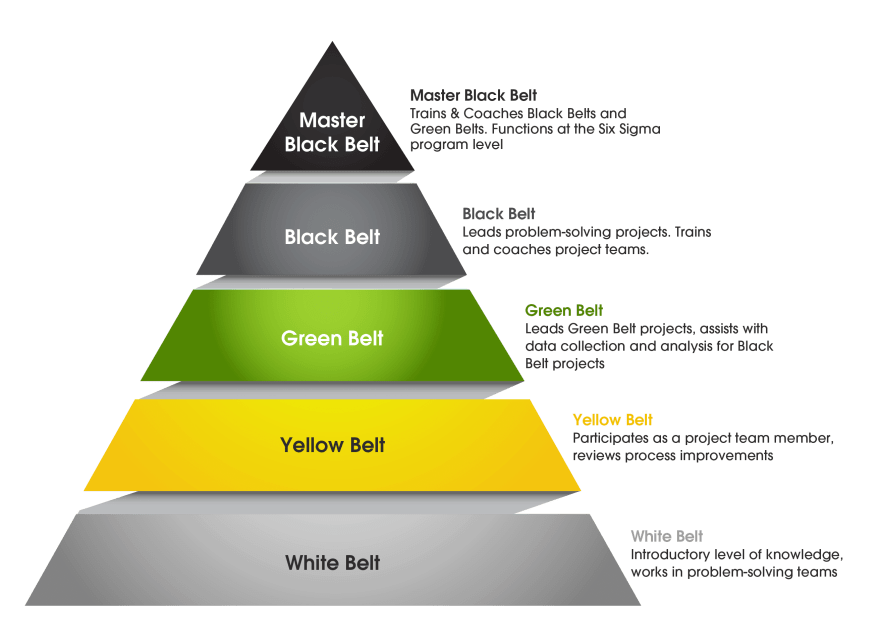 Once suspended, mindset will not be able to comment or publish posts until their suspension is removed.

Once unsuspended, mindset will be able to comment and publish posts again.

Once unpublished, all posts by mindset will become hidden and only accessible to themselves.

If mindset is not suspended, they can still re-publish their posts from their dashboard.

Once unpublished, this post will become invisible to the public and only accessible to Jayesh Tembhekar ⚡.

Thanks for keeping DEV Community 👩‍💻👨‍💻 safe. Here is what you can do to flag mindset:

Unflagging mindset will restore default visibility to their posts.