Hello everyone, I got inspired by how micro service works on backend and helps scale, manage and brings flexibility to develop apps. So i created a plugin that would help frontend to use micro apps.

This blog is divided into three parts:

Convert your CRA project into a node library without ejecting or losing update support of react-scripts...

Ummmm.. that sounds interesting.. but why ?

Well, my apps were used as a single page app in a WebView and also as node package 📦 in a react app.
I was using ejected create-react-app. For which I had to customize webpack as a tool to build app for SPA and as a library.

So far it was working fine, until apps grew... it was harder to manage and with time I have to keep updating the ejected cra dependencies and update webpack config for all the apps.. which is not a good practice and requires more resources to do it...

So after research, found two best ways to do it

However, there are pros and cons for choosing each, such as with craco comes with its amazing loader and plugins and provide extensive community due to vast ecosystem of webpack and CRA.. etc
vite is using esbuild and is quite fast and less in size as compare to webpack... etc

Micro-frontend are a new pattern where web application UIs (frontends) are composed from semi-independent fragments that can be built by different teams same or using different technologies.

Craco is a api that overrides CRA and allowes to configure it. So using it I create a plugin called craco-plugin-micro-frontend that would build ours apps.

Use the plugin into your craco.config.js as below:

NOTE: src/index.injectable.js is a wrapper around the react App file so that it would be separated from src/index.js:

Update the package.json scripts section of your app as follows:

This plugin helped me manage the build process and made my life easier.. Now that CRA new version is release to v5 all I have to to do is update dependencies of craco-plugin-micro-frontend and it would update react-scripts to v5, thus all my app will upgraded too.

Here is the repo for the demo 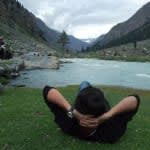 How to Cache web app?

Murtaza Nathani
Passionate to share what i learn. I feel it's my responsibility as the community has given many help for developing my career !
Optimizing to find the top 3 numbers from an array
#adventofcode #programming #leetcode #javascript
Things learned from AdventOfCode 2022
#adventofcode #typescript #javascript #programming
Delete all node_modules folders from your system ? 🤔
#node #javascript #webdev #typescript

Once suspended, mnathani will not be able to comment or publish posts until their suspension is removed.

Once unsuspended, mnathani will be able to comment and publish posts again.

Once unpublished, all posts by mnathani will become hidden and only accessible to themselves.

If mnathani is not suspended, they can still re-publish their posts from their dashboard.

Once unpublished, this post will become invisible to the public and only accessible to Murtaza Nathani.

Thanks for keeping DEV Community 👩‍💻👨‍💻 safe. Here is what you can do to flag mnathani:

Unflagging mnathani will restore default visibility to their posts.