Rebasing is one of the two Git process of integrating changes from one branch to another.

While merging always moves a branch forward in history by simply adding a new commit representing each branch integration, rebasing can be much more powerful (and dangerous) as it allows us to rewrite history. 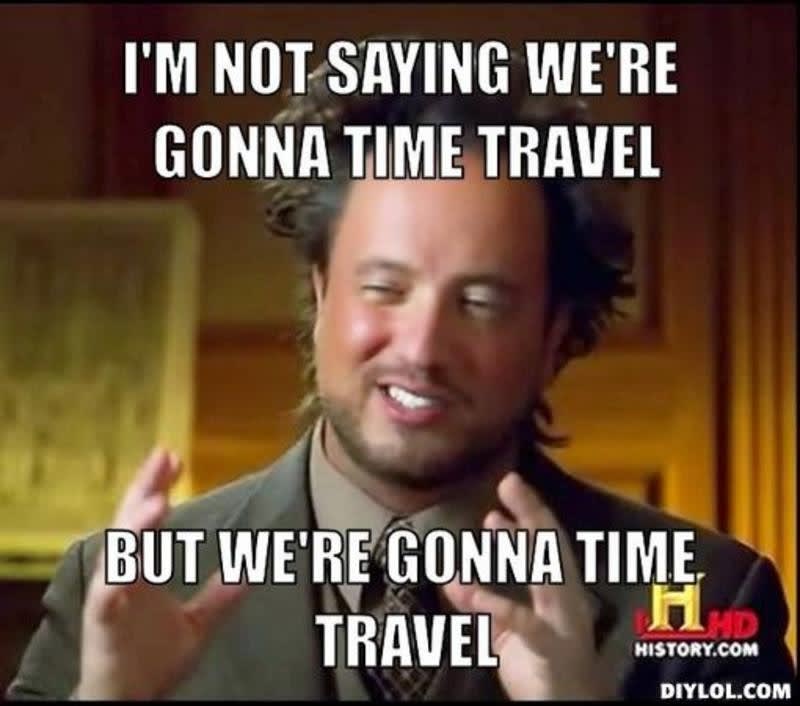 Rebasing is the process of moving or combining(i.e. squashing) a sequence of commits to a new base commit.

The issues with this method can be: 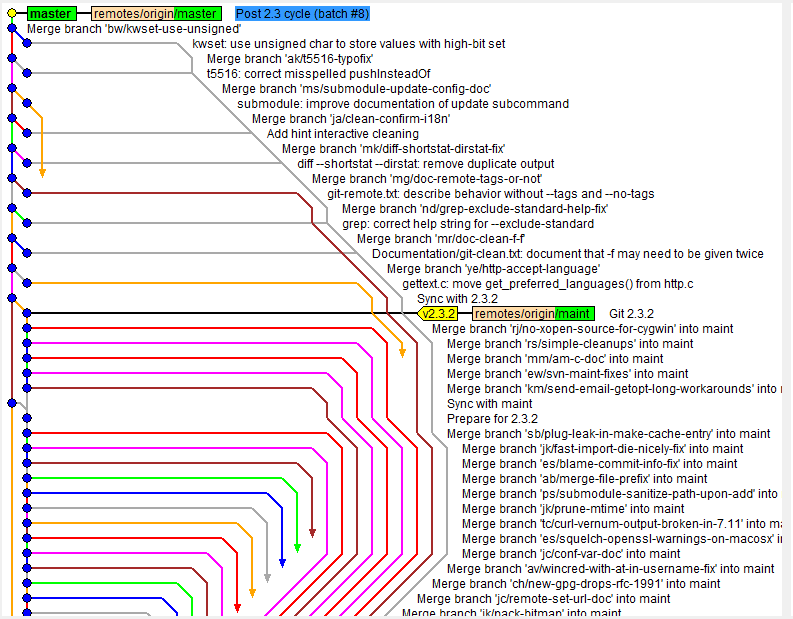 The goal of rebasing is to keep a clean, clear project history. So instead of pulling the main changes and add a merge commit we can tell our branch to move its commits to the top of the latest changes

By rebasing our feature branch to the top of the main branch, we keep all the changes and commits we made unaltered while getting the latest main updates. In order to achieve this we can execute the following command while in our feature branch:

This will start the rebase process. If no conflicts are found you should see a success message and your feature branch is now up-to-date with the main branch and we're one step closer to having a project history similar to this: 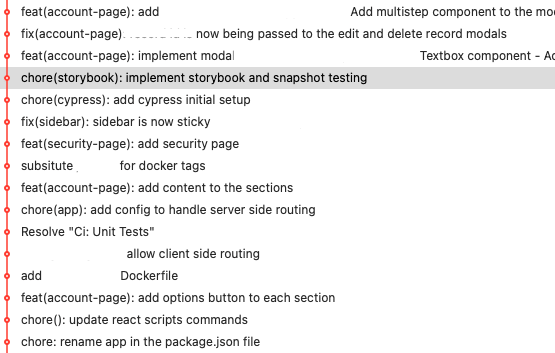 Interactive rebasing brings the power of rebasing to a whole new level! It allows us to interactively change multiple commits in different ways.

You can start an interactive rebase by executing a rebase command followed by the -i parameter and the commit we want to modify: 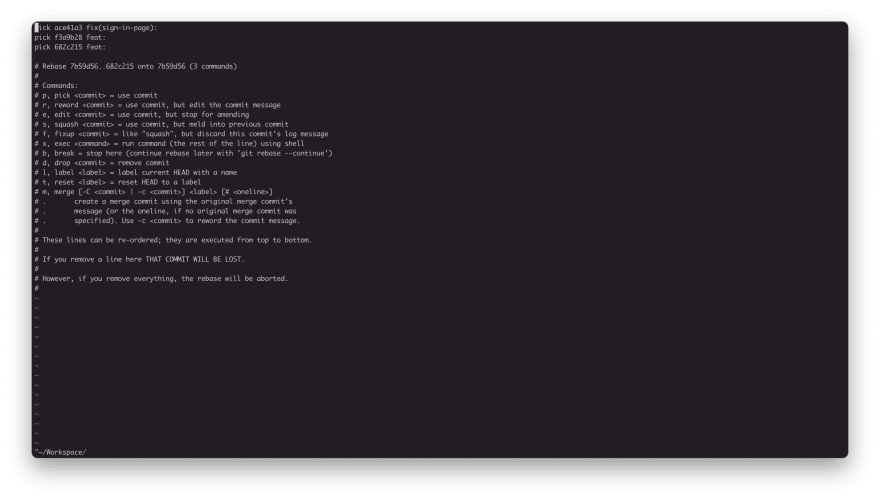 We can tell just by looking at list of commands displayed in the CLI how powerful this tool can be! We can edit commits, squash them, remove them, amend them and so much more. We can even permanently change the commit order!

Squashing allows us to specify which commits we want to combine in order to help maintain clean history. 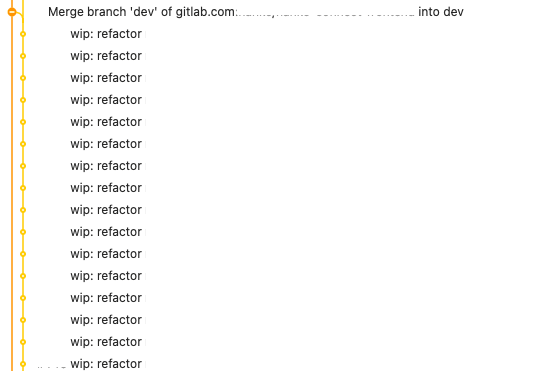 Well, if you like committing a lot while you work you probably don't like thinking about being super descriptive on every single commit message. Squashing can be extremely helpful in these situations because starting an interactive rebase you can then tell git which commits will be "merged" into one (or more) and then edit its commit message.

Keep in mind that we must always squash a commit "into" another one.

So say we have 6 commits and we think only two of them are relevant we could squash the other 4 like: 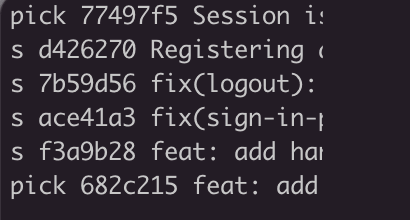 "s" is simply a shorthand name for "squash"

Next git will rebase each commit to their new base (77497f5) and if there are no conflicts, you'll be able to change their final commit messages and voila! Only 2 commits total!

What could go wrong? 😇

Similarly to what happens with a git merge, updating a branch with another can result in code conflicts.

A big difference of rebase conflicts is that we're not dealing with one merge commit but with (possibly) multiple commits being moved.

This means rebase conflict solving is an iterative process that goes through each commit being rebased. 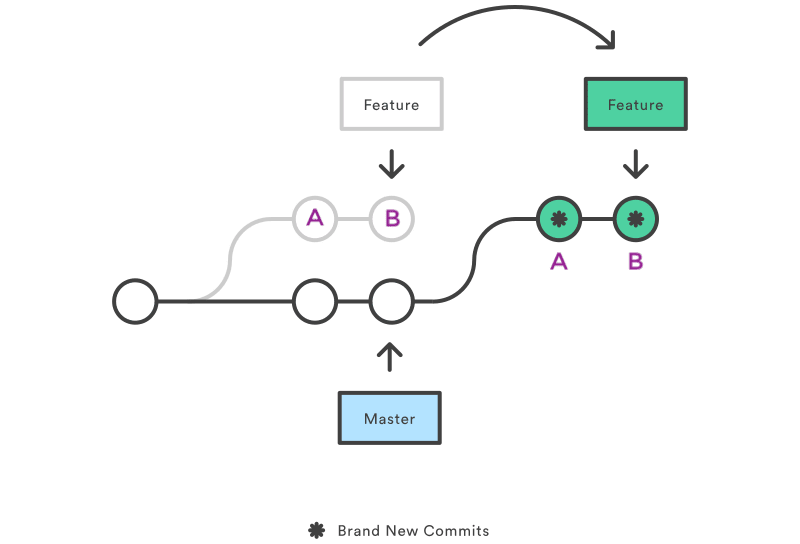 In a feature branch with two commits, if a conflict is found while rebasing commit A we fix it, tell git to continue the process to the next commit, fix the new conflicts on commit B ****and only then we'll be done

Rebasing a local feature branch means we're rewriting history, so what this actually means is that we're not cherry picking the feature branch commits to the new base. Although visually everything looks the same Git creates new commits (with new hashes) on the targeted branch.

This means whenever we try simply pushing our changes to our remote repo we get an error stating the local and remote branches have diverged.

To fix this problem it's good practice to push using the —-force-with-lease parameter.

You can check —force vs —force with lease to learn more about this.

"I think I made a mistake"

Have you heard of the beautiful command:

Reflog allows us to check every change we did to our local branch. Running the command will return something like this:

In this case if I'd like to go back before I ever did the rebase I could jump back to HEAD~2 or using its hash instead:

At this point I'm are in the past and can undo the mistakes I'd made before. Time travel!! 🏎🔥

If things get out of control

As you can tell rebase can be used for a lot of different purposes, especially using the interactive rebase functionality. Hopefully this article provides you with just enough to get started messing around with it.

Don't worry if you run into issues understanding some of the nuances of git rebase. It has its learning curve and that's why I included some escape methods so you can go back and try again 💪

Alex Ferreira
Front End Web Developer @hanko_io and owner of a cat named Ubuntu
If you could start a company, what would it be?
#discuss #career #entrepreneur
What are your git aliases?
#git #beginners #tutorial #productivity
Dear Project Managers, Stop Micromanagement Now!
#career #productivity

Once suspended, mral_x will not be able to comment or publish posts until their suspension is removed.

Once unsuspended, mral_x will be able to comment and publish posts again.

Once unpublished, all posts by mral_x will become hidden and only accessible to themselves.

If mral_x is not suspended, they can still re-publish their posts from their dashboard.

Once unpublished, this post will become invisible to the public and only accessible to Alex Ferreira.

Thanks for keeping DEV Community 👩‍💻👨‍💻 safe. Here is what you can do to flag mral_x:

Unflagging mral_x will restore default visibility to their posts.