In this article, I'll try to help others starting with global state management in React.js with Redux Toolkit. In redux.js.org it says "Redux Toolkit is our official, opinionated, batteries-included toolset for efficient Redux development. It is intended to be the standard way to write Redux logic, and we strongly recommend that you use it." so we'll be good using it.

We will build a very simple react application that'll store the data in our "store", and display it at whichever component we wish to. The application will comprise of three components. The folder structure will be as follows: 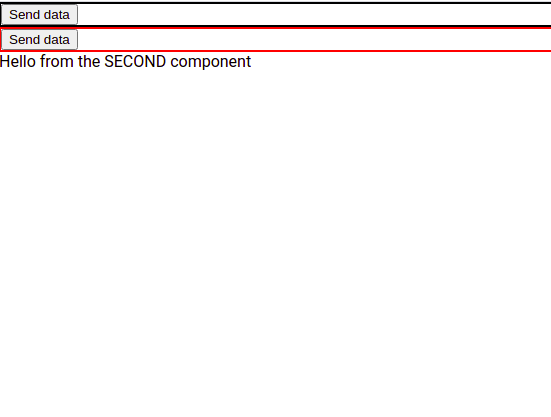 I will try my best to refrain from the terminology, as I don't think I understand it well enough. The important thing is, whatever I'm going to show now works like a charm, and it is easy.

We'll start by installing the dependencies in our project folder as it's shown in the official redux toolkit guide,

If the packages are installed. It is time to build the store. For that, we'll need to modify our index.js and myStore.js in our features folder. Note that these names are totally random and up to you.

In myStore.js in the features folder, let's write the following code:

Inside of our slice,

As I mentioned, I don't think we need to know what every single thing is doing here to get started with Redux Toolkit. I don't even remember what each thing was doing, and cannot care less at this point.

Now, let's go to our index.js and make sure our app can use this store.

In index.js, let's paste this code:

As you can see, the difference from a usual index.js file is that we imported the following:

Configured our store with the dataReducer we've imported from myStore.js,

(Note that this "dataReducer" could have been named anything. Its naming totally up to you.)

And lastly, wrapped our app with the store provider,

With these changes, our store should be ready, and we can start setting or getting data from it. Let's start working on our components then.

In our FirstComp.js, we paste the following lines:

Now, the moment we click on the button displayed, our global store will take the value invoked by "dispatch".

You see we're not making use of the data variable, i.e. the data in our global store. I just put it there so that we can be sure that if we wanted to display the data, even in this same component that the data was given, we could do that very easily just by returning it, and that's how we'll get the global store's data anyway.

Our second component is almost the same as the first one. The only difference being in the message it sends. Check it out:

So, now, whenever I click this or that button, the global store's value will reflect the componant that the button was clicked on. Now we'd probably like to display the data we stored globally somewhere.

In our ThirdComp.js file, let's write these lines:

Note that we neither imported nor used dispatch. Because we don't need it. We're not going to change the state from this component, we're just going to display it. So we have our useSelector from react-redux, and use it on a data variable (again, the name can be anything we wanted)

Now let's add our components in our App.js file.

Now, if we did everything according to the book, we should see two buttons and whenever we click one of them, we should see their respective messages on our screen. Now, here I used a very basic structure and you might be wondering why the hell would you need Redux Toolkit to do something so basic, and I'd say you never know how complicated things can get, and it's better to know how to handle the complexity than not.

That's all for today folks!