In the previous article that covers CSS subjects, I talked about the box model. An important property that’s connected to the box model is the box-sizing property.

The box-sizing property defines how the height and width of the element are calculated and if it should include the border, padding and margin or not.

There are two possible values for the box-sizing property:

Let's see how the width is calculated in both cases.

For a reminder, the box model looks like this: 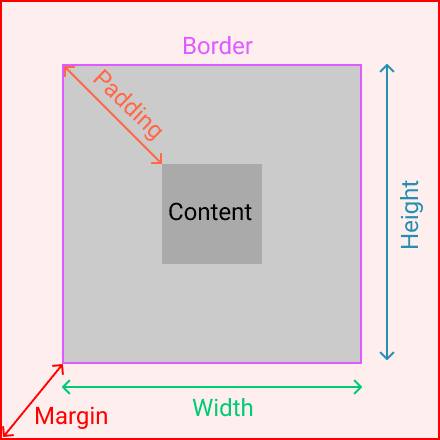 The default value of the box-sizing property is content-box. I will explain how the width is calculated in this case.

Even though I set the width of the element to 200px, the actual width will be much different. The formula is:

So, in the case of the previous example the width would be:

The result of this calculation is 266px. This is probably not the result you expected, am I right? That’s why you need to really be careful about this.

Now, you’re probably wondering if there is an easier way to deal with width, than having to use the calculator every time? There is! By using border-box.

Let’s take the previous example. We specified the width of the element to be 200px, and the padding is 10px on each side. If you were to use content-box, then it’s becoming 220px.

But, when using border-box, the width will be 200px, which means the width of the content will be 180px and the padding is 20px. The content shrinks in size, to accommodate the addition of padding.

Let’s see a visual example of both situations to better explain the properties. 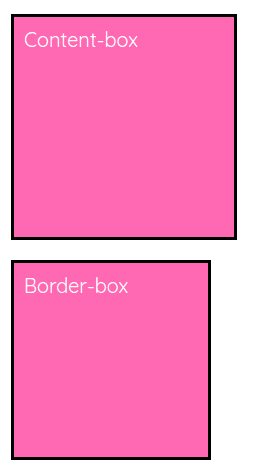 There is a significant connection between the box-sizing property and the box model, and it is an important one. It is of great value to understand both the content-box and border-box value of the box-sizing property. While the content-box is the default value, it is much easier to use the border-box property to avoid calculations which are often confusing.

Old enough to code, too young for the next step?

Write your first test in Cypress