Hey!
I have been working on a CSS library called FluidCSS, and after a fortnight of hard-coding, v0.5 is here!

FluidCSS is a CSS library designed for customisability, and is especially aimed at designers/developers who want to quickly make a working prototype of their design.

Which means, it has all the stuff you might need, like toggle switches, custom not-ugly checkboxes, radio buttons, modals, etc.

Another highlight is full customisability with css variables without any preprocessors [like sass, less, etc.]

What is doesn't have is a solid layout system. And it was on purpose. This removes memorising of unnecessary class names and stuff that would require a steep learning curve.

If you are asking why FluidCSS exists when there are viable alternatives like Bootstrap or Bulma, there are two reasons:

A. It's like comparing Photoshop to MS Paint. Photoshop is an advanced tool with a really steep learning curve, but Paint is a simple and intuitive tool. If you want to quickly crop a photo, which one would you rather choose?

B. The second reason is rather personal: I was dead bored, thanks to COVID-19.

Here is the GitHub repo:

A minimal, hackable css library with responsive design in mind.

This is a complete rewrite and overhaul. Some key changes are underlined below:

Shoutout to all stargazers and contributors!

The project is live at https://nikhilmwarrier.github.io/fluidcss

PS: Also, be sure to check out the animated gradient on the Homepage! 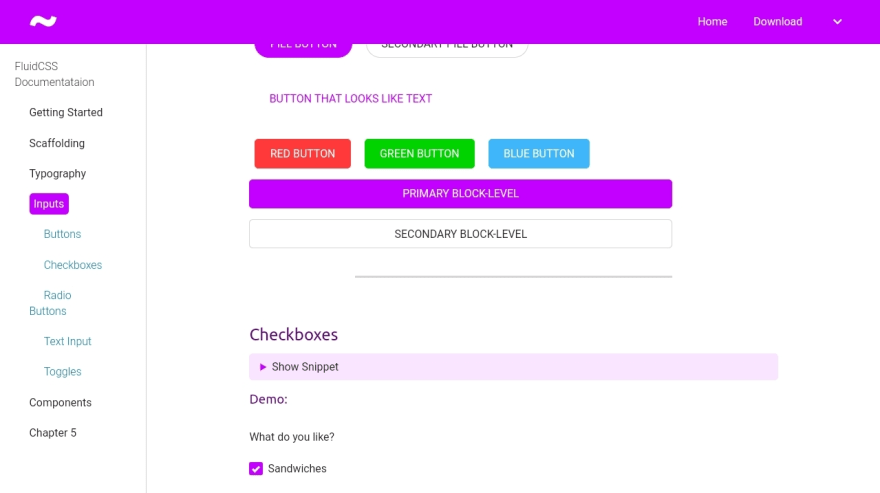 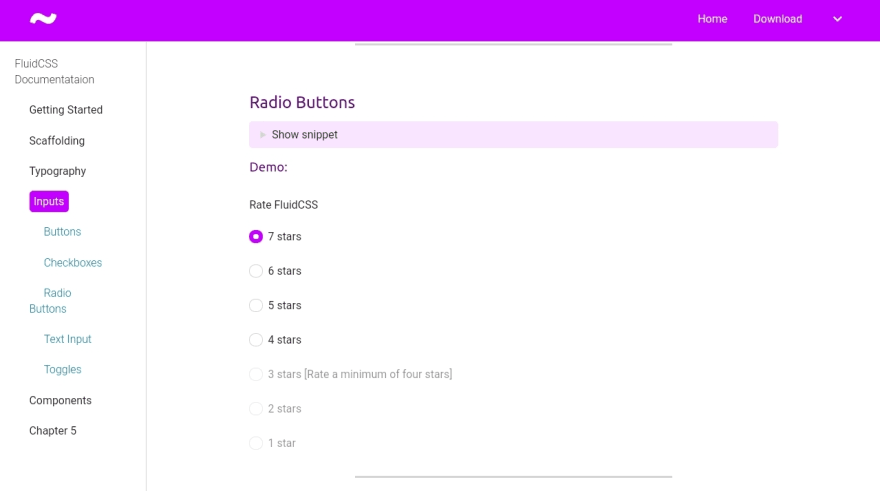 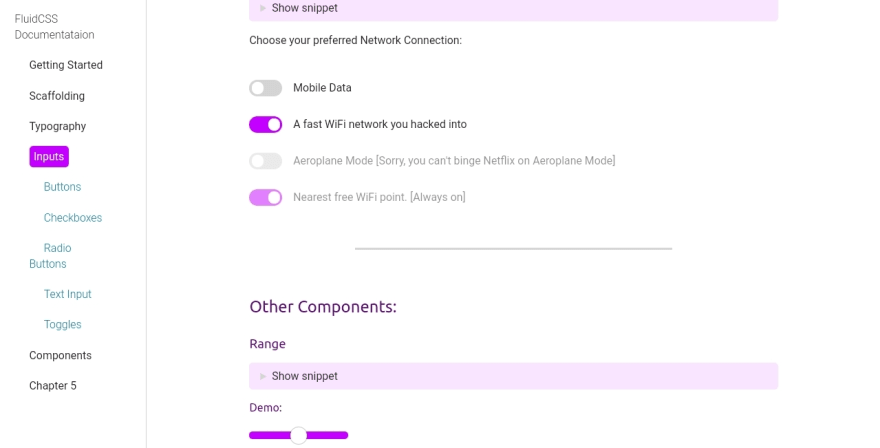